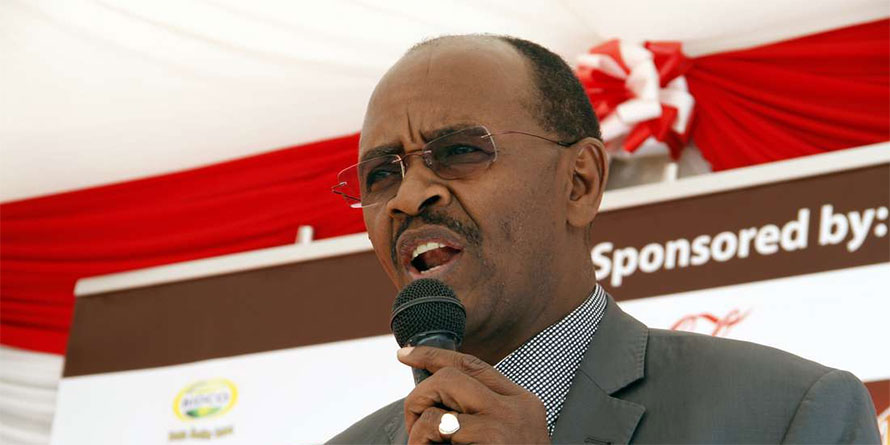 Mr Ciano was sacked in June 2015 on allegations of gross misconduct and negligence that left the listed retailer owing suppliers Sh1 billion.

He sought Sh47.4 million from Uchumi in terminal benefits and compensatory damages arising from his dismissal, which he termed unfair, unlawful, and inhumane terms.

High Court judge Stella Rutto said the dismissal was invalid because Mr Ciano had resigned two days before his ouster.

She added that court did not establish that Mr Ciano’s ouster was unlawful, and could not award him damages.

“The court arrives at the determination that Mr Ciano effectively resigned on June 13, 2015 and his subsequent termination on June 15, 2015 by Uchumi Supermarkets Limited was null and void,” said Justice Rutto.

“There was nothing to terminate. Mr Ciano had fired the first salvo and effectively extinguished the contract of employment. The termination by Uchumi was akin to flogging a dead horse. ”

“As there has been no finding on illegal termination, the claim for compensatory damages cannot be sustained,” said the judge.

In 2018, Mr Ciano was acquitted of a two-year legal burden after the High Court dismissed fraud charges against him over a flawed Sh895 million cash call in 2014.

The judge found that Mr Ciano had been taken through a faulty disciplinary process, saying that the regulator had not furnished the former Uchumi boss with the required information in time to enable him prepare for his defense.

The Capital Markets Authority (CMA) had based its charges on a forensic audit report by KPMG, which found, among others, that Mr Ciano and his wife were among Uchumi’s largest vegetable suppliers.

Mr Ciano did not ask for more time to prepare his defense.

The regulator had hit Mr Ciano with a Sh5 million penalty for the loss that his actions were deemed to have caused shareholders and sought to seize some Sh13.5 million as proceeds of crime because he failed to declare a conflict of interest to the Uchumi board.

Mr Ciano, who helped revive Uchumi in 2006 when it was put into receivership and given a government-led bailout, was ousted along with the chief finance officer after the retail chain fell behind on supplier payments.

In June 2015 the board was concerned of potential fraud and misconduct in the financial operations of Uchumi and its subsidiaries.

The board commissioned KPMG to conduct a forensic audit of financial operations.

The said forensic audit reportedly revealed massive malpractices that took place in Uchumi during the period.

In court, the company claimed that the former CEO acted negligently and failed to exercise any reasonable care and skill expected of a CEO.

That as a result, the company had suffered trading losses leading to its near collapse and erosion of its stocks on the Nairobi Securities Exchange.

But Mr Ciano denied the allegations and stated that he executed his duties with due diligence and to satisfaction since it was making profits during his tenure.

It was his testimony that by the time he left, Uchumi was valued at about Sh7 billion and the only outstanding loan was Sh182 million on account of the ICDC.

Mr Ciano argued that he was never served with the report of the forensic audit commenced by the company upon his exit and that he was never investigated despite presenting himself to the Directorate of Criminal Investigations (DCI).

In February, CMA was allowed to investigate audit firm Ernst & Young (E&Y) over claims that it helped cook Uchumi’s books, covering up transactions that left the retailer on its deathbed.

The Court of Appeal ruled that the regulator was free to inquire from E&Y its role in Uchumi’s affairs amid claims the audit firm abetted fraudulent transactions involving the retailer’s former managers amounting to over Sh1.9 billion.

A bench of three judges said the audit firm failed to demonstrate that the CMA breached its right to fair hearing when it summoned E&Y executives in 2016 to shed light on Uchumi’s 2014 and 2015 audit reports, following a probe by rival auditor, KPMG.

A forensic audit report by KPMG showed that Uchumi’s accounts for financial years 2010 to 2014 – prepared by E&Y as the retailer’s auditors at the time – contained misleading information.

Uchumi shareholders remain in the dark as the troubled retailer is yet to publish its financials for four years in an alarming regulatory breach.

The retailer has not released its financials for the year ending June 2018 despite several extensions from the regulator and subsequent financial calendar results for 2019, 2020 and 2021.

Peso down on hawkish Fed