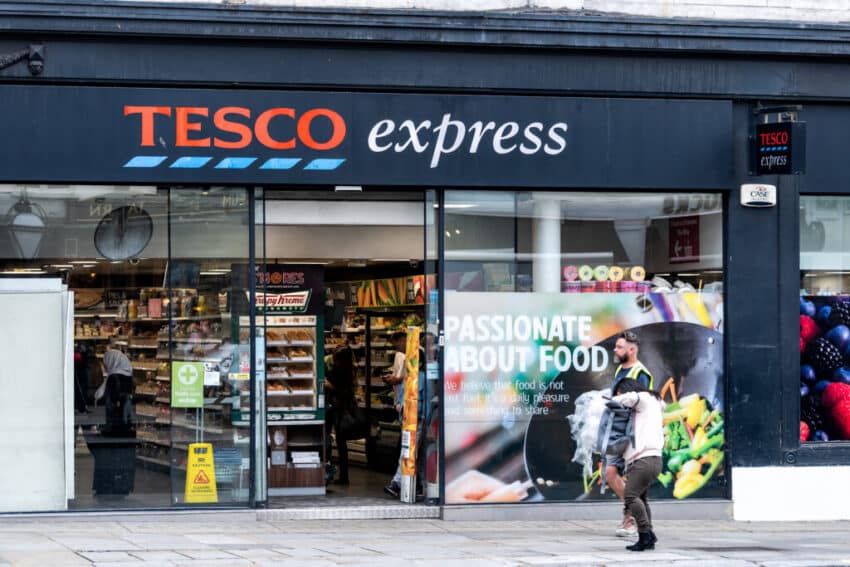 Profits at Tesco have more than tripled in the past year but inflationary pressures, an investment in lowering prices and an uncertain consumer environment has prompted the grocer to nudge forecasts lower.

Tesco said that due to the “significant uncertainties in the external environment” it would give a wider range of adjusted operating profits than normal of between £ 2.4 billion and £ 2.6 billion – below £ 2.8 billion consensus and even the £ 2.6 billion lowest estimate from analysts.

Shares in Tesco fell by 9p, or 3.5 per cent, to 261.2p in morning trading, with Clive Black, analyst at Shore Capital, nudging his recommendation to “hold” from buy ”following the grocer’s guarded outlook.

The strong results have prompted the supermarket to increase its dividend by 19.1 per cent to 10.9p and launch a £ 750 million share buyback; it expects to generate between £ 1.4 billion and £ 1.8 billion of retail free cash flow this year.

Ken Murphy, who took over as chief executive in October 2020, has pushed his strategy on Tesco offering “magnetic value”, extended its Aldi Price Match initiative and rolled out lower prices through its Clubcard loyalty scheme. Murphy said the promotions meant Britain’s biggest retailer was “more equipped than anyone else” to help shoppers respond to inflation. He added that customers had already indicated they were going to change their purchasing behavior and trade down to cheaper own-label lines.

As consumer households come under pressure from rising energy and fuel bills, the supermarket is aware that it is more important than ever not to lose customers to discounters Aldi and Lidl, as it did during the credit crunch. However, keeping prices low in the face of rising inflation will require significant investment for the supermarket.

“Against a tough backdrop for our customers and with household budgets under pressure, we are laser-focused on keeping the cost of the weekly shop in check – working in close partnership with our suppliers, as well as doing everything we can to reduce our own costs, ”Murphy said.

Tesco plans to save £ 1 billion over three years. It has already shut down 317 food counters and closed its Jack’s discount store formats to focus on its own supermarkets.

Business BriefingIn-depth analysis and comment on the latest financial and economic news.One-click sign up.
Tesco said that at its convenience business and Booker division sales recovered well as more people returned to offices and the hospitality industry bounced back from restrictions. However, while online sales remain two thirds higher than before the pandemic, they slipped back by 6.5 per cent last year as some shoppers returned to stores.

The supermarket also revealed that it had made a £ 193 million charge during the year following litigation from shareholders over its misstated accounts in 2014, and a separate £ 119 million cash payment in damages, interests and costs to the buyers of its Korean Homeplus division in 2015 following “legal claims from the purchases”.