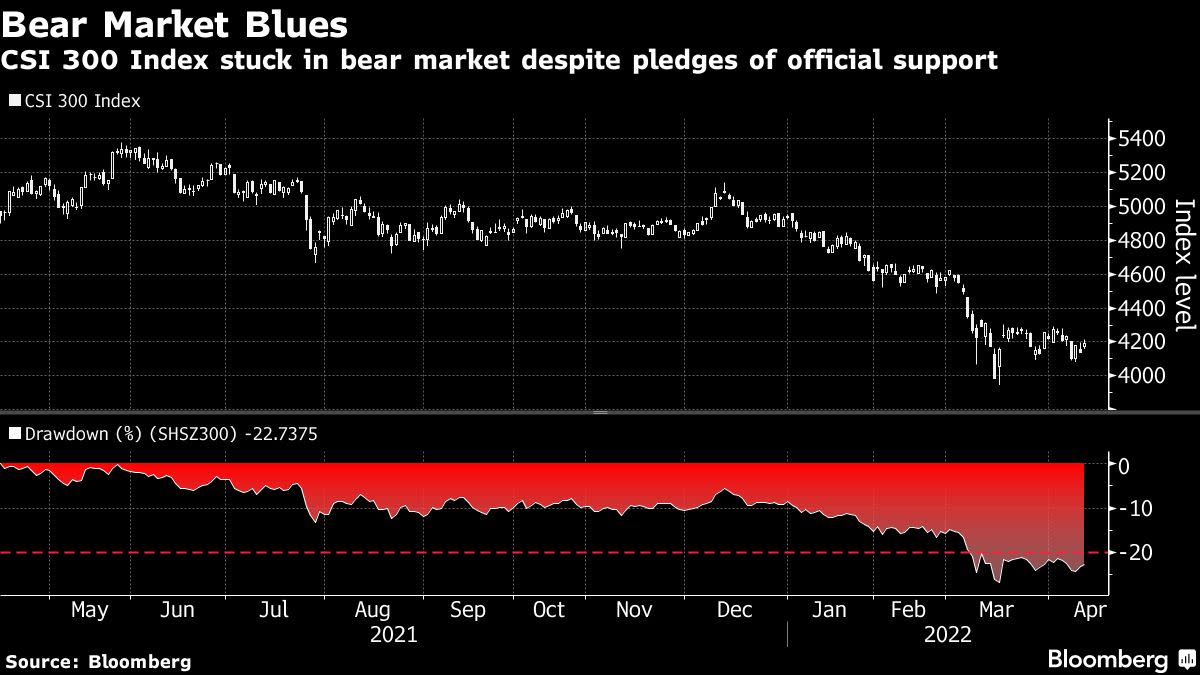 (Bloomberg) – Stocks and US equity futures fell Monday, while Treasury yields rose, as a jump in energy costs again highlighted the inflation concerns that are weighing on the global economy.

Japanese shares slid along with S&P 500 and Nasdaq 100 contracts. Treasuries dropped on the prospect of rapid Federal Reserve monetary tightening to curb price pressures, pushing the US 10-year yield to about 2.86%.

A gauge of the dollar advanced and the yen retreated. Gold reached a five-week high as a mood of caution prevailed across markets.

Natural gas and oil climbed, partly on risks from Russia’s war in Ukraine. The possibility of a de facto European Union embargo on Russian gas and the threat of some curbs on crude in Europe’s next sanctions package spurred both commodities. US natural gas prices hit a more than 13-year high.

China is due to release quarterly growth data and activity indicators for March, which may provide hints about the economic damage from Covid lockdowns. Officials cut the reserve requirement ratio Friday but refrained from lowering interest rates in a cautious approach to policy easing.

China’s Covid-linked restrictions are snarling supply chains and stoking global inflation pressures. The latter were already exacerbated by disruptions to commodity flows due to the war and Russia’s isolation. Concern is growing that the US economy faces a downturn from the Fed’s pivot toward aggressive policy tightening to contain the cost of living.

“Major regime change is rarely smooth in either geopolitics or economics, and markets are under-pricing these risks,” Eric Robertsen, chief strategist at Standard Chartered Bank Plc, wrote in a note. “We are increasingly concerned about a summer of turbulence and volatility.”

History suggests the Fed will face a difficult task in tightening policy to cool inflation without causing a US recession, according to Goldman Sachs Group Inc. It put the odds of a contraction at about 35% over the next two years.

In Shanghai, officials reported the first deaths from a surging Covid-19 outbreak. The city has also published plans to resume production after a prolonged lockdown, recommending businesses adopt so-called closed-loop management, where workers live on-site and are tested regularly.

What to watch this week: