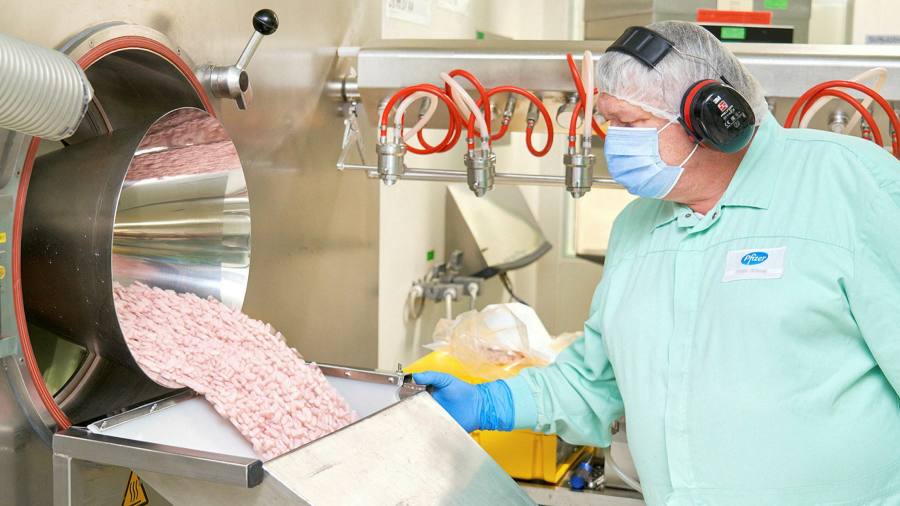 The World Health Organization has urged pharmaceutical giant Pfizer to be more transparent about the pricing of its antiviral drug Paxlovid after recommending the medicine to treat Covid-19.

The global health body, under new guidelines, recommended Paxlovid for people who developed mild or moderate symptoms but were at the highest risk of developing a severe illness leading to a hospital admission, such as unvaccinated, elderly, or immunosuppressed patients.

The WHO on Thursday said that its decision to recommend Paxlovid was based on new data from two randomized controlled trials involving more than 3,000 patients which showed that the risk of hospitalization was reduced by 85 per cent following the treatment.

In a high-risk group, where the chance of hospital admission was more than 10 per cent, that meant 84 fewer hospitalizations per 1,000 patients, officials said. Janet Diaz, the WHO’s Covid-19 clinical care lead, said that marked a “significant and important” difference.

But the body, in a statement, said it “strongly recommends that Pfizer make its pricing and deals more transparent and that it enlarge the geographical scope of its license with the Medicines Patent Pool so that more generic manufacturers may start to produce the medicine and make it available faster at affordable prices ”.

It said that the lack of clarity on the drug’s price was “making it difficult for public health organizations to obtain an accurate picture of the availability of the medicine, which countries are involved in bilateral deals and what they are paying”.

The WHO added that it was “extremely concerned that, as occurred with Covid-19 vaccines, low and middle income countries will again be pushed to the end of the queue when it comes to accessing this treatment”.

Pfizer, responding to the statement, said it had established a strategy in partnership with governments, global health leaders and manufacturers to “optimize overall supply and access of a safe and effective treatment to the most vulnerable parts of the world”.

This, it said, included “deploying a tiered pricing approach based on the income level of each country [and] offering a not-for-profit price to [low and middle income countries]”. The company said it was in “continued conversations” with a number of private partners and international organizations to provide Paxlovid to lower income countries.

Non-disclosure agreements and confidentiality clauses are standard in commercial contracts to build trust between the parties, according to industry insiders.

Lisa Hedman, a WHO expert on access to medicines, said Paxlovid was already available in a number of countries, delivered under bilateral deals that the countries had negotiated directly with Pfizer.

The value of these deals was not being disclosed under a confidentiality agreement with Pfizer, she said, but it was operating a tiered pricing scheme, where upper middle, middle and lower income countries paid different amounts. Only two prices had been publicly documented, she said: $ 530 paid by a high income country, and $ 250 by an upper middle income country for a course of treatment.

Hedman added that Pfizer had signed an agreement with Unicef ​​under which 4mn doses would be sent to low and middle income countries.

Separately, the WHO changed its guidance on another antiviral drug – remdesivir, developed by Gilead Sciences – which it previously rejected for all Covid-19 patients after fresh data showed that it could be effective for mild or moderate cases that carried a high risk of hospitalization .

The World Health Organization has urged pharmaceutical giant Pfizer to be more transparent about the pricing of its antiviral drug Paxlovid after recommending the medicine to treat Covid-19. The global health body, under new guidelines, recommended Paxlovid for people who developed mild or moderate symptoms but were at the highest risk of developing a severe…

Musk says he has secured $ 46.5 billion in funding for Twitter bid By Reuters