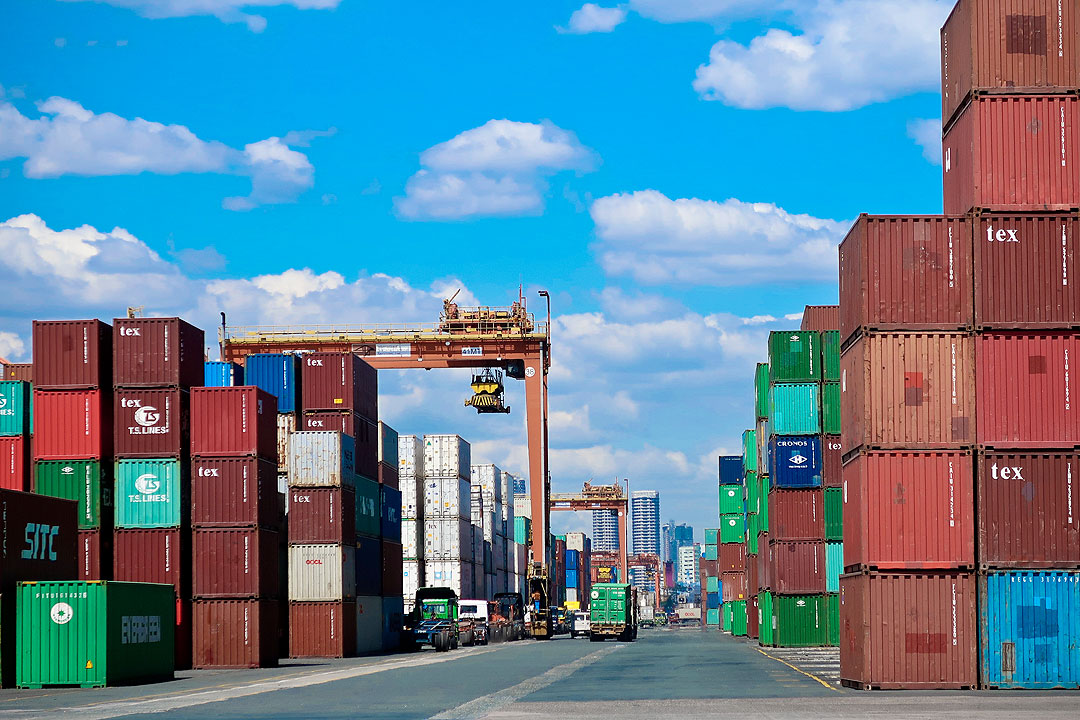 THE Philippines’ trade deficit further widened to a three-year high in 2021 as imports continued to outpace exports amid a coronavirus pandemic, latest data from the Philippine Statistics Authority (PSA) showed.

Final results of the PSA’s international trade data showed the value of outbound shipment of goods jumped by an annual 14.5% to $ 74.653 billion last year, a turnaround from the 8.1% drop in 2020. 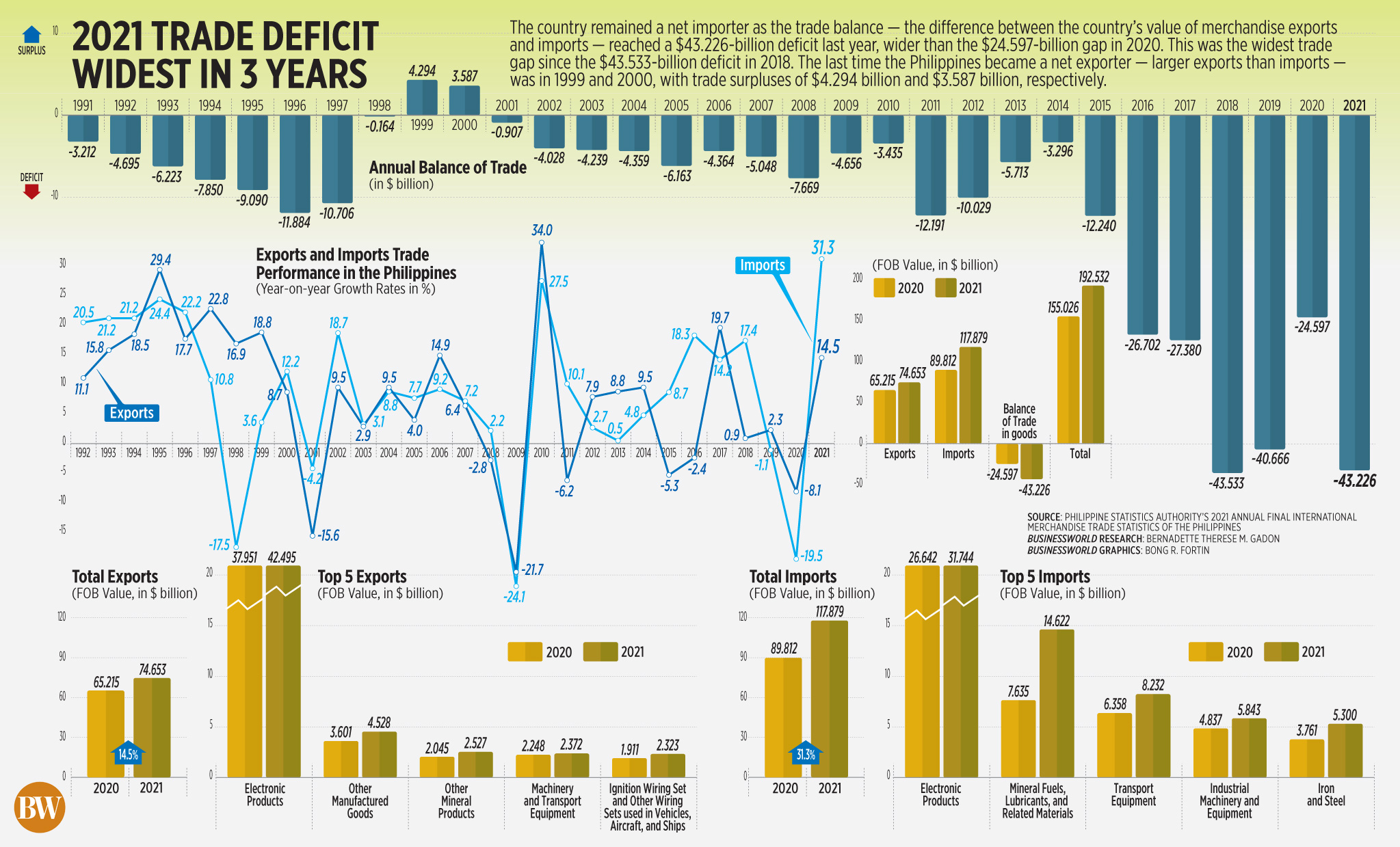 Both exports and imports were at record levels last year, according to the PSA data dating back to 1991.

The country remained a net importer as the trade balance – the difference between merchandise exports and imports – reached a $ 43.226-billion deficit last year, wider than the $ 24.597-billion gap in 2020.

In an email, ING Bank NV Manila Branch Senior Economist Nicholas Antonio T. Mapa said the jump in trade was due to base effects because 2020 was “an abnormal year” due to the strict lockdowns that caused supply chain disruptions.

He said 2021 was “an exceptional year,” as the economy gradually reopened. Trade levels in the past two years were still below 2019 levels.

“Although we did see a bit of catch up in terms of restocking inventory and returning to some level of normalcy for business activity, the pace of global trade had yet to fully normalize,” he said.

“One reason for this was the fact that the Philippines still faced two lockdown episodes in 2021,” he added, referring to the strict lockdowns implemented to curb a surge in coronavirus disease 2019 (COVID-19) infections in April and August last year.

The country experienced an Omicron-driven COVID-19 surge in January this year, but infections have considerably declined since then. Metro Manila and other areas have been below the most lenient alert level since March.

“The export sector was dominated once more by the mainstay electronics sector, which not only benefited from base effects but also from the stark pickup in demand for these products due to the global chip shortage,” Mr. Mapa said.

“Imports were dominated by the spike in fuel imports, driven by an increase in both volume and value.”

Electronic products, which made up 56.9% of the total export receipts and almost a third of manufactured goods, grew by 12% to $ 42.495 billion.

Semiconductors, which accounted for 41.7% of exports and more than a fourth of electronic products, increased by 7.4% to $ 31.161 billion.

Imports of raw materials and intermediate goods, which accounted for 40.7% of the total import bill last year, jumped by 32.7% to $ 47,998 billion.

Mr. Mapa expects demand for electronics this year to remain robust, but it could moderate as global growth slows due to the Russia-Ukraine war. Demand for food exports might rise this year, he added.

“This year, we face new headwinds in the form of renewed supply chain bottlenecks and the disruption brought about by the Ukraine war. Both the International Monetary Fund and the World Bank have trimmed their respective global growth projections which suggests that global trade will likely moderate in the near term, ”he said.

The IMF raised its Philippine economic growth forecast this year to 6.5% from 6.3%. The World Bank cut its outlook for the country to 5.7% from 5.8% due to the impact of Russia’s invasion of Ukraine.

Both projections fell below the government’s 7-9% target for 2022.

The government expects exports and imports to grow by 6% and 10% this year.