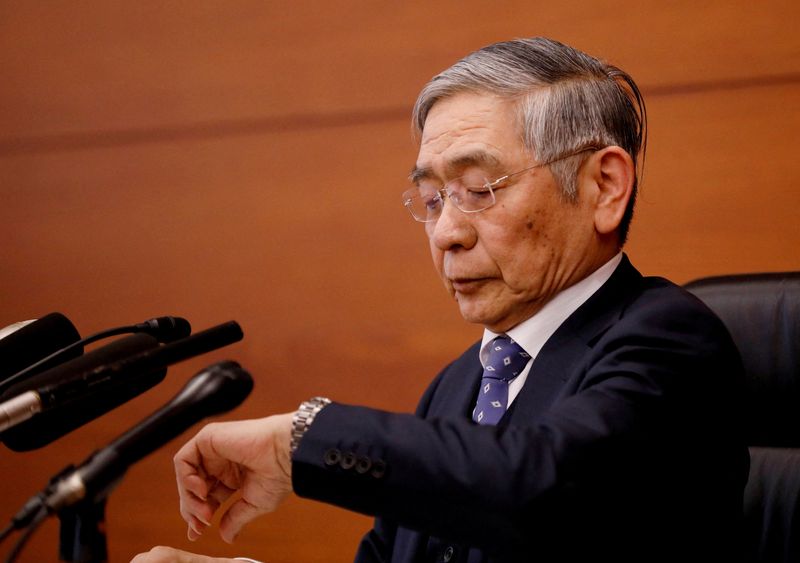 Japan’s inflation is expected to rise in the short run, but such a rise consists primarily of cost-push inflation and therefore lacks sustainability, Kuroda said.

“The output gap in Japan is negative, and there is still a long way to go to achieve the 2% target in a stable manner,” Kuroda said in a speech delivered at Columbia University, referring to the BOJ’s 2% inflation target.

“The Bank’s role in the current context is perfectly clear: to persistently continue with the current monetary easing centered on yield curve control,” he said.

While Japan’s consumer inflation may accelerate to around 2% from April due to one-off factors, the upward price pressure has not been as widespread as in the United States due to weak growth in services prices, Kuroda said.

If the increase in commodity prices heightens inflation expectations and triggers an unwelcome spike in wages, central banks need to tighten monetary policy, as is the case in the United States, Kuroda said.

“However, in Japan, it is unlikely that the current rise in commodity prices due to supply factors will immediately lead to a sustained rise in wages and prices,” he said.

Citing Japan’s negative output gap, Kuroda said there is no concern over an overheating of the economy.

“Given the developments in Japan’s economy, it is necessary and appropriate for the Bank to continue with monetary easing and thereby firmly support the economy,” he said.