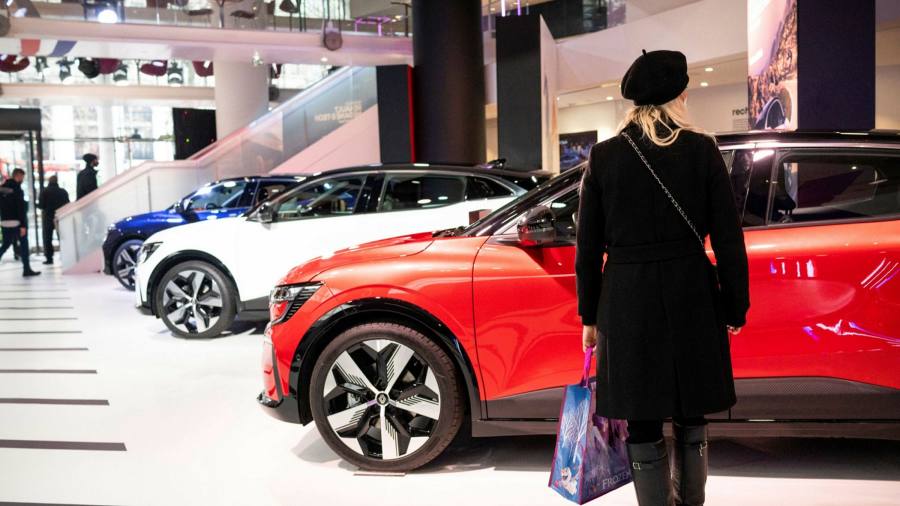 French carmaker Renault is exploring a stock market listing of its electric vehicle unit next year, as part of a plan to split the company in two.

It announced in February that it intended to create separate units for EVs and combustion engine models in February. As part of its results presentation on Friday, chief financial officer Thierry Piéton said one option being considered was a full listing of the electric business in the second half of 2023.

“We are looking at everything from [publishing separate] numbers[for the two units]. . . to a full IPO, ”he said.

Volvo Cars and Ford have both announced they will separate their electric and non-electric businesses, as EV sales rise and the industry considers what to do with legacy combustion engine operations.

Renault said on Friday it had had “a lot of interest” in its combustion engine business from “partners” since the announcement of its planned split.

It also said discussions about exiting its Russia business were “making progress”. It owns 68 per cent of Avtovaz, Russia’s largest carmaker, and the country is Renault’s second-largest market after France.

Renault announced last month that it would pull out of the country following the invasion of Ukraine.

“I wish I could give you more detail,” Piéton told investors on Friday. “It’s an ongoing discussion with Russian authorities and it’s making progress.”

In the first three months of the year, Renault’s revenues fell 2.7 per cent to € 9.75bn, which was not as bad as had been expected given the ongoing shortage of semiconductors.

It expects this will cause a production hit to the tune of 300,000 vehicles this year, the majority in the first half. Car sales fell 17 per cent in the quarter to 552,000, while in Russia they dropped by a third.

Revenues from Russia fell 15 per cent, to below € 1bn, in the quarter after halted production at Renault and Lada factories in the country. Avtovaz accounted for € 527mn of the € 900mn the company booked in sales from the country.

One-third of all cars sold in the three months were electric or hybrid, and the group said it was prioritizing electric and low-carbon models with the chips that it is able to secure.

It will hold a capital markets day in the autumn to update its long-term turnround plan following the loss of its second-largest market and the problems caused by the semiconductor shortage.