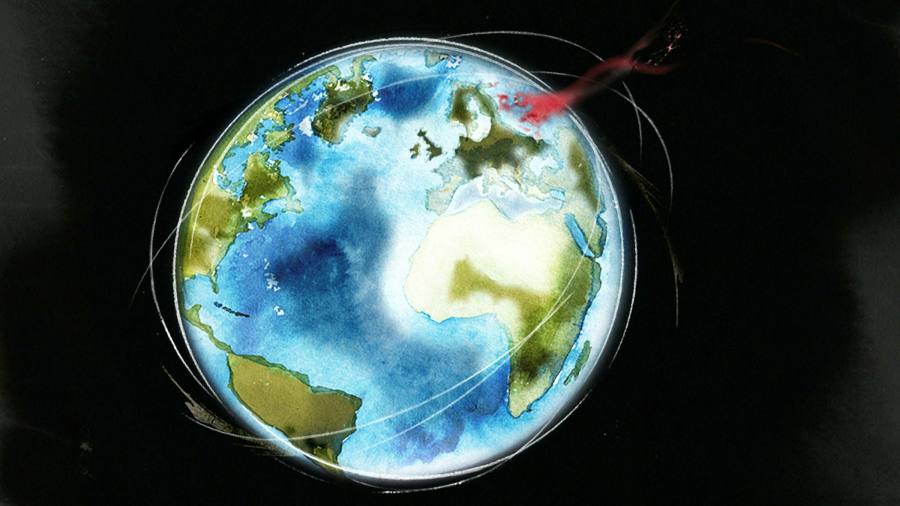 The writer is chair of the Center for Liberal Strategies, Sofia, and permanent fellow at IWM Vienna

As the world reeled from the shock of Russia’s invasion of Ukraine, one question was left unanswered. On whose behalf was the war declared? Are the majority of Russians hostage to Vladimir Putin’s imperial ambitions, or is Russian society the equivalent of Putin writ large?

During the invasion’s first days, most Europeans leaned towards the hostage theory and expected ordinary Russians to voice their opposition. It took the revelation of the unfathomable atrocities in Bucha for public opinion to shift, reconceiving Putin’s war as Russia’s war.

The Kremlin’s total media control and growing repression were seemingly no longer sufficient to explain, let alone justify, the silence of Russian society. Did Russians not know the truth about Bucha or did they not want to know it? Many Europeans were outraged by the way the country’s citizens swallowed hard and shut their eyes to their army’s barbarism.

After the Chernobyl nuclear disaster in 1986, an exclusion zone was created around the reactor that exploded. For Europeans and for the western political mind generally, Russia has become a geopolitical Chernobyl: a site of moral disaster, a place of danger to be sealed off. And so many Europeans today are dreaming about a world without Russia.

In their imagination the west no longer consumes Russia’s energy resources. Cultural contacts are severed and Europe’s borders are fortified. It would be as if Russia had disappeared. Even pathologically optimistic business leaders see little opportunity of reinvesting in Russian markets in the coming years. And while Putin remains in power, a significant easing of western sanctions appears a remote prospect.

Many western policymakers have already given up on the hope of change in Russia. Instead, they focus on measures aimed at limiting the country’s ability to achieve its foreign policy objectives.

But any attempt to seal off Russia would be very different from the west’s cold war policy of containment of the Soviet Union. As George Kennan conceived it, containment was predicated on an assumption that over time the Soviet regime was destined to collapse because of its internal contradictions. A Chernobyl-style isolation would assume that Russia can never change.

The cold war was rooted in a discourse in which the regime was to be blamed but the people declared innocent. The Soviet Union was depicted as a prison-house, and Soviet leaders were never recognized as legitimate representatives of their society.

In contrast to this idea of ​​an evil regime and a repressed people in which change is still imaginable, a policy that seeks to create an “isolated Russian zone” unconsciously adopts a discourse in which Russia as a civilization is immutable.

There are myriad moral reasons why Russia should be ghettoized as a geopolitical Chernobyl. But treating Russia as a collective Putin will be a strategic blunder. Here is why.

First, this notion will primarily benefit the Russian leader. It unwittingly gives him the legitimacy to speak on behalf of the Russian people. Worse, it justifies his twisted narrative that the only Russia the west can tolerate is a weak or defeated one. If Russia is a geopolitical Chernobyl, the only reasonable strategy for any freedom-loving Russian is to bolt for the exits.

Second, an isolation strategy is probably self-defeating because it closes off interest in what is happening in Russia. It predicts that Russians’ failure to speak out against the war means that the country will never change its attitude towards it. It will miss the fact that more than a few Russians support the war not because they support the regime but because they irrationally hope that the war will change the regime.

Opposition-minded people hope that a defeat for the Russian army in Ukraine will bring Putin down. Many of his supporters relish the destruction of the despised, Putin-enabled offshore elite. In the words of a famous rock singer, after the west seized the property of the oligarchs, Russians finally became “equal like in 1917”.

Third, to bet on a world without Russia is ultimately futile because the non-western world, which may not favor the Kremlin’s war, is hardly eager to isolate Russia. Many see the current barbarism as disgusting but not exceptional. They practice value-free realism. Many of the states that US President Joe Biden invited to his Summit for Democracy have not placed sanctions on Russia.

Russia’s military offensive in the Donbas only intensifies the clash between those who view the country as morally irreparable and those who see it as an unavoidable reality in global politics. The offensive will force European public opinion to choose between “the peace party” (those who insist that the west’s priority should be to stop hostilities as soon as possible, even at the cost of major concessions from Ukraine) and “the justice party” ( those who insist the priority should be to expel Russian troops from Ukrainian territory even at the cost of prolonged war).

Peace and justice do not rhyme in European history. Whether you call the invasion of Ukraine Putin’s war or Russians’ war is not a matter of taste but a strategic choice. It signals the west’s expectations about its relations with post-Putin Russia, whenever that arrives.