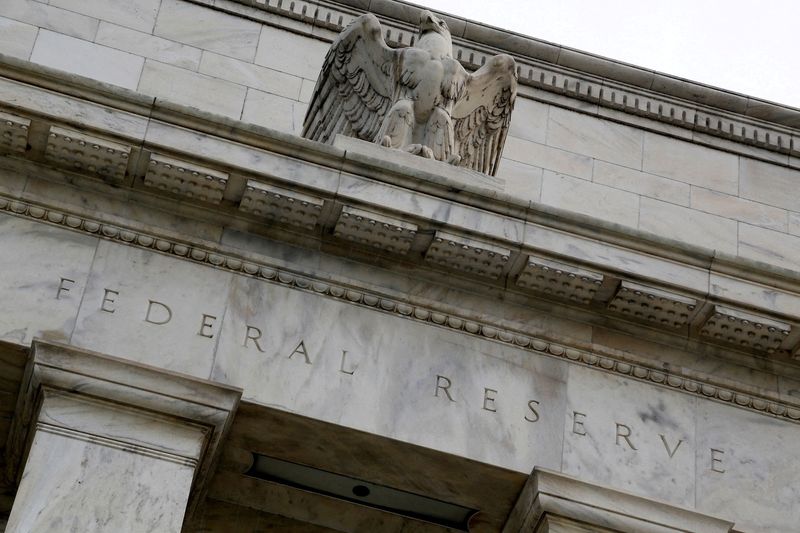 (Reuters) -With expectations for a half-percentage point hike at the Federal Reserve’s May meeting now locked in, traders on Friday piled into bets that the central bank will go even bigger in subsequent months, but one Fed policymaker pushed back, saying a more “methodical” approach was appropriate even in the face of too-high inflation.

“You do not need to go there at this point,” Cleveland Fed President Loretta Mester told CNBC, referring to the possibility of a 75 basis point rate hike. Traders are now pricing in two such outsized rate hikes, at the Fed’s June and July meetings.

Coming from Mester, one of the Fed’s more hawkish policymakers and a supporter of using half-point hikes to get inflation on a downward trajectory more quickly, it was a notable bid to tamp down market panic on a day when US stock indexes tumbled.

“Let’s be on this methodical rather than overly aggressive path,” Mester told CNBC in what is likely to be the last public set of comments from Fed policymaker ahead of their May meeting.

Fed Chair Jerome Powell on Thursday gave a “go” sign to a half-point hike then and signaled he would be open to “front-end loading” the US central bank’s retreat from super-easy monetary policy.

Those remarks solidified traders’ bets on a rise in short-term borrowing costs to the 0.75% -1% range at the Fed’s May 3-4 meeting, and sent them newly piling into expectations for bigger hikes in June and July.

At Friday’s market close, after Mester spoke, futures contracts tied to the Fed’s policy rate signaled a more than 80% chance of another 1.5 percentage point increase in the fed funds rate, to the 2% -2.25% range, by the close of the Fed’s July 26-27 meeting.

Some economists are also newly penciling in stepped-up policy tightening.

Jefferies chief economist Aneta Markowska on Friday said she expects the Fed to use a string of half-point hikes to get rates to a 2.25% -2.5% level by September, a more aggressive path than she had previously anticipated.

And Nomura Research analysts, who now see the Fed delivering increases of 0.75 percentage points at each of the Fed’s June and July meetings, said Friday that market bets could help cement that actual outcome.

“Stronger (market) pricing for such a move would likely ease the path for the FOMC and participants could likely forge a consensus on such action quickly,” they wrote in a note published early Friday.

The Fed lifted its policy rate by a quarter-percentage point last month in its first increase after what had been two years of a near-zero policy rate, though “many, many” Fed policymakers felt bigger rates hikes would be appropriate, Powell noted Thursday.

“50 basis points will be on the table for the May meeting,” Powell said. “I also think there’s something in the idea of ​​front-end loading” the removal of accommodation, he added.

Adding to the sense of urgency, even dovish Fed policymakers like San Francisco Fed President Mary Daly and Chicago Fed chief Charles Evans this week embraced the idea of ​​a half-point hike in May and of getting interest rates to a “neutral” level by the end of the year.

But with inflation as high as it is – consumer prices rose 8.5% last month, well above the Fed’s goal of 2% – some observers say interest rates will need to rise even further for the “real” cost of borrowing to be high enough to start biting into economic activity.

Daly told reporters earlier this week that she believes 2.25% -2.5% is still a “reasonable” estimate for neutral, but noted that policymakers will not really know until rates get closer to that level and they can observe what happens in the economy.