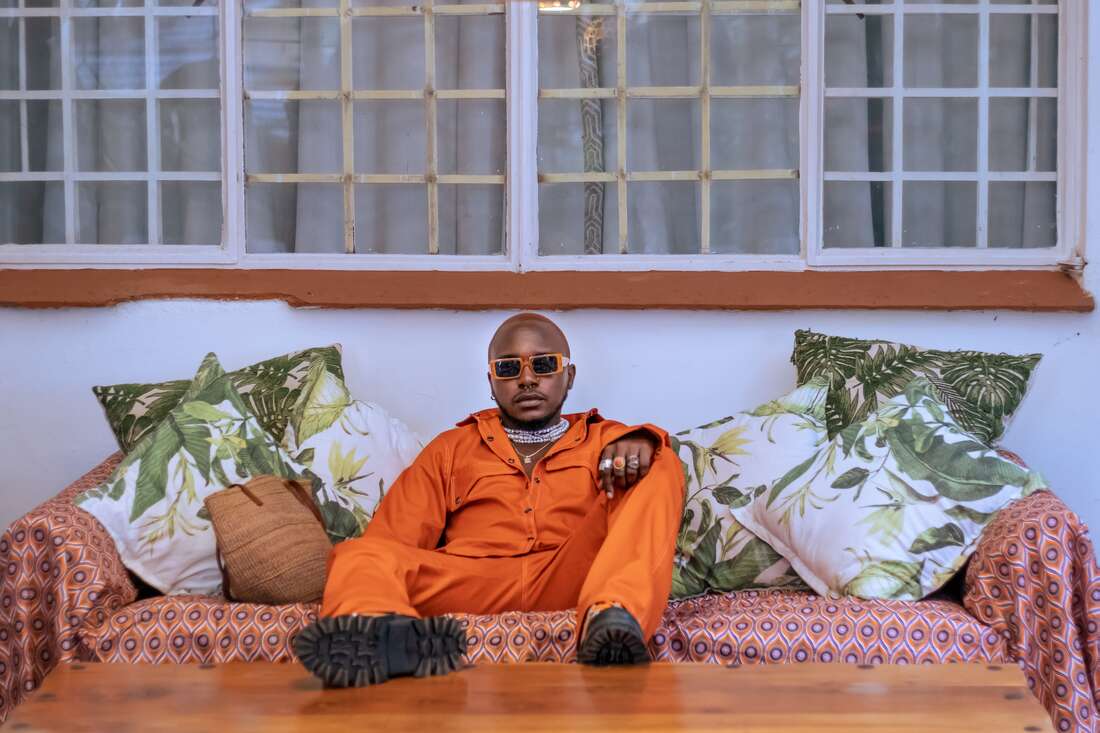 If you are going through life, confused about your identity and trying to establish a path that will allow you to fulfill your purpose, then a new collection of songs by a member of one of Africa’s leading bands may inspire you to explore your inner self and gain the confidence to personal freedom.

Willis Austin Chimano, the baritone voice of Sauti Sol, who once described himself as a creative introvert is emerging from his shell with the release of his first solo project, the EP “Heavy Is the Crown”.

“The title is about wearing your crown with pride and not waiting for someone else to validate your existence. When you do your own thing, in your way, it can be taxing, ”he explains.

The singer / songwriter is living life on his terms, from his bold, retro fashion sense to championing individual freedom, which his solo project allows him, away from the confines of the group.

The collection of seven songs, recorded over six months and officially released a week ago is part of that personal evolution with themes that all connect with this newly discovered sense of purpose.

“The overarching theme behind each of the songs is just about expressing myself, my story, my vulnerability, my truth, doing justice to myself and to other people who may be confused about their identity,” says Chimano.

He offers an assurance: “It takes time but you will get there. That other part of you is waiting to be let loose and take you to the next chapter of your life. ”

The enthusiastic reception to his first solo single “Friday Feeling”Released in December last year was always a forebearer of what was to come when his entire project was finally completed.

“I was pleasantly surprised by its success, but primarily I wanted my thoughts on freedom, fun, and happiness to be delivered through the song.”

He says working on this EP has enabled him to come to terms with his personality.

“I made a best friend, a best friend who is in me and was waiting to come out to create Brand Chimano. I felt challenged, I felt uplifted and got to understand who I am, which gave me the confidence to believe in myself 150 percent. ”

The songs are flavored by a combination of 1980s disco and funk, 90s dance, and R&B, which all comprise the biggest musical influences on Chimano.

The new single accompanied by a video is the down-tempo and soulful “Hallelujah”, A song that was written by Sauti Sol band-mate Bienaime Alusa.

“This is a song that is a message to myself that wherever I am going I will put myself first. It could also be a message to other people who hope to join us on this amazing journey, ”he explains.

The song reaches a climax with poignant choral vocals accompanied by a soft violin. According to Chimano, the decision to keep the video focused on just one scene is deliberate so that the uplifting message of the song is not distracted by elaborate sequences.

“Simple visuals so that the message is felt and seen,” he says.

“Beautiful Day”Is a romantic slice of R&B that Chimano wrote for his partner inspired by the Sunday afternoons spent relaxing at home in a quiet, serene environment.

He strikes a different tone on “Solves“An energetic dance track that celebrates the determination to give your all and refuses to be pushed against the wall, and”Stereo”Is a feel-good tune walking through the legacy of recorded music formats, from the vinyl records to the Walkman, and Mp3.

Chimano is currently with his band-mates on the European leg of their Midnight Train tour, and he says the experience of competing in his project has given him a whole new mindset within the group. “Chimano has arrived!” he declares.

“It feels good to be at peace with yourself. It is a good place to be and to stick to your values ​​and authenticity. ”

“This EP is actually who I am, not that I have been hiding, only that it takes time for your true self to shine brightly from your soul to the outside.”

5 Business Plan Tips for Startups in the Cannabis Industry