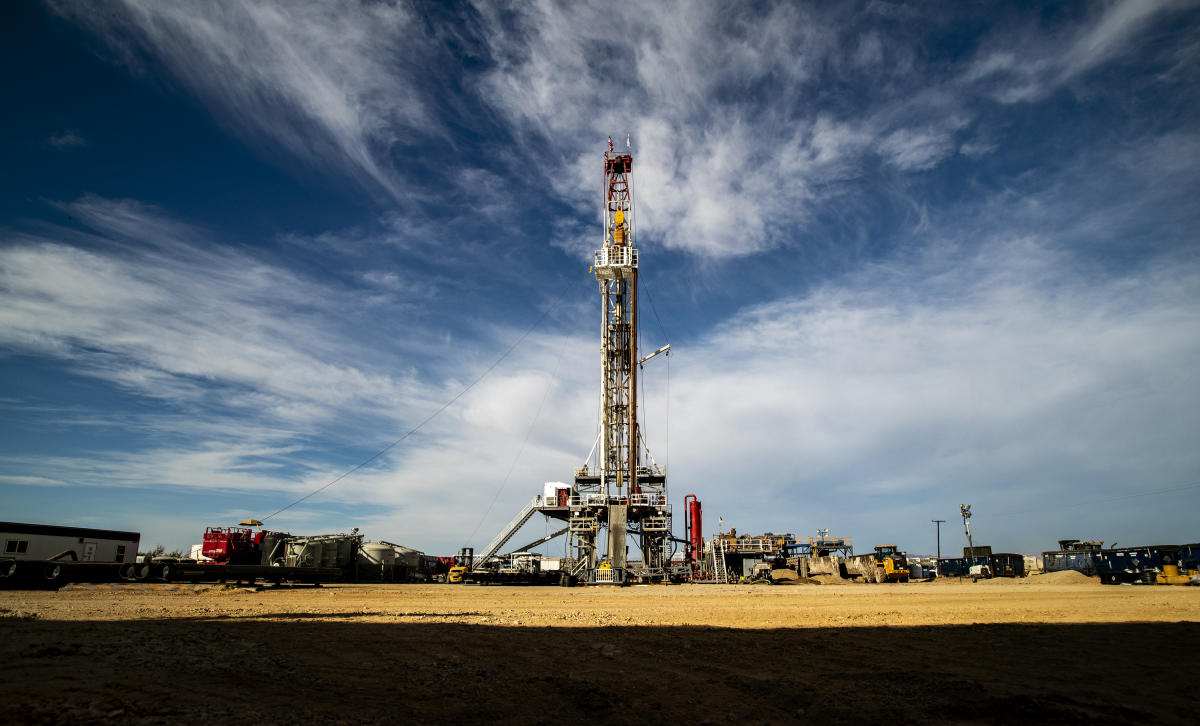 The Salton Sea, California’s largest lake, is best known for increasing salinity and receding shoreline over the course of multiple decades that led to the health crisis and a massive die-off of the area’s wildlife.

That is changing as a White House push to rid cars of fossil fuels and a global hunt to source critical minerals for electric vehicle batteries is recasting the region 160 miles southeast of Los Angeles as an El Dorado for the country’s hopes to tackle climate change.

“This is a very defined boundary, very defined field, and so you can put a well down anywhere within the field and you know, strike white gold, if you want to call it that,” Rod Colwell, CEO of Controlled Thermal Resources ( CTR), an Australian mining firm developing a geothermal power plant with a lithium mining plant on site, told Yahoo Finance. “The lithium resource would be the largest on the planet, fully developed… so it’s a very, very unique resource.”

Colwell said the region, which California Governor Gavin Newsom has dubbed the “Saudi Arabia of Lithium,” has such an abundance of the resource that it can source enough “white gold” to be used in every electric vehicle manufactured in the US and still have enough saved up to export abroad.

Lithium is critical for accelerating the transition to low-emission vehicles as the average electric car battery requires roughly 8-10kg of the metal. Growing demand has already sent the price of lithium skyrocketing nearly five-fold over the last year from $ 17,000 a ton to roughly $ 80,000. And global demand is projected to grow by 40 times in the next 20 years, according to the IEA, with a bulk of that supply coming from China.

The demand has accelerated so quickly that it prompted Tesla (TSLA) CEO Elon Musk to tweet that his company should consider mining the metal itself.

“I think the thing that people ignore is that if Biden gets his way, it would not just be that you would have 50% EV sales by 2030,” Allen added. “The market share of EVs will increase steadily to that point. It’s going to put a lot of demand into a market that already has people asking, ‘How are we going to fill this?’ ”

‘The whole supply chain can be located here’

The geology of the Salton Sea offers a solution for carmakers looking to localize their supply chains, according to Colwell.

The region already offers more geothermal capacity than anywhere in the world and has the potential to power more than 1.5 million homes. The brine that flows to the surface in the process of power generation also contains enough lithium to produce 600,000 tons of the mineral every year, which the California Energy Commission estimated to be six times the amount produced globally in 2021.

At its Hell’s Kitchen plant, CTR envisions a full-scale operation that mines lithium using renewable energy, within driving distance of key EV manufacturers in Southern California and Mexico. Electric vehicle and component makers have begun flocking to the area.

Last summer, General Motors (GM) signed a strategic investment with CTR to secure lithium directly from the plant. Berkshire Hathaway Energy, which already operates 10 geothermal plants, announced its own plans to explore lithium extraction at scale in Imperial Valley. And Italian firm Italvolt recently launched a new company to develop a lithium battery gigafactory in the area with a production capacity that would serve roughly 650,000 electric vehicles.

“The whole supply chain can be located here in the Imperial Valley or Lithium Valley,” Colwell said.

Restoring a toxic lake and its surrounding communities

Each company has touted a potential economic boom in the region, offering promises of thousands of jobs.

But local residents remain skeptical, in part because of the valley’s history. Imperial County is among the poorest counties in the state with nearly 20 percent of its residents living in poverty.

“Industries are well known to fall short on their promises,” Salton Sea Program Director Frank Ruiz told Yahoo Finance. “And that can be the case unless an education pipeline is designed that will allow young kids to have a foot in those professions, identifying how many chemists, how many engineers, how many entry-level positions this industry will need, and making sure that these kids are put in the pipeline to get to those jobs. ”

Communities in the Imperial Valley face challenges other than poverty. The shrinking desert lake poses a health hazard to nearby residents, creating an elevated asthma risk from the lung-irritating dust that rises from Salton Sea’s increasingly exposed bed. And the conditions have been exacerbated by an ongoing megadrought in the region.

The state has struggled to take ownership of a restoration plan for years. The latest Salton Sea report from the California Natural Resources Agency shows that $ 113.5 million of state funding over the past two decades has been spent mostly on studies, planning, staff, and consultants. Relatively little has gone to actual construction at the lake.

In a recent call with the White House, Paz implored President Biden to consider these needs beyond economic opportunities and highlighted the region’s history of “unfulfilled promises.”

“We have people who are willing and want to work. What we do not have is adequate roads, adequate transmission lines, or electricity for housing, ”said Paz, who also serves as Chair of the newly formed Lithium Valley Commission. “We need to look holistically about what the needs are. What are the opportunities to be investing in order for us to start filling in those gaps. ”

At the same time, Paz said she sees the tide shifting, in part because of the focus on domestic production of critical minerals at the state and federal levels in addition to financial incentives to drive the growth.

“There’s interest in continuing this research to rapidly convert lithium from the brine of geothermal energy to battery-grade lithium in order to really bring economic opportunity,” Congressman Raul Ruiz, a Democrat representing California’s 36th Congressional District, told Yahoo Finance. “But without the meaningful consultation from local community residents and labor groups, and without tying it to the public health threat, and improving infrastructure for local communities, then it’s not gonna be complete.”

The Salton Sea, California’s largest lake, is best known for increasing salinity and receding shoreline over the course of multiple decades that led to the health crisis and a massive die-off of the area’s wildlife. That is changing as a White House push to rid cars of fossil fuels and a global hunt to source…