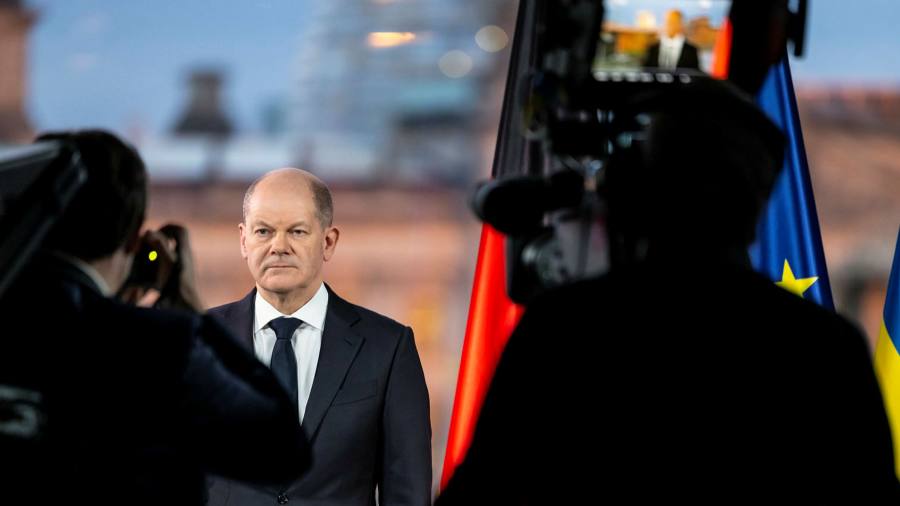 Germany has a special responsibility to stop Putin’s evil

The writer is Fritz Stern Chair at the Brookings Institution

A merciless war is being waged in the middle of Europe – on Germany’s ruling Social Democratic party. That, at least, is what a casual observer of German politics might conclude.

Rolf Mützenich, the head of the SPD’s parliamentary faction, has denounced demands by his Green and Free Democratic coalition partners for heavy weapons deliveries to Ukraine as “irresponsible”. His colleague Ralf Stegner toggles between angry tweets and accusatory Facebook screeds against critics of his party’s past policy towards Russia.

Sigmar Gabriel, a former foreign minister, has weighed against “dangerous conspiracy theories” about German-Russian networks of influence. The maudlin self-pity is unedifying. Its stridency suggests that criticism is hitting home.

Chancellor Olaf Scholz himself is becoming thin-skinned. He has dismissed three Bundestag members who had visited Ukraine and called for more military support, as “boys and girls”. In a recent interview, he suggested sending heavy weapons would make Germany and NATO “parties to the war.”

The cold truth is that there is much to criticize. It is way past time for the SPD to expel its top Russian gas lobbyist, former chancellor Gerhard Schröder. It is also essential that German courts should investigate the links between Manuela Schwesig, premier of the eastern state of Mecklenburg-Vorpommern, and the pipeline operator Nord Stream 2, fully owned by Gazprom.

It is, however, missing the point to call for Frank-Walter Steinmeier, the president and another former foreign minister, or former chancellor Angela Merkel to be hauled in front of a parliamentary commission of inquiry. When they held power, they and other German politicians shrewdly assessed that they were doing exactly what the business sector and the general public wanted.

At least Steinmeier has publicly declared that he was wrong. But as for Russia’s war of annihilation and its relentless atrocities against Ukrainians, they are on all of us.

To Scholz’s credit, he and his government took power with an ambitious domestic transformation agenda. Four days after Russia’s invasion, the chancellor acknowledged the need for a Time consuming, or turning point, in German energy and security policy as well, and he promised to support Ukraine. It’s hard to imagine Merkel, his Christian Democratic predecessor, doing either. Unfortunately, none of Germany’s short-term options for helping Kyiv and preventing a Kremlin victory is good.

Because Germany’s hydrocarbon imports fuel the Russian war machine, Berlin wants to stop importing coal by the summer, and oil by the end of the year. But it fears that cutting off gas imports now – instead of in 2024, as initially planned – could create a massive recession and political turmoil. On that point Janet Yellen, the US Treasury secretary, seems to agree.

Ukraine is begging for heavy weapons, as Russia steps up its offensive in Donbas. But on this question Scholz has dithered, prevaricated and thrown up smoke, to mounting anger among Germany’s allies and his coalition partners. The shortfall of usable German military kit is real, and so is pressure from the SPD’s intransigently pacifist leftwing. In a belated compromise, Berlin is acting to backfill weaponry provided to Kyiv by other NATO allies.

Scholz is not helped by a speaking style that runs the gamut from stoical to gnomic. Some of his ministers are weaker than others. But his real problem lies elsewhere. As a parliamentary democracy, Germany has a federal executive that is weak by design. The chancellery staff is tiny compared to those of other major democracies. Scholz’s most senior advisers are spreading themselves thin. It shows.

For Scholz’s volatile “traffic light” coalition to survive and wield power effectively, it must change the way it governs. The foreign ministry is working on a national security strategy, Germany’s first such document. In principle this will help articulate strategic goals more coherently.

But even more urgently, the chancellery needs a proper national security staff that can advise and assist the head of government to weather an age of continual disruptions. It matters all the more because Germany has a special responsibility to put a stop to the evil unleashed by Putin.

The writer is Fritz Stern Chair at the Brookings Institution A merciless war is being waged in the middle of Europe – on Germany’s ruling Social Democratic party. That, at least, is what a casual observer of German politics might conclude. Rolf Mützenich, the head of the SPD’s parliamentary faction, has denounced demands by his…