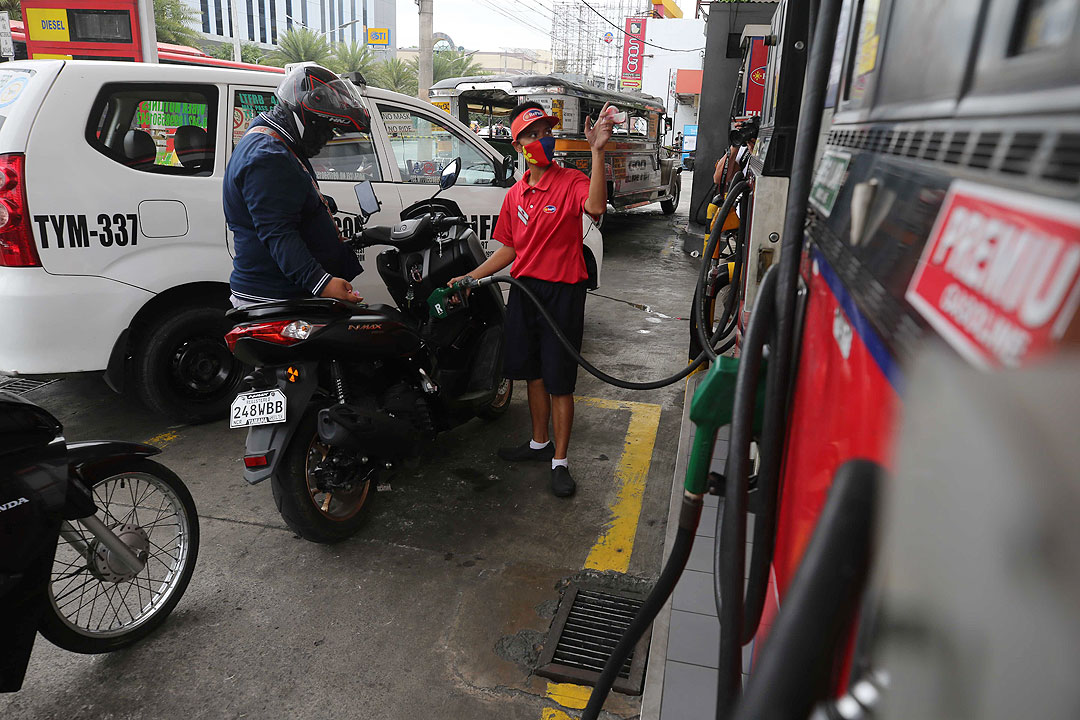 THE PHILIPPINE Congress is unlikely to pass a proposed measure that would give the government powers to intervene in the event of a spike in oil prices, according to the Energy department.

This as fuel retailers announced gasoline prices will go up by P3 per liter on Tuesday, while diesel and kerosene prices will increase by P4.10 and P3.50 per liter, respectively.

In a televised news briefing on Monday, Energy Undersecretary Gerardo Erguiza, Jr. said amending the country’s oil deregulation law before the end of President Rodrigo R. Duterte’s six-year term may be challenging because lawmakers are now focused on the election campaign.

He said the law is still under review in both chambers of Congress, with only months left before Mr. Duterte leaves Malacañang.

“Whether or not the (proposed) amendment in this Congress would be finished, the House and Senate would still have to convene, ”he said. “Based on our estimates, it will be difficult for any amendments to be passed because the election season has changed their priorities. ”

“After the polls, canvassing, lawmakers have to go around of course and maybe thank their constituencies and maybe even take lighter loads,” he added.

The House Committee on Energy in March approved amendments to the Republic Act No. 8479, also known as the Downstream Oil Industry Deregulation Act of 1998. If passed into law, the measure would prevent oil companies from raising old stock prices and require them to increase their minimum inventory to prevent fluctuations in local fuel prices. It would also require oil players to unbundle domestic prices.

On March 23, Senate President Vicente C. Sotto III said lawmakers still have time to change the 24-year-old law even if Mr. Duterte decides not to call for a special session.

Congress is currently on a break for the elections until May 22. Lawmakers resume session on May 23 until the 18th Congress adjourns sine die on June 4.

Progressive groups have been urging the government to review the law, saying it has allowed oil price increases to go unchecked.

Ukraine has been urging the EU to ban Russian oil and gas as the war continues.

Reuters reported on Monday that Brent crude futures fell by 4.5% to a two-week low of $ 101.78 barrel, as investors worry that coronavirus lockdowns in China will dampen global demand. – Kyle Aristophere T. Atienza

Vehicles line up at a gas station on Monday. – PHILIPPINE STAR / RUSSELL PALMA THE PHILIPPINE Congress is unlikely to pass a proposed measure that would give the government powers to intervene in the event of a spike in oil prices, according to the Energy department. This as fuel retailers announced gasoline prices will…

Tips for Choosing a Cheap Travel Insurance Plan in Singapore