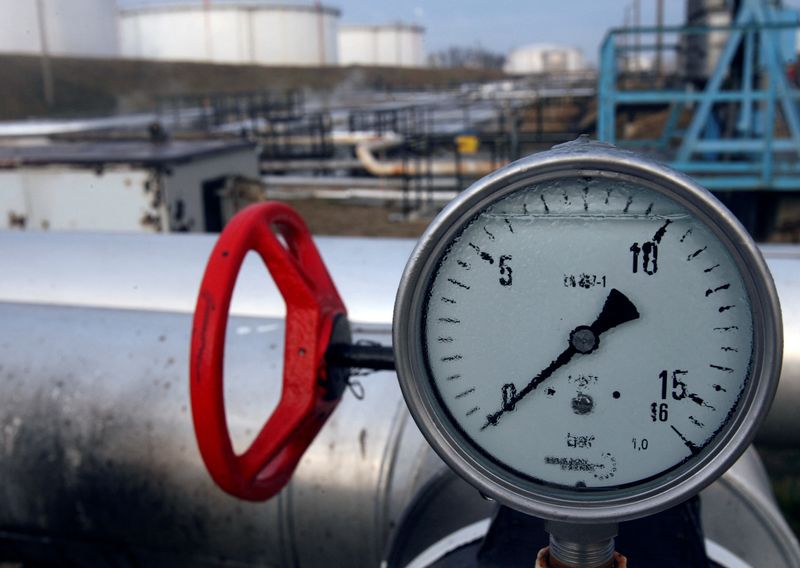 Investors are trying to adjust their positions before the US summer driving season kicks off later in May, he said.

“But oil prices are not expected to fall below $ 90 a barrel due to the prospect of a potential ban by European Union on Russian oil amid a deepening Ukraine crisis,” he said.

Shanghai authorities battling an outbreak of COVID-19 have erected fences outside residential buildings, sparking fresh public outcry over a lockdown that has forced much of the city’s 25 million people indoors.

US Federal Reserve Chairman Jerome Powell has indicated that a half-point interest rate increase “will be on the table” when the Fed meets in May to approve the next in what are expected to be a series of hikes this year.

On the supply side, US energy firms added oil and rigs for a fifth straight week amid high prices and prodding by the government.

In Europe, the Russia-Kazakh Caspian Pipeline Consortium (CPC) was resuming full exports from April 22 after almost 30 days of disruptions following repairs on one of its key loading facilities, three sources familiar with the port loading plan told Reuters on Friday.

Still, some analysts say the worsening crisis in Ukraine could raise pressure on the EU to sanction Russian oil and prices could move higher later this year.

Morgan Stanley (NYSE 🙂 raised its third-quarter price forecast for Brent by $ 10 per barrel to $ 130 citing a “greater deficit” this year due to lower supply from Russia and Iran, which is likely to outweigh short-term demand headwinds.