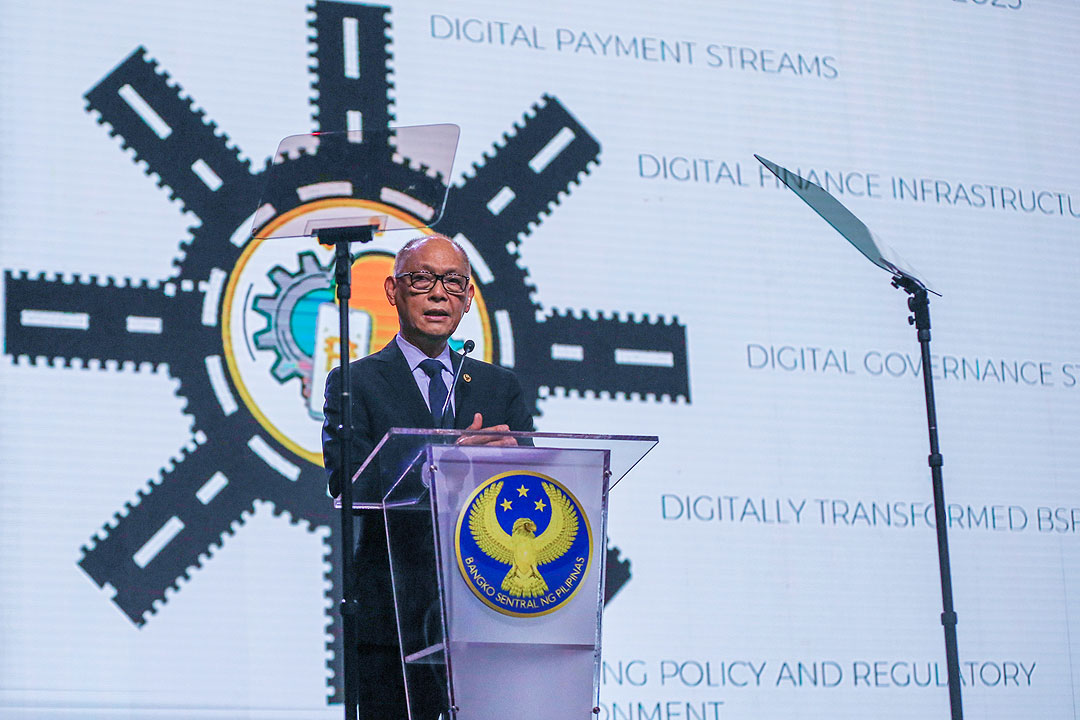 THE PHILIPPINE central bank may consider a rate hike in June as economic recovery likely gained more traction in the first quarter, its governor said.

Bangko Sentral ng Pilipinas (BSP) Governor Benjamin E. Diokno said the May 19 policy meeting will already take into consideration the first-quarter gross domestic product (GDP) data that will be released on May 12.

“We will look at the new data and hopefully it will show the first-quarter growth, maybe around 6-7%,” Mr. Diokno told Bloomberg TV on Monday.

“And so, on the basis of that, maybe we’ll wait another cycle… We have another meeting in June. And maybe that’s the time when we will consider the increase in policy rates, ”he added.

The BSP has maintained interest rates at a record low since November 2020 to support the Philippine economy’s recovery from the pandemic.

Mr. Diokno’s latest statement is a departure from the BSP’s previous signals it will only start policy rate adjustments in the second half once it sees signs of firmer economic recovery. Government officials expect GDP to get back to its pre-pandemic level within the second half of the year.

The BSP chief said there is still “no evidence of second-round effects [of inflation] from the demand side. ”

“I think we can afford to wait as to what will be the move of the Fed in the next two meetings, ”Mr. Diokno said.

The Fed’s next policy review is on May 3 to 4. Fed Chairman Jerome H. Powell said they may increase rates by 50 basis points (50 bps) following the 25-bp hike in March.

Headline inflation in the Philippines accelerated to a six-month high of 4% in March, already matching the upper end of the 2-4% target band.

The recent spike in oil and commodity prices has prompted groups to file petitions to raise transport fares and wages.

The release of first-quarter economic data will likely strengthen the case for the BSP to raise rates on May 19 or June 23.

“First-quarter GDP will likely be robust, driven by resurgent household spending and to a lesser extent capital formation and government spending. Meanwhile, inflation will likely break the target as early as April and continue to accelerate all throughout the quarter, ”Mr. Mapa said in an e-mail.

Despite an Omicron-driven surge in coronavirus infections at the start of the year, economic activity appears to have picked up in February and March as restrictions were loosened. Metro Manila was downgraded to the most lenient alert level starting March.

Mr. Mapa said he expects the BSP to cumulatively increase rates by 100 bps until the end of 2022, with the first one being a 25-bp hike.

“A policy adjustment may do little to slow cost-push inflation, but a higher policy rate would help stabilize the floundering peso, which in turn would limit imported inflation,” Mr. Mapa said.

“Meanwhile, although policy tightening would indeed sap some recovery momentum by capping further investment outlays, we believe that the recovery is on solid footing and robust enough to withstand such an adjustment,” he added.

Meanwhile, UnionBank of the Philippines, Inc. Chief Economist Ruben Carlo O. Asuncion said he is pricing in a 25- to 50-bp rate hike in June.

“With the more hawkish US Fed and the backdrop of more hikes in the next coming months to contain its own inflation upticks, you do not want to be a step too late and find yourself scrambling to keep up with the external environment,” Mr. Asuncion said in a Viber message.

He noted how the dollar has recently been strengthening versus the peso amid Fed signals of more rate hikes.

“We are not concerned about the depreciation,” Mr. Diokno said, adding this is in line with the decline in other regional currencies.

Meanwhile, Mr. Diokno said a reduction in the banks’ reserve requirement ratio (RRR) is still on the table.

Such a move is “not related to the crisis at all,” the BSP chief said, adding that he wanted to bring down the RRR to a single digit by the end of his term in 2023 even prior to the pandemic.

“That’s still on the table. We will allow them [banks] to lend out the money rather than the central bank getting the money from them, ”he said.

The reserve requirement for big banks is currently at 12%. – Luz Wendy T. Noble