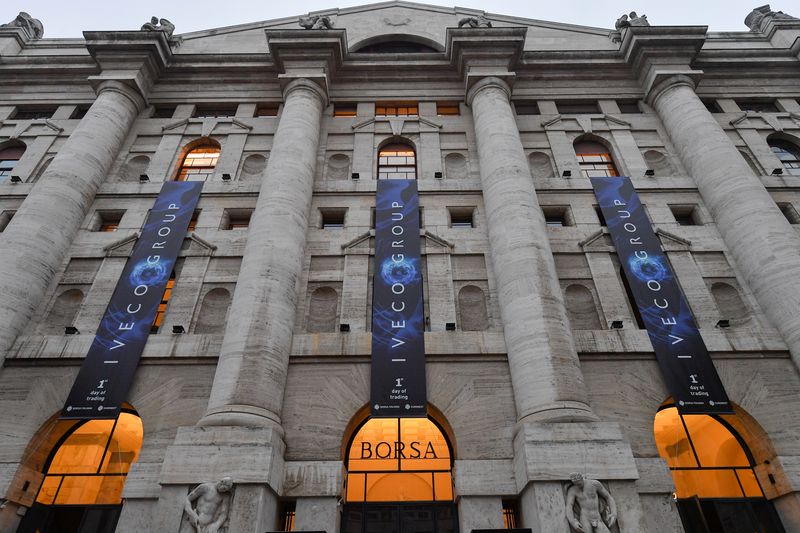 
MILAN (Reuters) -Italy’s Iveco Group said on Tuesday supply chain disruptions would peak in the second quarter, after they prevented the truckmaker from benefiting from record orders in the first three months of the year.

As the company posted higher-than-expected operating profits in the first quarter thanks to its performance in light commercial vehicles and buses, Chief Executive Gerrit Marx told analysts that order books were at a record high during the period.

“Unfortunately we could not turn (the record orders) into higher revenues and vehicle registrations as scheduled due to the well-known component shortages,” Marx said.

The group, which completed a spinoff from former parent CNH Industrial (NYSE 🙂 at the beginning of January, said global supply chain issues were the main challenge for its operations this year, including raw material price increases and parts availability, semiconductors in particular.

Marx said that as the company progressed through the second quarter, “we foresee the most severe impacts from component shortages for the entire year”.

He said higher production costs should be offset by the company’s pricing power in the second half of this year.

In its first set of results as a standalone company, the truckmaker said its adjusted earnings before interest and tax (EBIT) of industrial activities fell to 82 million euros ($ 88 million) in January-March.

“Results were far less bad than we expected,” a Milan-based trader said.

Shares turned positive after its earnings were published and were up 3.2% by 1455 GMT.

Since starting to trade on the Milan market on Jan. 3 at a price of 11.26 euros, Iveco shares have lost around half of their value.

Iveco said its operations in Russia and Ukraine, which were suspended during the first quarter, did not constitute a material portion of its business.

However, the company booked a negative after-tax impact of 51 million euros linked to its operations in the two countries, mainly due to the impairment of certain assets, which led it to post a 15 million euro net loss in the first quarter.