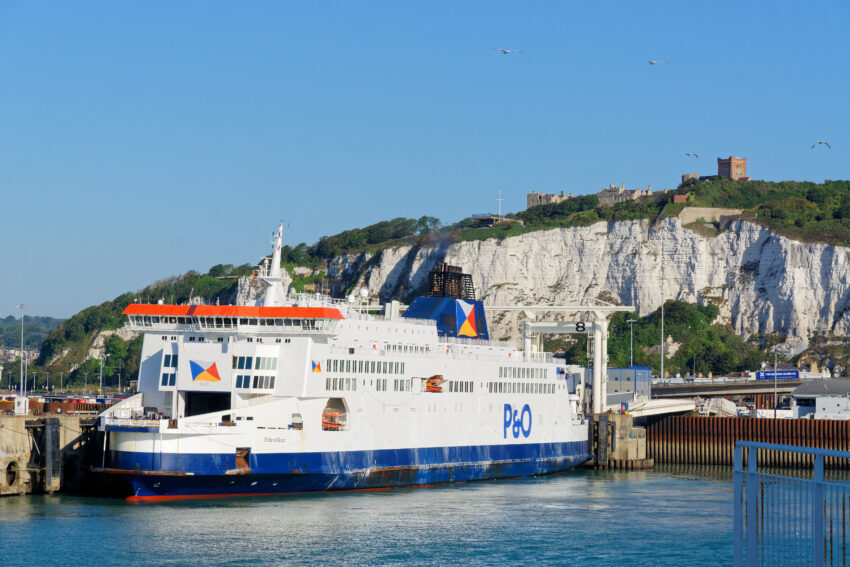 A plan by P&O Ferries to cut the pay of agency staff has been scrapped after an employee claimed that seafarers at Dover were working without contracts and had been asked to accept a lower salary.

The company was reported to the Maritime and Coastguard Agency after allegations that agency workers had been asked to sign contracts replacing their old ones and including lower pay.

The Dubai-owned company sacked 800 workers on March 17 without notice, replacing them with agency staff who, according to the Rail, Maritime and Transport (RMT) union, could be paid less than £ 5.50 an hour on average.

Best of TimesWe’ll send you our top stories, across all sections, straight to your inbox. Simple as that.One-click sign up.
P&O Ferries said it had replaced the workers to address the £ 100 million of losses it built up during the pandemic, although its owner, DP World, reported record profits of £ 2.9 billion last month.

The RMT said that a seafarer on the Spirit of Britain ferry at Dover had initially contacted the union begging for help in a dispute over pay.

In an email seen by the BBC, the worker wrote: “They do not care about our rights. They try to give us less money. We are desperate. ”

The union accused P&O of “trying to bring in an exploitative model, with the lowest possible standards they can get away with”.

The seafarer told the union that they were being forced to work without contracts after old ones had expired. The worker claimed documents had also been lost by P&O.

The worker wrote: “This is my sixth day working without a contract, please help us!”

Grant Shapps, the transport secretary, told the BBC it was “good P&O have reversed [the] further attempt at a pay cut ”, but added that“ they must go much further and pay the minimum wage like all UK businesses ”.

He said: “We will legislate to force them, but they could win back some much-needed credibility by acting now.”

A spokesman for P&O Ferries said: “No agency seafarers were asked to accept reduced wages and we have contacted the MCA to request that they withdraw their statement, which is misleading. There was an administrative misunderstanding around the contract presented to one individual who appears to have been unaware of an appendix which made clear that he would be entitled to an additional £ 195 a month, meaning that there was no change in his overall pay.

“There are no plans to change or reduce the wages of any of our agency seafarers and we have made clear that we will continue to comply fully with any national minimum wage obligations introduced by the UK government.”

The union spoke with seafarers on Friday after boarding the Spirit of Britain at Dover. The ferry was detained this month and P&O Ferries were requested to fix “a number of” safety issues.

Darren Proctor, the union’s national secretary, said that the company initially did not want to let them on board the ship, and instead offered to meet union representatives at the port. The union declined.

Proctor, who was able to board the ferry, said the company had “brought people in on a month contract, some on two-month contracts” and then told them that they had to accept lower pay rates if they wanted to stay on.

He said: “Others are coming in on four-month contracts on lower pay. P&O is undermining safety and creating the lowest possible denominator in ferry standards. ”

The union complained to the Maritime and Coastguard Authority who took action and affected seafarers’ contracts were amended with their original wages reinstated.

A spokesman for the authority said: “Prior to re-inspecting the Spirit of Britain yesterday, the Maritime and Coastguard Agency received a complaint via the RMT union that a seafarer had been asked to sign a contract with reduced wages.

“As part of the re-inspection the agency investigated the complaint and as a result the affected seafarers were issued with amended contracts, which reverted to their original wages.”

P&O Ferries will restart Dover to Calais operations this week for the first time since the company sacked 800 workers.

The return of services on the busy cross-Channel route is expected to ease delays at Dover ahead of the busy summer season.

The Maritime and Coastguard Agency released the Spirit of Britain on Friday evening, permitting the operator to resume sailings.

Its sister ship, the Pride of Kent, which also serves the Dover to Calais route is in detention after failing its port state control inspections. Two other ships that serve the route are still to be inspected.

Tickets for Dover to Calais sailings on the Spirit of Britain are on sale from Tuesday.