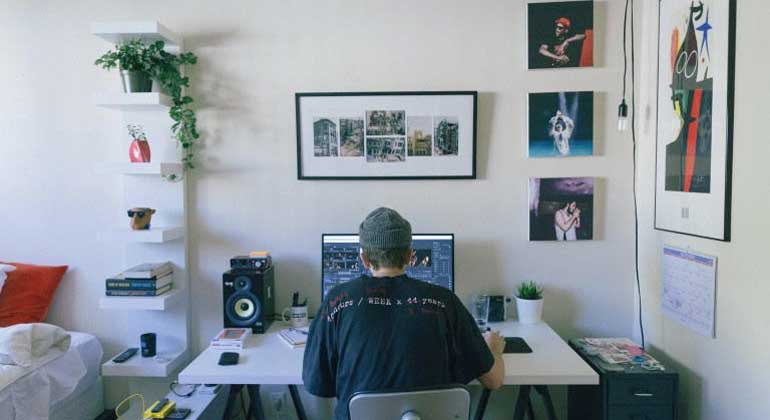 Since the pandemic plunged the workforce into a completely different world of work, new rules must be put in place to address employee-level concerns, according to Deloitte’s 2022 research on modern work presented at an April 26 webinar. To thrive, new rules must help workers feel less overwhelmed, frustrated, and anxious.

“Most of the research and initiatives happening are at a government level or focused on institutions, companies, structure, and design,” said Indranil Roy, Deloitte’s human capital consulting executive director for Southeast Asia. “Very little is being said to the individual white-collar worker.”

To address that gap in guidance, Mr. Roy shared that it is possible for workers to thrive in this new world with the help of 10 rules.

HOW TO TAKE CONTROL
Taking control helps one feel less overwhelmed, according to Deloitte’s research. It’s the first aspect of navigating modern work, under which there are three rules each:

Bring your own motivation

Daniel H. Pink’s 2009 study on motivation found that purpose, mastery, and autonomy drive people to do better. In a modern work set-up where the boss is not looking over a worker’s shoulder per se or driving them directly, motivation is one’s personal business. “Bring your own motivation because no one else will,” reminded Mr. Roy.

Though work goals are often structured quarterly, which is medium-term, a worker must set his or her own long-term and short-term goals to avoid getting overwhelmed.

Goal setting becomes digestible when guided by aspirations as well as action plans.

3. Shape your next job

Modern jobs disappear in four years or less, according to Deloitte. This means workers must make the most out of their current job’s life cycle by dividing it into four stages.

Gearing up comes in the first six months, where one learns the ropes. This is followed by growth, which lasts about one or two years. After this, we become complacent, said Mr. Roy.

The third year should be where a worker reimagines the way he or she works, so as not to settle. Finally, the transition phase is when one prepares for their next job.

HOW TO BE AWESOME
To feel awesome is to counter feelings of frustration since this validates one’s efforts, Mr. Roy explained. The three rules under this are all about relationships with work.

1. Your users will judge your work

In terms of judging work, Deloitte research found that the clients spirit the boss are important, so impressing both is necessary.

“The ‘awesome zone’ is when you meet and exceed the expectations of the users you serve as well as produce well in the eyes of your boss,” said Mr. Roy. “The feeling of achieving something has to rely on these two dimensions.”

As for pace, things change very quickly, usually in the span of two weeks, means one has to approach work in sprints.

Mr. Roy shared: “It’s critical to celebrate the wins to keep motivated. It’s also critical to reorient and learn from the bad weeks. ”

It’s best to do this kind of assessment every other week, like in between sprints.

3. Work from anywhere, but work out loud

John Stepper’s 2015 study “Working Out Loud” linked value in one’s network to visibility – which is key especially now when the workforce may tend to be invisible or isolated.

A suggestion was to publish one’s work internally to gain a sense of importance, or take the initiative in curating elements of interests in others’ work, which helps form connections.

“Networking is now a required skill, not just a nice-to-have skill,” Mr. Roy added. “It does not mean showing off, but rather connecting the dots in meaningful, helpful ways.”

HOW TO GROW
The final aspect of navigating modern work is growth, which covers the final three rules that address feelings of anxiety about one’s career path.

1. Turn your workflow into a learnflow

Deloitte’s research described that learning should be planned and integrated into the calendar, much like work. Mr. Roy suggested color-coding one’s calendar by red (actual work) and blue (reading, strategizing, reviewing).

2. Skill across and scale up

There are people who have rocket fuel for growth, according to Mr. Roy.

He explained that becoming better only at what you do is scaling up, but it’s also important to combine that with other things, or skill across, to truly grow.

For this rule, the Deloitte brochure highlighted that complexity needs diversity.

“We grew up in traditional work where different functions solve for different complexity vectors,” Mr. Roy explained. “Now, teams solve all vectors together.”

This means designers and marketers are not just concerned about desirability, engineers and systems people not only work on feasibility, business and finance do not just look into viability, and human resources do not only cater to sustainability.

THE GOLDEN RULE
Finally, Mr. Roy emphasized the last rule that runs alongside the other three – running a side hustle.

“In some ways it is similar to a hobby. It should be something you’re passionate about, but it’s set apart because it helps you developskills you’re new to, and it connects you with new people, ”he said.

Following these 10 rules can help workers thrive in today’s world, according to Deloitte. – Bronte H. Lacsamana

REUTERS Since the pandemic plunged the workforce into a completely different world of work, new rules must be put in place to address employee-level concerns, according to Deloitte’s 2022 research on modern work presented at an April 26 webinar. To thrive, new rules must help workers feel less overwhelmed, frustrated, and anxious. “Most of the…