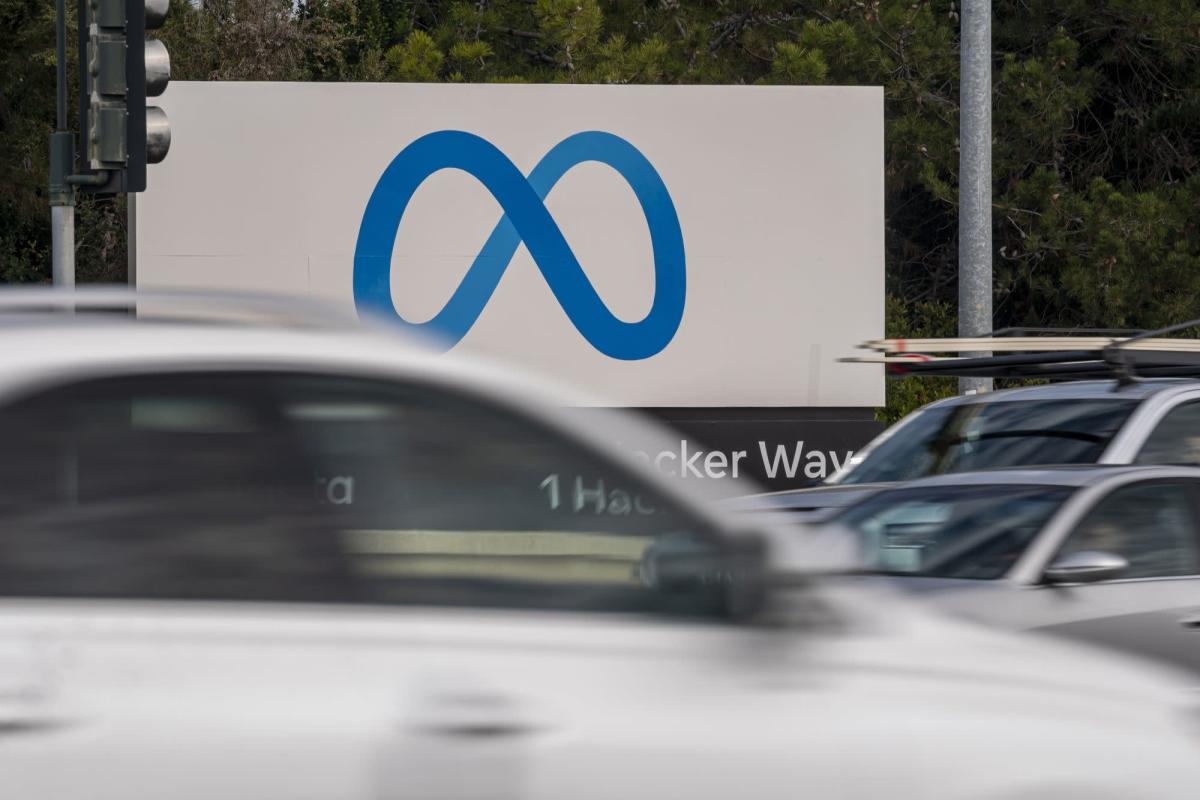 (Bloomberg) – Facebook’s main social network added more users than projected in the first quarter, potentially staving off concerns that the company is losing momentum as a new generation flocks to younger sites like TikTok.

Shares surged more than 19% in late trading after Facebook parent company Meta Platforms Inc. reported 1.96 billion daily users for its flagship platform, a return to growth after the first-ever decline in the December quarter. Analysts had estimated 1.94 billion.

Revenue for the period jumped 6.6% to $ 27.9 billion, and would have been higher if not for the war in Ukraine, the company said. The stock had dropped almost 50% this year as investors became increasingly worried that Meta’s main business and profit engine – advertising in its social media feeds – was losing steam.

Those concerns appear to have been put to rest – at least for now – given Facebook added 31 million new daily active users in the recent quarter. Still, many of Meta’s challenges remain. Chief Executive Officer Mark Zuckerberg has acknowledged that video-sharing app TikTok, owned by China’s ByteDance Ltd., is providing serious competition for young users’ attention.

At the same time, changes to data-collection rules on Apple Inc.’s iPhones have hindered Meta’s ability to serve users targeted ads. Last quarter, Meta executives said the privacy changes would reduce the company’s 2022 sales by $ 10 billion. Advertisers have also been spending less due to issues with supply chains, inflation and the ongoing war in Ukraine, Meta executives said.

A prolonged slowdown would make it tougher for the company to justify Zuckerberg’s expensive, virtual-reality-fueled vision of the metaverse, a business that will not bring in profit for years – if ever.

On an analyst call Wednesday, Zuckerberg reiterated that it will be years before Meta’s Reality Labs unit, which is building AR and VR technology, will contribute significantly to its business. Meanwhile, the company has said it’s spending billions and hiring thousands of workers to develop the platform, which Zuckerberg sees as the next major computing shift, into a fully immersive digital environment where users will interact virtually while they work, shop and play games.

Shares of Menlo Park, California-based Meta climbed as high as $ 210.14 in extended trading following the report. They had slipped 3.3% to $ 174.95 at Wednesday’s close in New York.

Read more: What’s the metaverse? Who’s in it? Why does it matter?

Net income in the first quarter was $ 7.47 billion, or $ 2.72 a share. Analysts had estimated earnings of $ 2.56 per share. Sales in the current period will be $ 28 billion to $ 30 billion, Meta said Wednesday in a statement, compared to the $ 30.7 billion analysts had predicted on average. Again, the company pointed to the ongoing war in Ukraine as a factor.

“This outlook reflects a continuation of the trends impacting revenue growth in the first quarter, including softness in the back half of the first quarter that coincided with the war in Ukraine,” the company said in the statement.

Meta said that in light of the revenue outlook, it is pairing overall spending plans for the year, to $ 87 billion to $ 92 billion from a previous target of as much as $ 95 billion.

On the call with analysts, Zuckerberg said Meta plans to launch its new virtual reality headset, code-named Project Cambria, later this year. The headset is meant to be used for work purposes as a replacement for a laptop, he added.

The company shocked investors in February when it said daily users for its core Facebook service declined slightly in the fourth quarter for the first time ever, raising the possibility that the main social network had peaked in popularity. The stock tumbled 26% the next day, underscoring the concerns that people – especially teenagers and young adults – were defecting to newer platforms like TikTok, and that advertisers would follow.

In October, Zuckerberg had said that Facebook would focus on attracting “young people” to the service as a way to combat the rise of TikTok and other competing products. That meant prioritizing Reels, a TikTok copycat video format on Meta-owned Instagram and Facebook. While usage of Reels is growing quickly, the company’s advertisers have not been as fast to switch to the new format.

On Wednesday, Chief Operating Officer Sheryl Sandberg said on the call that making significant money from Reels will be “a multiyear journey” similar to the company’s efforts to make money from disappearing Stories.

Reels already makes up more than 20% of the time that people spend on Instagram, Zuckerberg said. The company does not provide metrics for total time spent on Instagram or on its other apps, which include WhatsApp and Messenger.

(Bloomberg) – Facebook’s main social network added more users than projected in the first quarter, potentially staving off concerns that the company is losing momentum as a new generation flocks to younger sites like TikTok. Most Read from Bloomberg Shares surged more than 19% in late trading after Facebook parent company Meta Platforms Inc. reported…