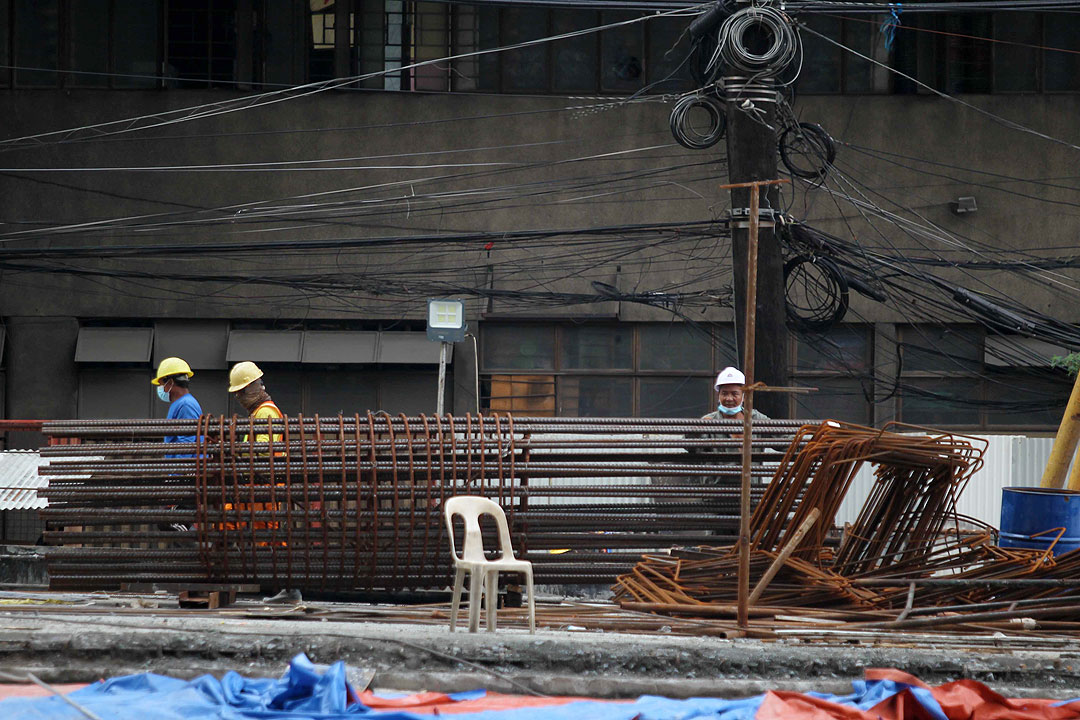 THE NATIONAL Government’s (NG) budget gap narrowed in March as revenue collection and spending grew by double digits, the Bureau of the Treasury (BTr) reported on Wednesday.

Month on month, the fiscal gap widened from the P105.8-billion deficit in February.

Government spending accelerated by 18.14% year on year to P481.55 billion in March, due to higher national tax allocation releases and budgetary support for government-owned and -controlled corporations.

Starting this year, local government units are given a bigger share in national tax collections, alongside the transfer of basic services, due to the Mandanas ruling.

Primary expenditures, or spending net of interest payments, went up by 18.35% to P426 billion in March.

Meanwhile, state revenues jumped by 35.96% to P293.9 billion year on year in March, as the economy gradually reopened after pandemic restrictions eased.

Metro Manila and other areas were downgraded to the most lenient alert level starting March, as coronavirus infections plunged.

The Treasury reported P33.4 billion in revenues in March, surging by 107% from a year ago, due to higher dividend remittances, income from bond sinking fund investments and the National Government share from the Philippine Amusement and Gaming Corp.’s income.

Rizal Commercial Banking Corp. Chief Economist Michael L. Ricafort said that the reopening of the economy enabled the government to increase tax collections in the first quarter. He noted government spending on the pandemic response may have declined after the implementation of granular lockdowns.

“Revenue growth can be tied to the 107% increase in borrowing (BTr) linked to a retail treasury bond issue and the 70.8% jump in BoC due to more expensive fuel,” Mr. Mapa said.

Mr. Ricafort said sustaining the improvements in fiscal performance would depend on the next administration’s ability to assemble a “credible and competent” economic team, intensified tax collections, and good governance.

These measures will be needed in order to pay for the debt incurred since the pandemic started, he added.

“In the coming months, and with the changeover in leadership, the new administration must look to walk the very thin line of fiscal prudence at a time when the economy may be in need of support. The incoming president will be inheriting a substantial debt pile, which will impact his or her ability to hit the ground running, ”Mr. Mapa said.

The government has set a budget deficit ceiling of P1.65 trillion for 2022 equivalent to 7.7% of gross domestic product.

ASIA-PACIFIC
Meanwhile, Fitch Ratings said it expects general government deficits in many Asia-Pacific economies, including the Philippines, to narrow this year, although still significantly higher than pre-pandemic levels.

“Subdued economic recovery in a large part of Asia is a key reason for the sustained high deficits, as emergence from pandemic-related headwinds has been slower than in other regions. Political tolerance for higher deficits may also be greater, for instance, in Australia and Korea, which had robust economic rebounds, ”Fitch said in a note on Wednesday.

It noted the sharp increase in commodity prices may pose a “rising risk” to fiscal consolidation.

“Some governments have raised implicit or explicit subsidies to cushion the impact on households… Revenue growth could also be more subdued to the extent commodity prices dampen economic performance,” Fitch said.

Asia-Pacific will also have to deal with rising interest payments as borrowing costs go up amid monetary policy tightening from major central banks like the US Federal Reserve, it added.

Fitch said limited debt reduction in Asia-Pacific will be likely, as many economies return to high growth in the next few years. However, this may not be enough to sharply reduce debt incurred during the pandemic.

“Debt trajectory uncertainties drive our negative outlook in India. They are also a factor in the Philippines, in combination with potential medium-term growth challenges, ”it said.

The government has been preparing a fiscal consolidation plan to manage the national debt.

The country’s outstanding debt stood at P11.73 trillion as of end-2021. This pushed the debt-to-gross domestic product ratio to a 16-year high of 60.5%, slightly beyond the 60% threshold considered as manageable by multilateral lenders for developing economies.

The debt watcher in February kept its negative outlook on the investment grade “BBB” rating of the Philippines. This means a credit downgrade still remains a possibility within the next 12 to 18 months. – with LWTN