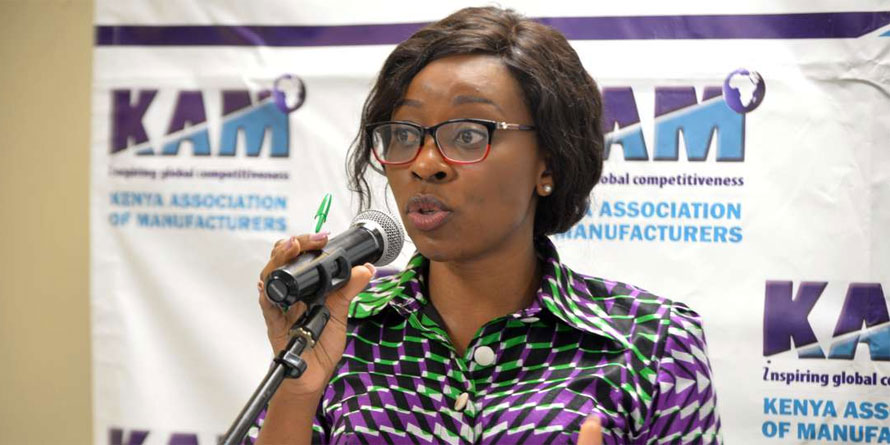 The chief executive officer of the Kenya Association of Manufacturers (KAM), Phyllis Wakiaga, is exiting after nine years.

KAM chairman Mucai Kunyiha made the announcement on Thursday, stating that Ms Wakiaga will leave at the end of June “to pursue a new professional challenge in an Africa Advisory role.”

“Since joining KAM as the Head of Policy, Research and Advocacy in 2013, and later taking over the leadership mantle in 2015 as CEO from (now CS) Ms Betty Maina, Phyllis has brought a tremendous level of energy, enthusiasm, and industry knowledge to the organization, ”Mr Kunyiha said.

“She is moving on to pursue a new professional challenge in an Africa Advisory role; and while she will be missed by all of us at the Association, I wish her every success in her next endeavor. Ms Wakiaga is currently serving her notice and will officially be leaving on the 30th of June 2022, ”he added.

The manufacturer’s lobby has begun the recruitment process to replace her, the chairman said.

Meet CEO who wears Ankara to the office