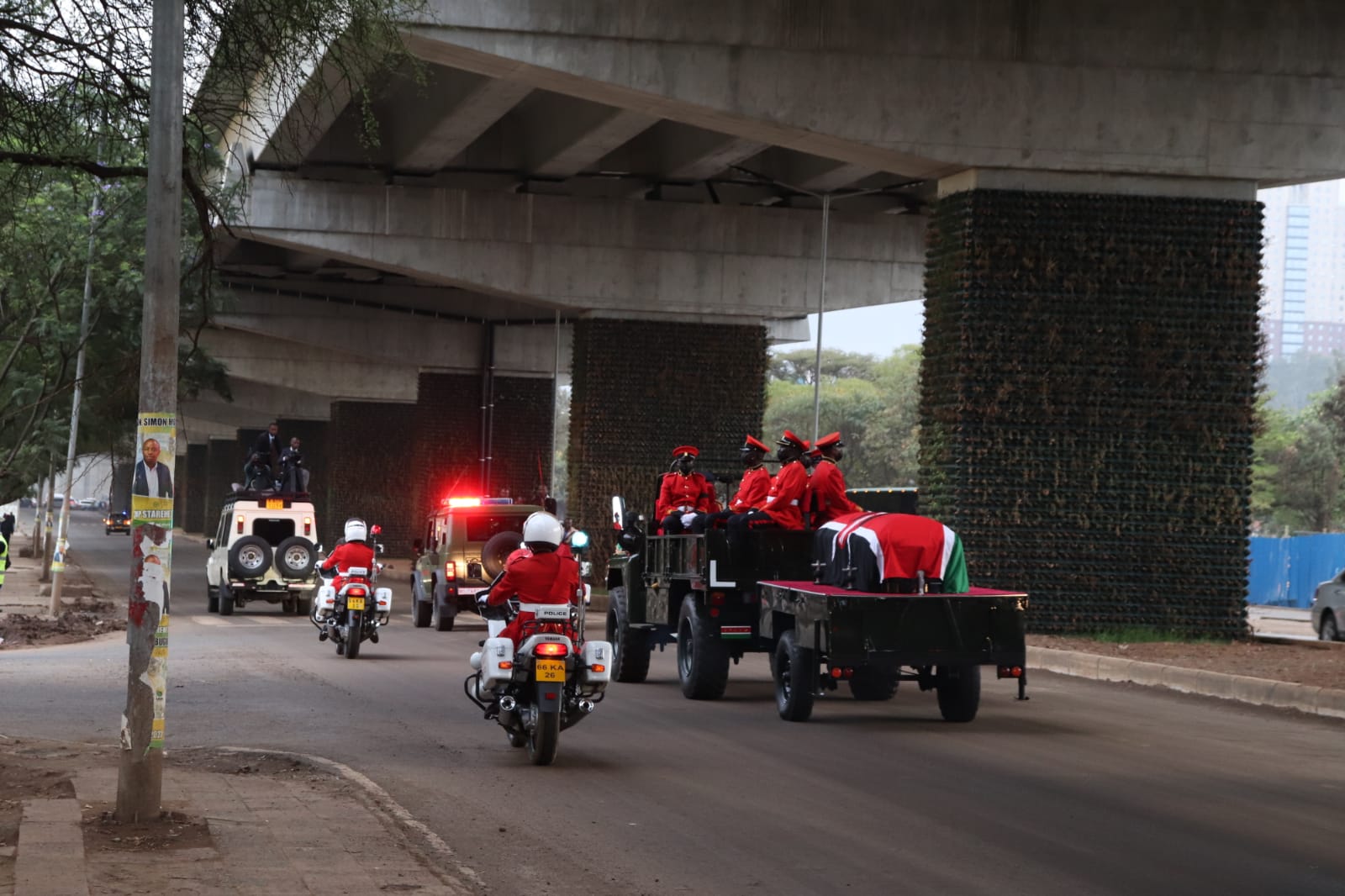 Police have advised city motorists to avoid some roads on Friday as the late President Mwai Kibaki’s requiem mass is held at the Nyayo Stadium in Nairobi.

Traffic will be disrupted along the Procession Way, Uhuru Highway, Kenyatta Avenue and Aerodrome Road when the military will be moving the late president’s body from State House, Nairobi to Nyayo Stadium for the masses.

Mzee Kibaki’s body will leave the Lee Funeral Home on Friday morning for State House where the military will kick off its procession to Nyayo for the national requiem mass.

Motorists have been advised to avoid Aerodrome Road and a section of Uhuru Highway between Nyayo House and Lusaka roundabout from 7am.

Police spokesperson Bruno Shioso also advised motorists to avoid the area around Nyayo stadium where many Kenyans are expected to turn up to attend the mass in honor of the late president.

The government has not limited the number of attendees to allow as many Kenyans a chance to bid the former president goodbye.

“Vehicles driving to the city from Waiyaki Way and intending to cross over to Mombasa Road are advised to avoid Uhuru Highway and divert at Nyayo House roundabout and join Kenyatta Highway towards Moi Avenue heading to Haile Sellasie roundabout, then towards city stadium onwards to Mombasa Road , “Mr Shioso said in the advisory.

He said those heading towards the CBD or Westlands should use the Southern Bypass or Likoni-Enterprise and Lusaka roads to avoid inconveniences along Uhuru Highway.

Those attending the mass have been urged to cooperate with the police and be seated at the stadium by 8am.

“Traffic police and other officers shall be at hand to offer support and guidance to all guests,” he said.

The National Funeral Steering Committee on Wednesday said the mass will end at 1pm.