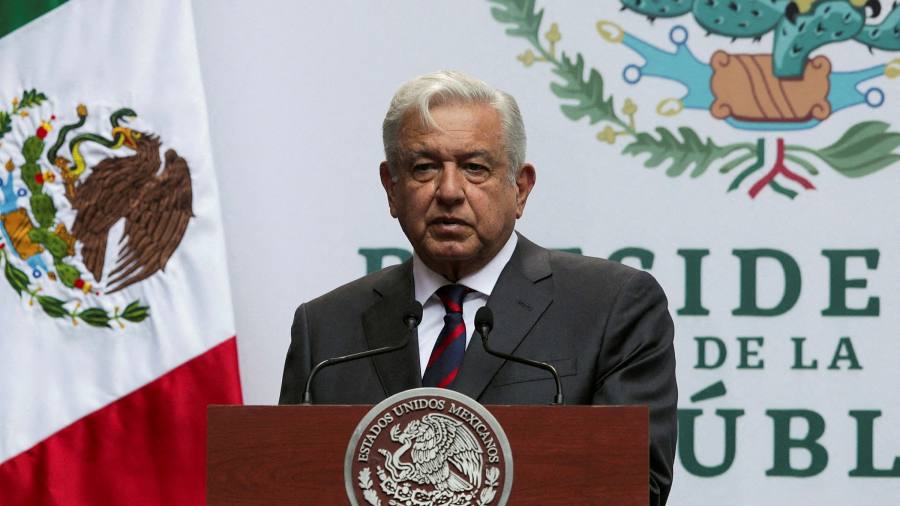 Mexico’s president Andrés Manuel López Obrador is proposing a sweeping overhaul of the country’s election apparatus, in a move analysts said would damage democracy by handing his party greater control of the electoral system.

The proposed constitutional changes, which will be sent to Congress on Thursday, would dissolve the country’s national electoral institute (INE), which oversees the conduct of elections. If the bill is passed, INE would be replaced by a body that is directly elected but less well-funded.

The president also wants to cut public funding to political parties and loosen electoral propaganda rules, in moves critics said would be likely to benefit his party, Morena.

Since he was elected in 2018, López Obrador’s critics have feared he would move to try to stay in office beyond the one-term, six-year limit or concentrate power, although the highly popular president has said he will step aside in 2024.

“We have . . . the best electoral institute in the world, ”said Juan Carlos Romero Hicks, a lawmaker with the opposition National Action party (PAN). “What they want to do now is change the rules and weaken the referee and control it.”

The opposition has signaled that it will not back the measure, which requires some of their votes to reach a two-thirds majority. The proposal increases pressure on INE and lawmakers, and is a signal of what the president could try to achieve through other means, such as budgets, appointments and secondary legislation.

The president’s party and its coalition partners have majorities in both houses of Congress and Morena is on track to hold more than half of regional governorships by the end of the year.

“There is no intention to impose a single party. What we want is for there to be an authentic, true democracy in the country and to end electoral fraud, ”López Obrador said on Thursday.

Mexico had one-party rule for more than 70 years before the opposition PAN won in 2000. INE’s credibility has taken decades to build and it is now one of the most trusted institutions in the country, according to government statistics body INEGI.

López Obrador’s criticism of the electoral authority dates back to the 2006 presidential election, when he narrowly lost and claimed there had been fraud.

“His obsessions with his electoral defeat in 2006 taints many of his policies,” Arturo Sarukhán, a former Mexican ambassador to the US.

The government claimed the measure, which also slashes the number of federal and local lawmakers, would create more than $ 1bn in savings that could be spent on social programs and infrastructure.

Under the proposal, INE would be replaced by the National Institute of Elections and Consultations (INEC). Board members and electoral tribunal magistrates would be chosen by popular vote.

Mexico’s opposition has said the president’s preference for direct democracy, including a recent recall referendum on his position, benefits the incumbent and allows him to reinforce his will through unnecessary low turnout votes.

The bill comes at a tense moment in Mexican politics, a week after lawmakers rejected an energy reform proposal that worried the private sector and US government. Morena has threatened criminal complaints against opposition deputies who voted it down.

Mexico’s president Andrés Manuel López Obrador is proposing a sweeping overhaul of the country’s election apparatus, in a move analysts said would damage democracy by handing his party greater control of the electoral system. The proposed constitutional changes, which will be sent to Congress on Thursday, would dissolve the country’s national electoral institute (INE), which…