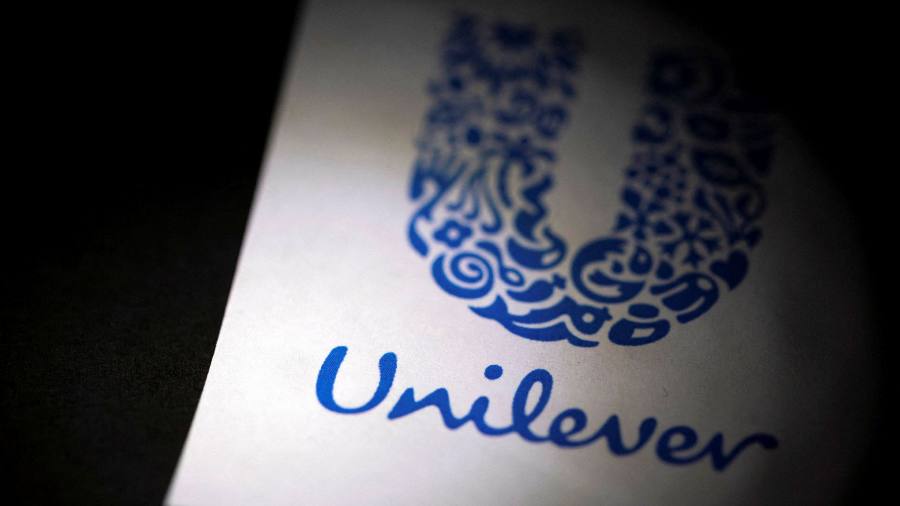 Unilever raises prices by 8% and warns inflation will accelerate

Unilever raised its prices by more than 8 per cent in the first quarter, cutting into the volume of products it sold as it said it expected inflation to accelerate in the second half of 2022.

The maker of Magnum ice creams and Dove soap said underlying sales growth, a key metric for the sector, was 7.3 per cent in the three months to March, entirely because of price increases of 8.3 per cent. Volumes of goods sold declined 1 per cent.

In home care, inflation was particularly high: Unilever, which makes Cif cleaners and Domestos bleach, pushed prices up 12.5 per cent, resulting in a 2.89 per cent drop in sales volumes. Prices in beauty and personal care rose 7.4 per cent.

Unilever was also substituting some ingredients, such as oils, for cheaper options “with exactly the same ingredients benefits” to avoid passing on the full impact of price rises to consumers, said Graeme Pitkethly, chief financial officer. Cooking oils have been especially affected by the war in Ukraine, a major sunflower oil producer.

The London-based company is the latest global group to report steep consumer price rises. However, rivals such as Procter & Gamble and Nestlé have managed to increase prices without causing a decline in sales volumes.

Pitkethly said Unilever was “more exposed to certain elements of commodity inflation than a number of our peers are” but that the volume decline was smaller than the group had expected given the “unprecedented” cost rises.

Spending behavior was adjusting, he added: “We are starting to see consumers down-trading and looking for value. We offer. . . many value propositions within our portfolio, ”he added.

The FTSE 100 group said it expected € 4.8bn of input cost inflation during the year, with some € 2.7bn of that in the second half.

But it maintained its outlook on profitability for the year, saying its operating margin would now come in at the lower end of the 16 to 17 per cent range.

“We read this as a positive update given extreme bearish sentiment [on Unilever] and low relative valuation, ”said Martin Deboo, analyst at Jefferies.

The latest price increases follow a turbulent period for Unilever in which it made three bids for the consumer health division of GlaxoSmithKline late last year, only to face anger from shareholders when the offers were made public.

The Financial Times revealed in January that Nelson Peltz’s activist fund manager Trian Partners had bought a stake in Unilever after completing an almost four-year engagement with Procter & Gamble.

Ahead of Thursday’s results, Unilever’s shares had shed 12.5 per cent of their value since chief executive Alan Jope took over at the start of 2019, and were trading at a 15-year low in relation to rival Nestlé, according to analysts at Jefferies.

Unilever raised its prices by more than 8 per cent in the first quarter, cutting into the volume of products it sold as it said it expected inflation to accelerate in the second half of 2022. The maker of Magnum ice creams and Dove soap said underlying sales growth, a key metric for the sector,…