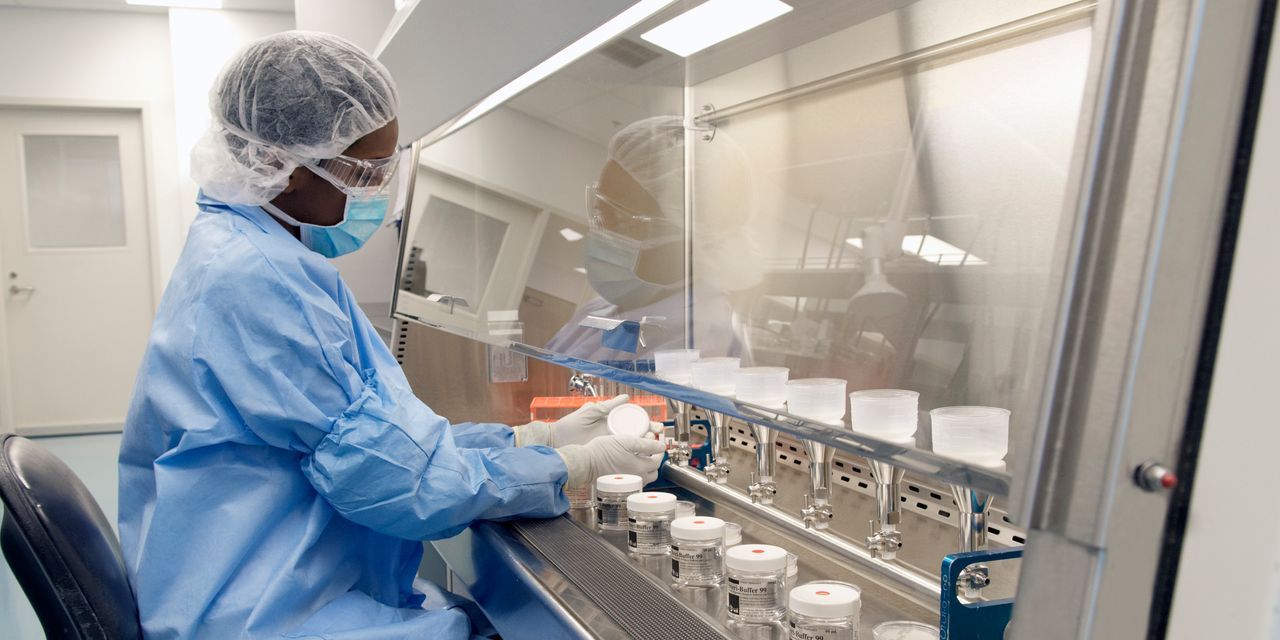 In a quarterly earnings report out Friday, the drugmaker

cut its full-year earnings guidance, and a number of its key drugs missed Wall Street estimates.

The company’s first-quarter earnings were roughly in line with Wall Street expectations.

AbbVie (ticker: ABBV) reported adjusted diluted earnings of $ 3.16 per share, slightly beating the FactSet analyst consensus of $ 3.14 per share, and up 9.3% from the same quarter last year. First-quarter net revenue was $ 13.5 billion, up 4.1% on a reported basis, and just below the FactSet consensus estimate of $ 13.7 billion.

The missed expectations for a number of important products, including the atopic dermatitis drug Rinvoq, could unsettle investors looking ahead to next year. That is when AbbVie’s mega-blockbuster Humira — which is used to treat rheumatoid arthritis and other conditions — begins to face competition from so-called biosimilars in the US

“While we are fans of the AbbVie story, we expect today’s results to pressure ABBV shares as people digest several important products coming in below expectations ahead of next year’s Humira loss of exclusivity,” wrote

The company issued new adjusted diluted earnings per share guidance for the full 2022 fiscal year, saying it now expects between $ 13.92 and $ 14.12 this year, below the previous estimate of between $ 14 and $ 14.20. Analysts were expecting full-year earnings of $ 14.16 per share, according to FactSet.

AbbVie shares were down 4.7% in premarket trading. The stock is up 15.4% so far this year, one of a number of large drugmakers that are outperforming the

“This year is off to a strong start,” said AbbVie CEO Richard Gonzalez. “Our momentum combined with ramping contributions from new products and new indications will drive accelerating revenue and EPS growth through the rest of the year.”

The company said that its new guidance reflects a cut of $ 0.08 per share due to acquired in-process research and development and milestone expenses, all incurred during the first quarter. Divan, in his Friday note, wrote that the guidance cut “appears mainly due to the industrywide accounting change requested by the SEC on how to account for IPR & D and milestone payments.”

Sales of Humira were $ 4.7 billion, down 2.7% on a reported basis from the same quarter last year, and below the $ 4.9 billion analyst consensus estimate, according to FactSet.

Sales of Skyrizi, a psoriasis and psoriatic arthritis drug, were $ 940 million, beating the $ 909.1 million FactSet consensus estimate and up 63.7% from the same quarter last year, before its label was expanded to include psoriatic arthritis.

Sales of Rinvoq, however, were $ 465 million, short of the $ 489 million FactSet consensus estimate.

Humira will face biosimilar competition in the US beginning next year, cutting into its sales. The drug, one of the bestselling branded pharmaceutical products in history, has been AbbVie’s tentpole product since the company spun off from