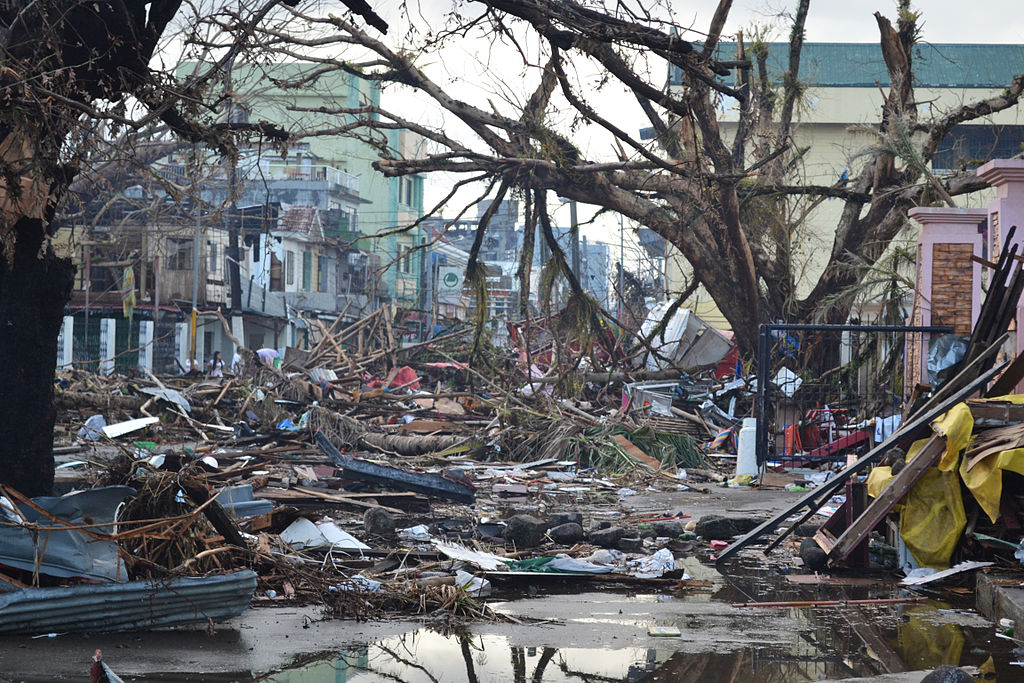 KUALA LUMPUR / MANILA / RIO DE JANEIRO – In the seaside town of Palo in the central Philippines, George Christopher Daga has watched torrential rain pour for days during what is supposed to be a hot and dry April – just one of the unusual weather patterns he has faced in recent years.

His home province of Leyte, where Palo is located, has been ground zero for the country’s most destructive weather events since 2013, when Typhoon Haiyan struck the Southeast Asian country, killing 6,300 people and flattening buildings.

Yet another typhoon, Rai, left a trail of destruction in Leyte and nearby provinces in December, with more than 300 people killed and hundreds of thousands displaced.

“The world is getting crazy. We do not understand the weather these days, ”Mr. Daga, 33, told the Thomson Reuters Foundation.

But Mr. Daga – who lost his job as a utility worker during the coronavirus disease 2019 (COVID-19) pandemic – said climate change is not his top concern as Filipinos go to the polls on May 9 to elect a new president.

The issue has hardly figured on the campaign trail in the disaster-prone Philippines – just one of several countries with elections this year where global warming has taken a backseat.

As COVID-19 has exacerbated economic and social inequalitiesjobs and livelihoods have dominated the election agenda among politicians vying for votes, analysts said.

That is the case even in hard-hit countries like the Philippines, which sees an average of 20 tropical cyclones each year and is one of the nations most vulnerable to climate disasters.

From heat to drought, climate change impacts are becoming more frequent and intense – but efforts to slash emissions and adapt to global warming are both lagging, the UN’s Intergovernmental Panel on Climate Change warned this month.

Despite that, as countries from the Philippines to Lebanon and Brazil gear up for elections, climate change has not featured as a major issue. In other places, like France, green parties have not made advances in recent votes.

One in a series of Philippine presidential debates this year focused for the first time on climate change, but otherwise the issue has received little attention in the campaigns.

“For it to be high on the agenda of politicians, it has to be framed as a livelihood issue” focusing on losses of incomes, crops and property, said Jean Encinas Franco, a political scientist at the University of the Philippines.

She said bigger efforts needed to be made to draw the “hidden” link between global warming and voters’ concerns on livelihood or hunger so climate change could be seen as a more pressing election issue.

“In the end, candidates have to relate an issue to its potential to garner votes,” Ms. Franco said.

In Lebanon, climate change and renewable energy have not risen as key issues ahead of the country’s May 15 parliamentary elections even though the nation has suffered severe power cuts since mid-2021.

In Australia, the two main parties contesting the May 21 national elections have said they would continue to support coal exports, despite an increasing majority of Australians supporting a ban on new coal mines and wanting exports cut.

Politicians who have shown how they can help people cope with COVID-19-related economic fallout and rising inflation have proved popular in recent elections, noted climate policy expert Danny Marks.

“Although I think many voters throughout the globe care about climate change and the threats it poses, currently it is low on the list of their priorities,” said Mr. Marks, an assistant professor of environmental politics at Dublin City University.

He cited the example of France’s Greens party which had a poor showing in this month’s presidential election, with its candidate Yannick Jadot eliminated in the first round of voting.

By contrast, far-right candidate Marine Le Pen, who pivoted from her party’s anti-immigration policies to focus her campaign on the rising cost of living, came in second, behind President Emmanuel Macron.

Mr. Marks urged politicians who care about climate change to highlight the immediate benefits of a green shift, such as renewable energy jobs and improvements to public health.

In the Philippines, many people look to personalities and ties with candidates, rather than the issues, in casting their votes, political analysts say.

Like most people in his province, Mr. Daga is supporting Ferdinand “Bongbong” Marcos Jr. – the son of the late dictator and a frontrunner in the presidential race – because his mother Imelda is a native of Leyte.

“I will vote for Bongbong because he had helped us during Typhoon (Haiyan),” said Mr. Daga, shrugging off concerns that Marcos lacks clear plans on how to tackle climate change.

In Brazil, where President Jair Bolsonaro is expected to face former leader Luiz Inácio Lula da Silva in October’s elections, climate change and the environment are not major concerns for the electorate, opinion polls suggest.

One, by consultancy Quaest this month, showed the economy was the biggest issue for nearly half of about 2,000 people surveyed, as the South American giant struggles with inflation, unemployment and low growth.

Others polled cited healthcare and corruption as key concerns. Climate change did not make the list.

“The economy and corruption – unfortunately those will be the main issues,” said Christiane Romeo, a professor of political science at Ibmec university in Rio de Janeiro.

“I would not bet on the environment as an issue capable of bringing votes,” Ms. Romeo added.

South Korean student Dayeon Lee said she hoped politicians in her country – and elsewhere – would listen to concerns about climate change.

“The climate crisis had not been given much attention in the March elections. It’s a shame, ”said Ms. Lee, 19, who voted for the first time in the polls, from her home in the southeastern city of Daegu.

“The crisis is getting more severe yet it seems like no one is paying attention. This is really scary. ” – Beh Lih Yi, Manuel Mogato, and Fabio Teixeira / Thomson Reuters Foundation