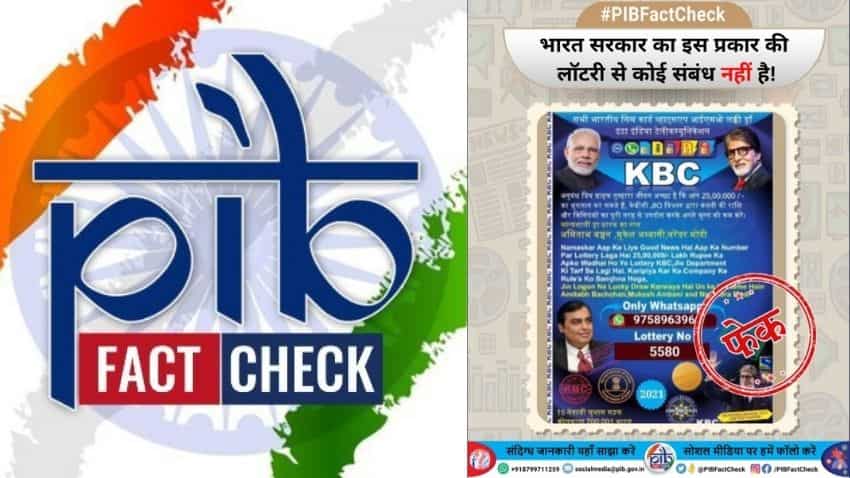 The fraud lottery advertisement claims that the recipient won a lottery of Rs 25 lakh which was jointly organized by Kaun Banega Crorepati (KBC) and the Reliance Jio Department. To which, PIB Fact Check has said that this lottery is a scam. Do not share your personal information on such calls, mails, and messages.

“Phone calls, e-mails and messages are being circulated by fraudsters with the false claim that the recipient has won a lottery of ₹ 25,00,000. #PIBFactCheck: Beware of such lottery scams. Do not share your personal information on such calls, mails and messages, “PIB Fact Check tweeted.

Do you want to read the book?

If this is not the case then maybe you can get the job done.

The PIB also added a link to the Delhi Police’s Cyber ​​Cell in this tweet, which provides more information about the ‘KBC Lottery Fraud’ and cautions people against dealing with such claims.

Note: If you want to verify a certain piece of news or advertisement or claim, then you can mail it to pibfactcheck@gmail.com.