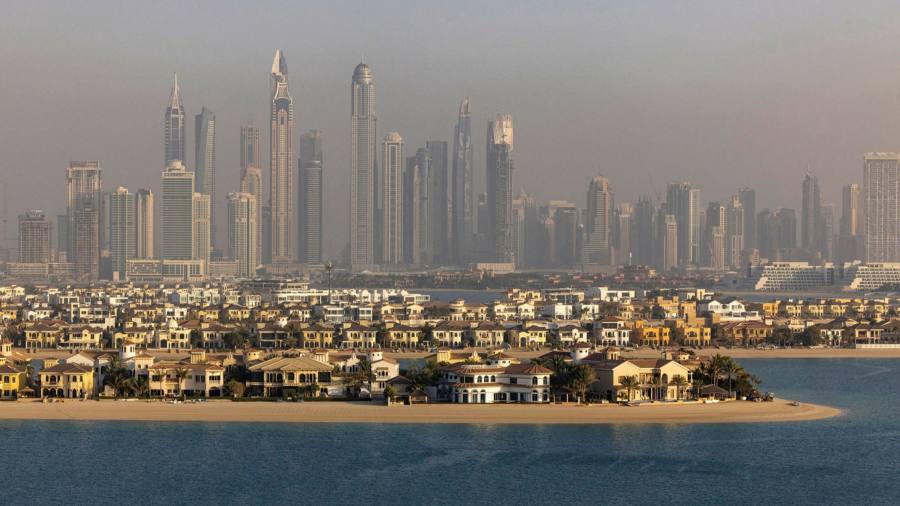 Wealthy Russians are trying to swap their luxury properties in London for multimillion-pound homes in Dubai as they seek innovative ways to circumvent financial restrictions imposed since the full invasion of Ukraine.

A list of properties including a Knightsbridge mansion worth £ 34mn and a three-bed Eaton Square apartment with a £ 8mn asking price has been circulated in recent weeks by high-end real estate agents operating in the Gulf emirate.

They are being offered by Russians who are willing to barter their London properties for a new residence in Dubai, while avoiding bank transfers and financial scrutiny, according to people involved in the transactions. Prospective buyers are being offered deep discounts on the UK properties to complete the deals.

The mooted house swaps are the latest workaround on behalf of rich Russians who have found themselves frustrated by the western financial system since Moscow’s invasion of Ukraine on February 24. About 1,000 individuals and companies have so far been hit with sanctions, with others facing additional checks as well as difficulties navigating money transfers and opening bank accounts.

But there were doubts in Dubai over how a deal would be structured, and whether any United Arab Emirates residents would risk such an exchange.

“I’m very skeptical that this can work, there’s just too much documentation to provide in London,” said one businessman in Dubai who was shown the list by a real estate agent. “But it goes to show the lengths they’re willing to go to evade the financial system.”

One Dubai-based lawyer said difficulties would arise because any transaction would need to account for stamp duty and other fee liabilities in both jurisdictions.

Yet others said that as long as the Russian seller was not under sanctions, such transactions could be structured effectively if purchase agreements were signed at each end. “This is perfectly legitimate,” said another lawyer in Dubai.

Dubai has become a favored haven for Russians, and their often huge wealth, fleeing the west since hostilities broke out. The UAE has remained neutral on the conflict, ensuring that the Gulf state remains open for business for Russians and Ukrainians fleeing the war and its repercussions.

“We’ve seen an influx of Russian clients since the start of the Ukrainian war and this has prompted us to set up a dedicated Russian desk to service them,” said Michael Kortbawi, partner at Dubai-based law firm BSA Ahmad Bin Hezeem & Associates. The closure of big international law firms in Moscow had also created a pool of talented people available for hire, he added.

“We’re seeing a definite increase in activity in transaction values ​​and volumes over the past few months, and that’s partly as a result of Russian buyers,” he said.

Large sums are being transferred by Russians despite UAE central bank guidance urging financial institutions to “manage their exposure to the risks associated with unilateral international financial sanctions programs and restrictive measures implemented by other countries”.

The UAE enforces UN sanctions but not those introduced by the likes of the US, UK, EU or Switzerland.

The reluctance of some banks to deal with the higher risks associated with Russian clients has created difficulties for new arrivals, especially those without large amounts of money to deploy. These include delays in extricating funds from Europe and problems opening UAE bank accounts.

The decision in March by the Paris-based Financial Action Task Force to add the UAE to its “dirty money” watchlist has complicated matters, with authorities keen to display better compliance.

The inflows of Russian money would be “a big test coming so soon after the FATF’s gray list decision”, said a western official.

Video: How London became the dirty money capital of the world