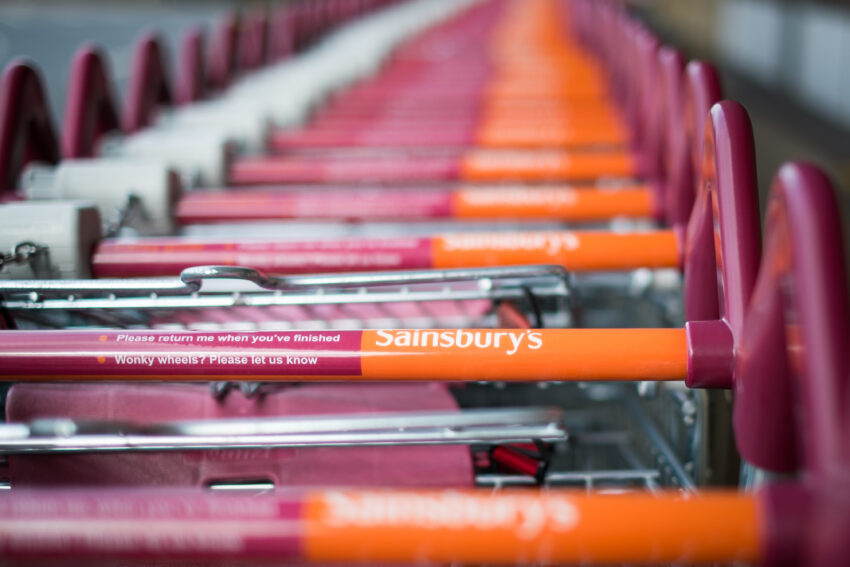 Sainsbury’s has said its customers are starting to watch “every penny” as the cost of living crisis mounts, which combined with significant cost increases and difficulties with supplies will lower profits at the supermarket chain in the year ahead.

The UK’s second-largest grocer said it expected to make a full-year profit of up to £ 690m in the next 12 months, down from £ 730m in the same period last year, which it said was helped by £ 100m in extra sales driven by the Covid-19 pandemic.

The warning came after Tesco and Morrisons also said profits would be hit by rising costs, slower sales and heavy competition on price as the grocery sector was hit by a mix of the pandemic, Brexit and the war in Ukraine.

Simon Roberts, the chief executive of Sainsbury’s, said it was “early days” in terms of signs of changing behavior among shoppers, with much higher fuel bills only coming into effect this month for many households. But he said: “Customers are being a bit more cautious, watching every penny, every pound.”

He said the cost of food production was increasing “from farm to fork”, while the war in Ukraine was adding to existing pressures on energy, fuel, fertilizer and feed for animals, prompting Sainsbury’s to offer extra cash to producers of pork, milk and eggs in particular.

“We are focused on how we hold back the tide and keep prices down [for customers]”Roberts said.

He said Sainsbury’s profits for the year ahead would be dampened by the need to restrain inflation on essentials – many of which the chain has pledged to match the discounter Aldi’s prices – as well as lower demand for food to cook at home now that restaurants, cafes and offices have reopened.

The group is also expecting lower sales of non-food items at its Argos stores amid the squeeze on customers’ spare cash and supply difficulties for items such as TVs and consumer electronics made in China, where pandemic-related factory and port restrictions are causing disruption .

Costs are also likely to be driven up by the need to rejig Sainsbury’s stores to meet new government rules on marketing high fat, salt and sugar foods from this autumn.

Sainsbury’s profits warning came after sales at the supermarket in the years to March rose 3.4%, which was led by a 60% increase in sales of petrol and an almost 13% rise in sales of clothing as people returned to socializing and the office as the pandemic restrictions were loosened.

Sales of groceries were steady but general merchandise declined almost 12%, led by a fall in toys and consumer electronics sales at Argos stores.

Underlying pretax profits doubled to £ 730m as the company reduced costs related to staff and protective gear required during the pandemic. Sainsbury’s also received a one-off benefit of £ 182m in a legal settlement over credit and debit card fees.

Roberts said the retailer was aiming to keep a lid on inflation by cutting costs. Plans include introducing more automated until and combining its delivery networks and supply chains for Argos, Sainsbury’s and its Habitat home furnishings brand.

The group has also shut down 200 in-store cafes and some hot food counters, switching to partnerships with Starbucks and Boparan Holdings, the owner of Giraffe, Carluccio’s and Ed’s Diner.

“We know just how much everyone is feeling the impact of inflation, which is why we are so determined to keep delivering the best value for customers. We have been able to drive more investment into lowering food prices funded by our comprehensive cost savings plans, ”Roberts said.

Sainsbury’s has said its customers are starting to watch “every penny” as the cost of living crisis mounts, which combined with significant cost increases and difficulties with supplies will lower profits at the supermarket chain in the year ahead. The UK’s second-largest grocer said it expected to make a full-year profit of up to £…

Take the sting out of housing and transportation costs