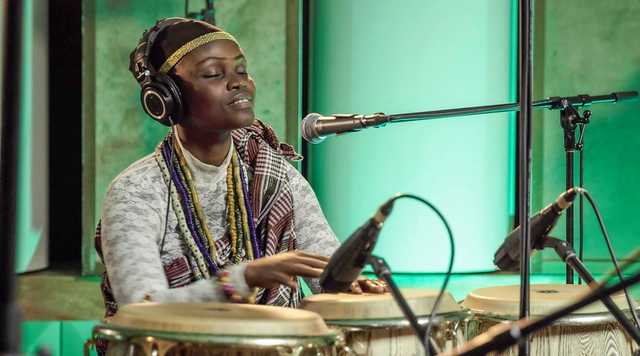 Female instrumentalists at an online concert

A generation of women instrumentalists in Africa has come into their own, breaking cultural norms whether playing modern instruments like guitar, bass, and saxophone, or those culturally reserved for men like the West African kora, or closer home, the nyatiti.

A group of these exceptional women musicians from around Africa will showcase their talents during a special international concert hosted by UNESCO to celebrate the 11th annual International Jazz Day this weekend.

The second edition of JazzWomenAfrica concert will be streamed online today (Saturday, April 30, 2022), to counter the under-representation and insufficient recognition of women in the music industry.

This performance by a select group of women instrumentalists will also be part of the flagship International Jazz Day event, the All-Star Global Concert which will take place at the UN General Hall in New York.

The inaugural JazzWomenAfrica last year featured performances and debates with women artists and producers, including Kenyan trumpeter Christine Kamau. She is also the founder of the forum Women in Music which similarly draws on the experiences and challenges facing female artists across Africa.

The show will feature three Senegalese artists, Maah Keita, bassist and activist for people living with albinism, and her compatriots, composer and performer Mariaa Sigaa and kora player Senny Camara.

Each of these women are of exceptional musical ability and has an inspirational background. Maah Keita, one of very few women bassists in Africa and the only one in her country, Senegal, learned guitar with the support of her brothers and the few female bassists that she could contact around the world.

She played along with her brothers in the family band Takeifa from 2006 to 2018, recorded three albums, and performed at multiple venues around Europe.

They became one of the most popular young bands in Dakar and performed alongside legends like Alpha Blondy, Femi Kuti, Tiken Jah Fakoly, and their illustrious compatriot Baaba Maal.

Maah Keita is a champion of women’s rights and people, like her, living with albinism, having founded the organization, Care Albinos, which provides medical assistance to those with skin cancer.

Another exceptional Senegalese musician in the group is Mariaa Sagaa (Mariama Siga Goudiaby), a young artist, composer, and performer who comes from the south-western region of Casamance.

She combines traditional rhythms with contemporary sounds like reggae, blues, and jazz and has earned an international reputation since releasing her debut album “Asekaw” (Woman) in 2019.

Composer and kora player Senny Camara completes the trio of Senegalese musicians for the JazzWomenAfrica concert. She is a fiercely independent artist who has broken the cultural norms by playing the kora, the 21-stringed harp traditionally the preserve of male musicians.

She played in an orchestra in Dakar performing American and Afro-Cuban jazz, classical, and pop music.

There are musicians from other parts of West Africa on the showcase, Mounaissa, a member of the Kaladjoula Band, and a group of women instrumentalists from Mali. One of the first women guitarists in her country, she also plays drums and has turned out for several orchestras from Mali.

Another guitarist, Nelida Karr, popularly known as Equatorial Guinea’s Diva ”has been playing instruments since the age of 15 and combines guitar with piano and percussions.

Her music is a fusion of jazz and Afro-Cuban music and she is best remembered for her interpretation of the official anthem of the 2012 African Cup of Nations football championships held in Gabon and Equatorial Guinea.

Abigail Narkie Teye plays five different types of drums from her native Ghana: Agbadja, Kpanlogo, Fontomfrom, Obonu, and Gome while Laura Prince is a Togolese performer, author, composer who studied music at the University of Paris.

The pianist and violinist cites a broad range of influences, from Cuban salsa of Celia Cruz, to Afrobeat of Fela Kuti and Makossa of Manu Dibango along with blues, jazz, and classical music.

On the eve of the concert, the women artists and producers will discuss the solutions to the biggest challenges facing female jazz artists in Africa.

These include access to global platforms that promote their work and provide the younger generation of artists with role models that can help break down stereotypes that hinder their development in the music industry.

Music Female instrumentalists at an online concert Saturday April 30 2022 Abigail Teye, Ghanaian percussionist, will be part of a group of women instrumentalists from around Africa who will showcase their talents at the 11th annual International Jazz Day this weekend. PHOTO | POOL By BILL ODIDIMore by this Author Summary A group of these…