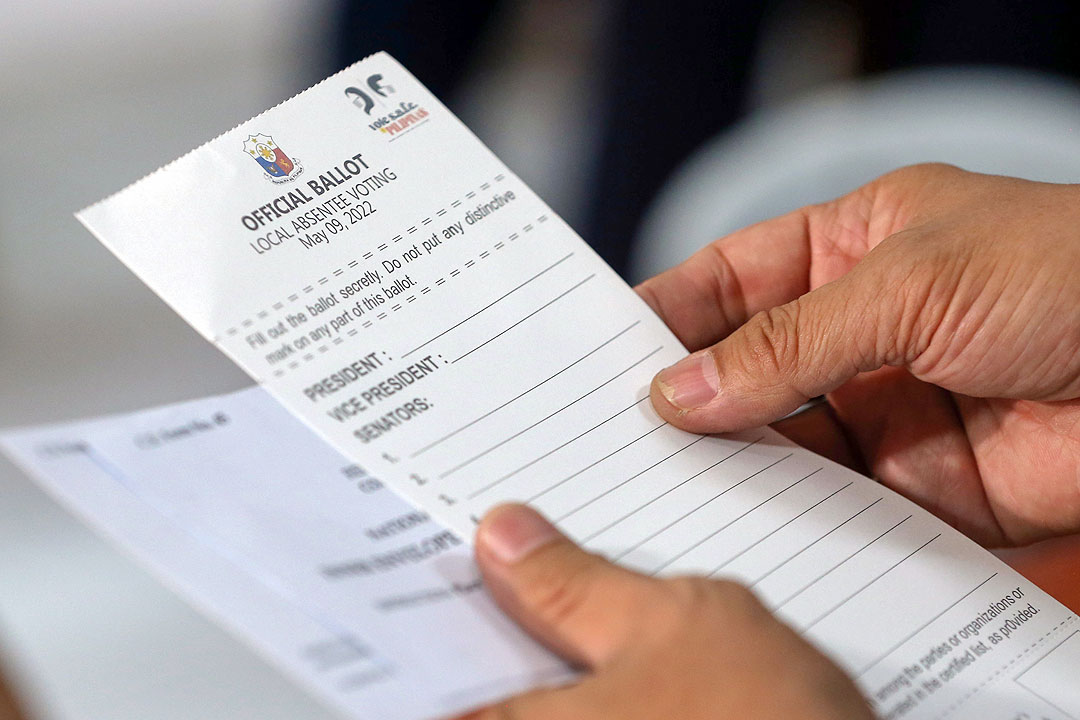 Next president needs to build on Duterte’s reforms – economist

THE COUNTRY’S next president will need to build on the economic reforms started by the Duterte administration in order to sustain recovery from the pandemic, according to think tank GlobalSource Partners.

“For the economy to return to sustaining the 6-7% pre-pandemic growth rates, the next administration needs to build on the economic reforms of the Duterte government to attract private capital, whether in infrastructure or elsewhere,” he said.

“Mr. Marcos, if he does win next week’s vote, will need to quickly assure markets that he has a well-thought-out, cohesive plan. And just as important, an economic team that can competently implement it. ”

The Philippine economy grew by 5.7% in 2021, a turnaround from the record 9.6% contraction in 2020. The government is targeting 7-9% gross domestic product (GDP) growth this year.

While there appears to be no wild swings in price and flows in the financial markets that indicate apprehension about a Marcos win, Mr. Bernardo said “it is not clear that this has not already been fully priced in as a Marcos 2.0 has been looming for months now.”

Mr. Bernardo identifiedfied some risks from a possible Marcos win at the May 9 polls, such as the former senator’s lack of a clear economic plan for the country.

“To date, Mr. Marcos has yet to present a coherent economic program. His refusal to participate in debates, notwithstanding one-on-one challengers from other contenders, has left observers guessing whether it is safe to bet policy continuity under the new administration, ”he said, adding some do not expect any drastic changes under a Marcos presidency.

If he wins a “high majority” in the elections, Mr. Bernardo said Mr. Marcos may be encouraged to pursue “fiscally unsound measures ”such as price stabilization measures for rice and oil.

Mr. Marcos Jr. earlier promised to bring down the prices of rice at P20-30 per kilogram should he win.

“While the Duterte administration inherited substantial fiscal space from its predecessor, Mr. Marcos will not have that luxury, especially after considering continuing social supports needed for post-COVID recovery and managing the impact of high global commodity prices, ”Mr. Bernardo said.

“As it is, players in the public infrastructure sector have told us that ongoing construction projects have little budget cover and the risk of contractors not getting paid on time is worrisome.”

The Philippines ended 2021 with P11.73 trillion in outstanding debt, pushing the GDP ratio to a 16-year high of 60.5%. This was higher than the 60% threshold considered manageable by multilateral lenders for developing economies.

The country also borrowed P1.3 trillion and received grants worth P2.7 billion to fund its pandemic response, including coronavirus vaccines.

Outstanding debt stood at a record P12.09 trillion at the end of February. – Tobias Jared Tomas

A person holds a ballot as he participates in the local absentee voting, April 27. – PHILIPPINE STAR / KRIZ JOHN ROZALES THE COUNTRY’S next president will need to build on the economic reforms started by the Duterte administration in order to sustain recovery from the pandemic, according to think tank GlobalSource Partners. In a…

Travelers can now fly nonstop from Minnesota to Nairobi

5 Environmentally Friendly Businesses That You Everyone Should Know About