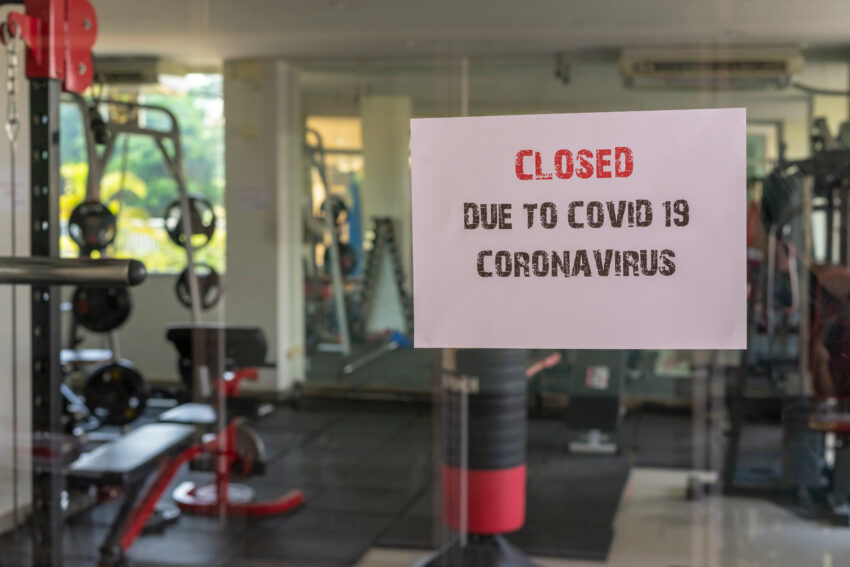 Hundreds of restaurants and gyms hit with lockdown fines could see their fixed penalties revoked in the courts, one leading lawyer has suggested.

23 such cases have already collapsed so far, with more than 800 more having ‘strong cases’ for potential appeals, solicitor advocate Lucinda Nicholls, of Nicholls & Nicholls explained.

Ms Nicholls said gyms were particularly susceptible to fines due to confusing official guidelines – including regulations that said those with a BMI higher than 40 were ‘entitled to go to a gym for exercise’.

‘Therefore gyms were allowed to be open for that category of customer’, she told The Times.

Now legal experts across the country have accused official bodies of showing ignorance for the exceptions to lockdown restrictions that saw businesses wrongly hit with financial penalties.

The developments come after a gym owner who faced a £ 10,000 fine for keeping his gym open during the second lockdown saw the ‘flimsy’ and ‘inept’ case against him dropped.

Alex Lowndes, who owns Gainz Fitness and Strength in Bedford and St Neots in Cambridgeshire, refused to close his gym in November 2020 after Covid-19 restrictions were imposed.

Mr Lowndes’ establishment was subsequently raided by police and he was charged with a breach of lockdown regulations, which he denied.

The businessman failed to pay the fixed penalty notice and was due to stand trial last March, however his case, defended by Ms Nicholls, collapsed after the authority failed to gather sufficient evidence to prosecute.

Bedford Borough Council said the case was in the ‘public interest’, they enforced the rules at the time and that there was ‘ample evidence for a successful prosecution’.

The CPS has said each lockdown fine would be considered on its individual merits.

Mr Lowndes told the BBC: ‘They [the council] should have looked at it even six months in and gone ‘this is a waste of time’.

He added: ‘[Contesting the case] was based on principle. We should never have shut in the first place and we stand by what we did at the time. ‘

At the time, Mr Lowndes said he was willing to accept the potential fine.

‘The science does not back the shutdown of gyms. Garden centers are essential but gyms aren’t? It’s a farce, ‘he said.

‘None of us have got huge wads of money but this is bigger than £ 10,000. If they shut us down now then they’ll keep shutting us down.

Mr Lowndes added: ‘The response has been overwhelmingly positive. We’ve had pledges with people offering to help out with a fine if that happens. ‘

Responding to the suggestion he would be contributing to spreading coronavirus by staying open, Alex said: ‘If you want to take that stance you should look at schools and universities.

‘You’ve got to shut down everything if you’re doing a lockdown.’

The gym owner’s decision was met with a mixed reaction on Facebook.

One social media user, who claims to be a member at Gainz, said he was canceling his membership as a result.

He explained: ‘As a member of the scientific community I can not condone this and will have to resign my membership I’m afraid.

‘I had paid a whole year and had not asked for a refund or extension during the last lockdown. Very happy to support a local business but not this attitude. ‘

Others praised Alex for pushing back at the lockdown measures, with another writing: ‘Good for him.

‘Businesses need to push back against these unnecessary draconian measures!’

Gyms were ordered to shut their doors under lockdown rules in 2020 but the government confirmed they would lift the ban from December 2 under a tier system.

Many gyms up and down the country refused to shut their doors during restrictions, claiming they provide a vital service that improves both physical and mental health.

‘The biggest issue is enforcement of the legislation – the law has not been followed, but councils and prosecutors doggedly insist on proceeding, it makes no sense,’ she said.

Nick Whitcombe defied the government’s tougher lockdown rules and refused to close Bodytech Fitness in Moreton, Merseyside – saying ‘he will not have one to come back to’ if he did.

But he was quickly slapped with a £ 1,000 fine, after a member of the public reported the gym was still open, before armed officers turned up at the gym to demand he close it.

The gym boss then launched a campaign in which he vowed to stay open to members despite the threat of fines and closure.

Steven Todd of Reps Gym in Preston, Lancs, ignored 11 previous warnings and fixed penalty notices ordering him to close his doors during the national lockdown.

He claimed his gym provided an important public service to protect the mental health of its users.

But Preston City Council was granted a Closure Order on the 10,000 square foot gym.