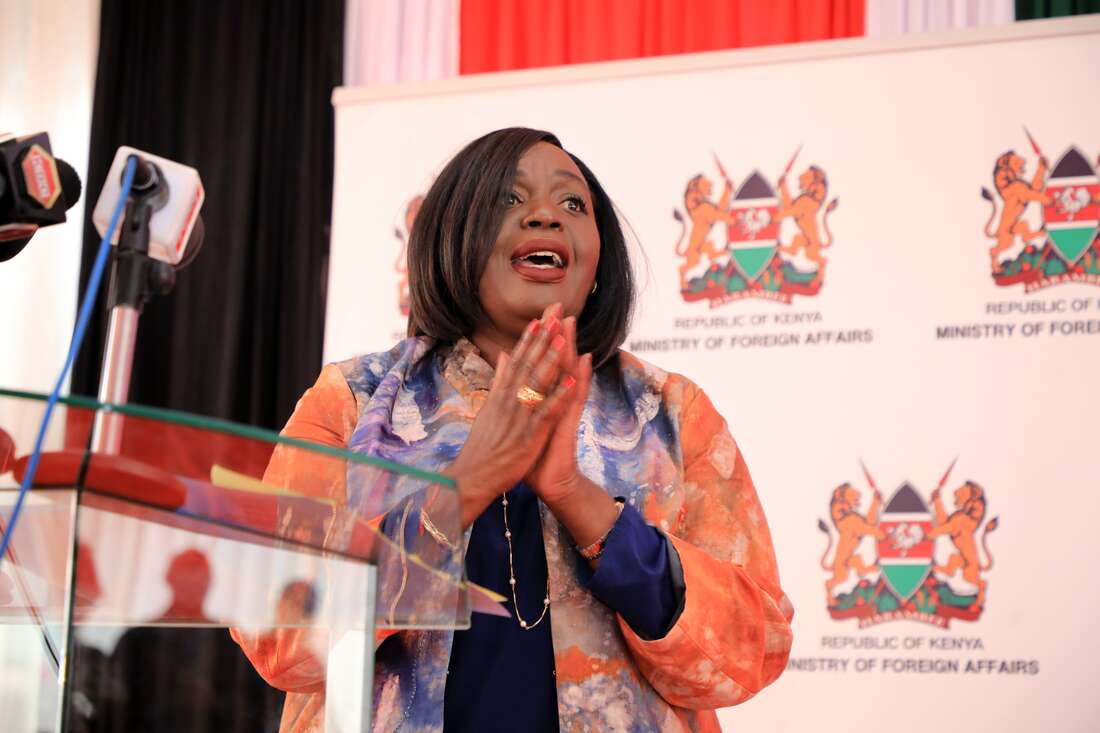 Kenya is seeking billions of shillings to purchase guesthouses and luxury vehicles for visiting presidents and other dignitaries, underlining the burden of running the country’s foreign affairs on taxpayers.

The Ministry of Foreign Affairs says the acquisition of the guesthouses is aimed at cutting reliance on five-star hotels and guaranteeing availability of accommodation for the foreign dignitaries.

It also plans to splash additional millions on limousines and other high-end cars for local travel or what it calls VIP State guests.

This will add to the growing burden of running the Foreign Affairs ministry, which is spending billions of shillings to host Kenyan diplomats in foreign capitals.

The ministry did not disclose the budget for the guesthouses and luxury vehicles in the plan tabled in Parliament for MPs’ review.

“The ministry seeks to acquire suitable guesthouses for high-level dignitaries visiting the country. This will cut costs of hotel accommodation and ensure there is always availability of accommodation and reduce dependency on hotels,” says Foreign Affairs Cabinet Secretary Raychelle Omamo in a report to Parliament.

“This will also ensure security and confidentiality.”

The government spends millions of shillings on reception and entertainment of visiting State guests in top-notch hotels.

The ministry did not disclose the number of guesthouses or top-of-the-range vehicles it intends to purchase.

Ms Omamo indicated in the report tabled in Parliament that the ministry intends to acquire ceremonial or protocol vehicles complete with provision for flag pendants.

The Toyota Kenya website shows that it costs about Sh16.7 million to acquire a Landcruiser V8.

This amount could rise if the vehicle is customized to include security features like bulletproofs.

“Further, the ministry intends to acquire protocol / ceremonial vehicles-Specifics for vehicles to include provision for flag pendants,” Ms Omamo said.

“The ministry has a large fleet of old vehicles hence increased maintenance costs. In addition, unlike in other international airports, JKIA does not have protocol cars stationed within the tarmac area / airside to facilitate VVIPs and VIPs on arrival and departure (boarding and disembarking ), “Ms Omamo said.

She said the ministry does not have suitable vehicles to be stationed at the airside.

“There is also inadequate dedicated transport for senior staff, local errands and to ferry staff and goods which hampers service delivery of the ministry.”

The ministry recently announced a shift from renting to purchase property in a bid to cut rental costs that nearly Sh3 billion a year.

Diplomats in London and New York have been forced to rent homes and offices as residences built by taxpayers fall apart due to neglect.

The Auditor-General’s reports paint the sorry state of affairs in the country’s foreign missions and have singled out the Kenyan Embassy in Washington DC, New York and London – which are the most prestigious diplomatic missions.

This has forced diplomats to rent homes in some of the world’s pricey cities, upping the missions’ leasing costs.

The cost of renting space for Kenya’s embassy in London remains undisclosed but the city’s leasing costs are some of the most expensive in the world.

Analysts, however, said while economic diplomacy, spearheaded through such property acquisitions, is key to entrenching Kenya’s global presence, the planned purchase cannot be termed a priority.

The Treasury in the year to June 2021 allocated the Foreign Affairs ministry a total of Sh17.33 billion out of which Sh16.2 billion went to recurrent expenditure, leaving Sh1.13 billion for development.

The ministry’s data shows that payment of salaries for staff working in the various embassies, missions and chanceries took the largest share – Sh8.3 billion – of the recurrent expenditure.

The ministry spent Sh6.8 billion on operations and maintenance while the Sh1.2 billion set aside for development went to acquisition of assets.

“Most missions do not own properties hence end up leasing. Rents and leases account for approximately 20 percent (Sh3.4 billion) out of the total budget (Sh17 billion) in Kenyan Missions abroad,” the report states.