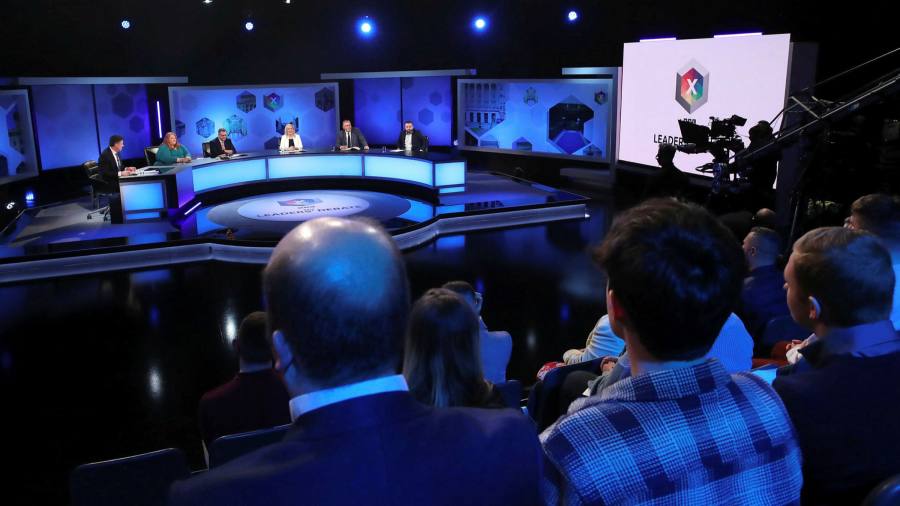 No one will benefit from a Northern Ireland stalemate

Northern Ireland is often forgotten between its crises. But its six counties matter beyond their contested borders. When voters elect new representatives for its assembly at Stormont on Thursday, they will make a choice that matters for safeguarding the post-conflict region’s tense peace – and has wider ramifications for EU-UK relations.

In some regards, the Good Friday Agreement, which established the terms of peace in 1998, is strong. There is no challenge to its answer to the constitutional question: the region will remain British for as long as its people agree. And when Britain left the EU, Northern Ireland was partially left behind – a consequence of a consensus that the agreement required as open a border with Ireland as possible. But the political culture the peace deal sought to establish is in poor health – not least because of Brexit.

Nationalists, who want the region to join Ireland, largely voted against Brexit. Unionists, the community that seeks to remain in the UK, tend to oppose how it has been implemented. The Northern Ireland Protocol, part of the UK-EU withdrawal deal, has created border checks on goods from Great Britain.

The DUP, the biggest unionist party, is blamed for this outcome: they present themselves as hardline but their maneuvering against other Brexit deal options is part of the reason for the border. A portion of their voters have scattered, some to a more trenchant grouping.

The tension will not blow away: the assembly must ratify continuation of the protocol in 2024. And Jeffrey Donaldson, leader of the DUP, has stated that his party would not join a government with the protocol in place. This would prevent a government being formed: the leading unionist and nationalist parties are required to jointly run any government.

At the same time, the DUP’s poll slump could leave Sinn Féin, the nationalist party which supported the Provisional IRA, as the largest party. Sinn Féin’s leader will be entitled to the title of “First Minister”. This promotion from Deputy Prime Minister will be symbolic – the two roles have the same powers – but it will be a remarkable moment.

All that drama, however, may disguise a more mundane truth: these two parties have been locked together as joint leaders since 2007. The only interruption has come when one of them has collapsed the government.

There are hints that voters are willing to try something else. Alliance, which do not have a position on the constitution, look set to grow. It is to be hoped that the Ulster Unionist party and the nationalist Social Democratic and Labor party make progress, too. These parties do not treat democratic government as a bargaining chip.

The UUP opposes the protocol – but its leader, Doug Beattie, rightly sees the best answer is negotiation. He has, to his credit, been willing to take an electoral hit by refusing to attend anti-protocol rallies because he thinks they are inflammatory. Conservatives in London campaigning against the protocol they introduced should note his example: feeding rage without offering a real solution helps no one.

It is also noteworthy that the SDLP’s leader, Colum Eastwood, recently made a point of singling out a unionist health minister for praise. A small cross-community gesture, but a favorable portent. His legislators have a good record of trying to make the assembly effective, too – for example, by pushing forward constructive changes on pub licensing.

Northern Ireland is in a cost of living crisis. Its health service is in trouble. Infrastructure needs investment. And then there is the protocol. The best it can hope for is a good outcome for those politicians committed to dialogue. Northern Ireland needs a working government.

Northern Ireland is often forgotten between its crises. But its six counties matter beyond their contested borders. When voters elect new representatives for its assembly at Stormont on Thursday, they will make a choice that matters for safeguarding the post-conflict region’s tense peace – and has wider ramifications for EU-UK relations. In some regards, the…