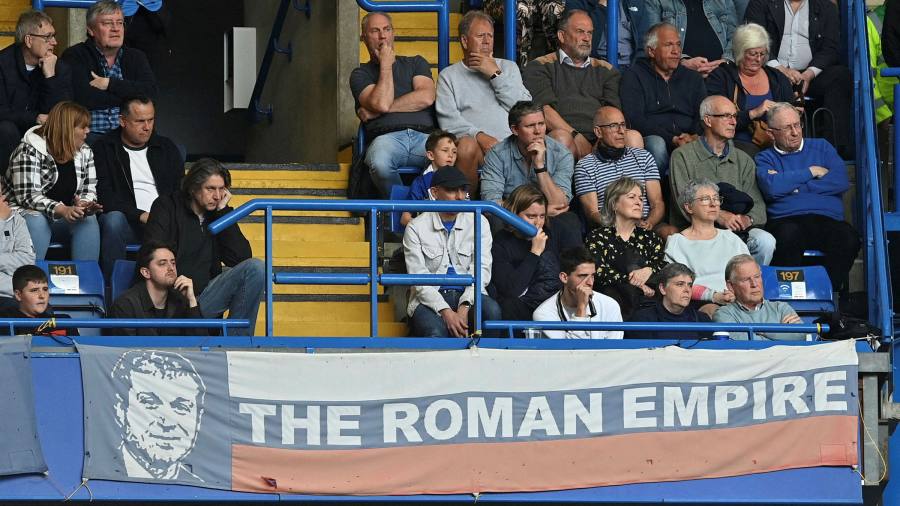 Roman Abramovich has denied that he demanded personal repayment of around £ 1.5bn of debt owed by Chelsea, as American investors close in on buying the west London football club from the sanctioned Russian.

In a statement posted to Chelsea’s website on Thursday, Abramovich said it was “entirely false” to suggest that he had “asked for any loan to be repaid to him”.

Fordstam, Chelsea’s parent company, owes around £ 1.5bn to Camberley International Investments, a Jersey-based entity which has ties to Abramovich. The Channel island last month froze more than $ 7bn in assets linked to the oligarch, while Fordstam is operating under UK government restrictions that mean it is not free to make payments to other entities.

The statement followed a report in the Times that raised fears Abramovich was trying to “renege” on a pledge he made in March that he would “not be asking for any loans to be repaid”.

The loans underline the uncertainty facing Chelsea, which has been bankrolled by Abramovich since he acquired the club in 2003, and the investors lining up to buy it. The club is operating under a special UK government license that allows it to play matches despite an asset freeze imposed on the Russian tycoon because of the war in Ukraine.

US financier Todd Boehly and private equity group Clearlake Capital are in exclusive talks to buy the club, which Abramovich put up for sale shortly after Russia’s invasion. However, the auction has been complicated by sanctions imposed as a result of his connections to Vladimir Putin.

The statement, attributed to a spokesperson for Abramovich, said that following “sanctions and other restrictions imposed on Mr Abramovich by the UK since announcing that the club would be sold, the loan has also become subject to EU sanctions, requiring additional approvals”.

Abramovich reiterated on Thursday that the proceeds from the club’s sale are “earmarked” for a new charitable foundation. His “team has identified senior representatives from UN bodies and large global charitable organizations who have been tasked with forming a foundation and setting out a plan for its activities”, his spokesperson said.

“That means that the funds will be frozen and subject to a legal procedure governed by authorities. These funds are still earmarked for the foundation. The government is aware of these restrictions as well as the legal implications. ”

Abramovich has previously said the foundation would “be for the benefit of all victims of the war in Ukraine”.

Boehly and Clearlake were granted preferred bidder status last week, placing ahead of rival bidders, including a group led by private equity tycoons Josh Harris and David Blitzer, and another by basketball moguls Stephen Pagliuca and Larry Tanenbaum.

Raine Group, the US merchant bank running the auction, is not considering an eleventh hour bid by chemicals tycoon Jim Ratcliffe and his UK-headquartered group Ineos, which made an offer despite not taking part in the formal process.