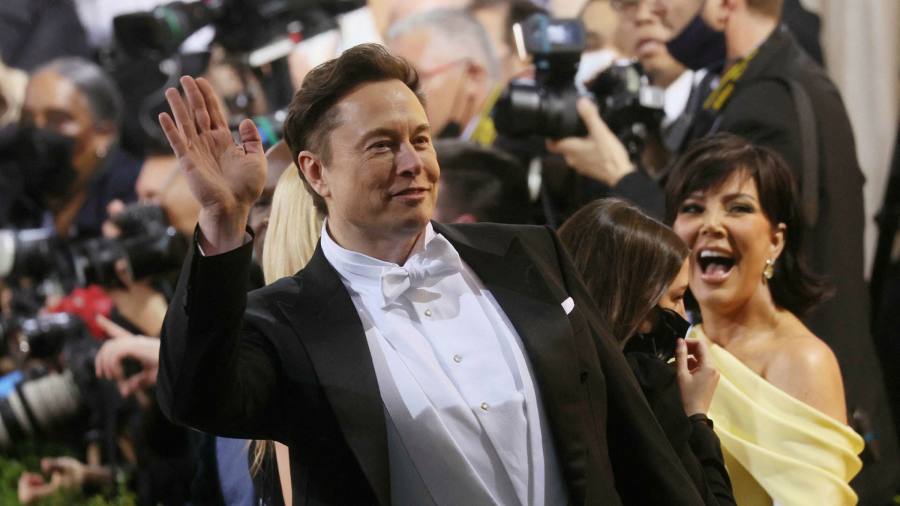 With the new financing commitments, Musk will cut the margin loan he has taken with a group of lenders by half to $ 6.25bn and increase the equity portion to $ 27.25bn. The remainder of the purchase price will be paid with debt raised from global banks.

The Tesla chief has been in a whirlwind effort to secure outside backing to join his audacious bid for the social media platform, even as traditional private equity firms involved in leveraged buyouts have largely eschewed the transaction.

The deal would transform Musk, a self-declared “free speech absolutist” with nearly 91mn followers on the site, into a social media baron with control over how millions of people obtain news and information.

Twitter’s shares edged up by nearly 2 per cent in pre-market trading to over $ 50 on Thursday. But the stock price has remained consistently below the $ 54.20 per share offer made by Musk, as investors have worried that he would not be able to complete the deal. The entrepreneur would have to pay $ 1bn if he abandons the transaction.

Saudi Prince Alwaleed Bin Talal Bin Abdulaziz Alsaud, already an investor in Twitter, will roll 35mn shares into the bid vehicle, which at the offer price equates to a $ 1.9bn stake.

Great to connect with you my ‘new’ friend @elonmusk, ”The Saudi Prince wrote on Twitter. “I believe you will be an excellent leader for @Twitter to propel & maximize its great potential.”

That represents a turnaround for Prince Alwaleed, who had initially rejected Musk’s takeover bid when it was revealed last month, saying he did not believe the offer “comes close to the intrinsic value of Twitter given its growth prospects”.

Musk also revealed he is working to bring in additional equity investors, including billionaire Twitter co-founder Jack Dorsey, by giving existing shareholders an option to contribute their shares to the buyout. He added in the filing that any further contributions may replace portions of the financing commitments previously arranged.

The group of investors backing Musk’s bid does not include many private equity groups that held talks with the South African businessman, according to people briefed on the matter.

Two private equity executives said they decided to stay out of the Twitter bid after determining that it would be hard for them to influence the maverick entrepreneur on the direction of the company.

Musk has argued he will “unlock” Twitter’s potential to be “the platform for free speech around the globe,” indicating he intends to loosen its content moderation policies in an effort to reduce toxicity and abuse on the site.

Twitter has written to advertisers in recent weeks to say the company remains committed to ensuring their ads are not placed alongside harmful or offensive content, amid growing concern Musk’s takeover would hurt its $ 4.5bn-a-year advertising business.

Musk also appears to be on a collision course with regulators and politicians around the world. The EU commissioner for the internal market Thierry Breton told the FT that Twitter under Musk’s ownership must comply with Brussels’ social media moderation, or risk hefty fines or a ban.