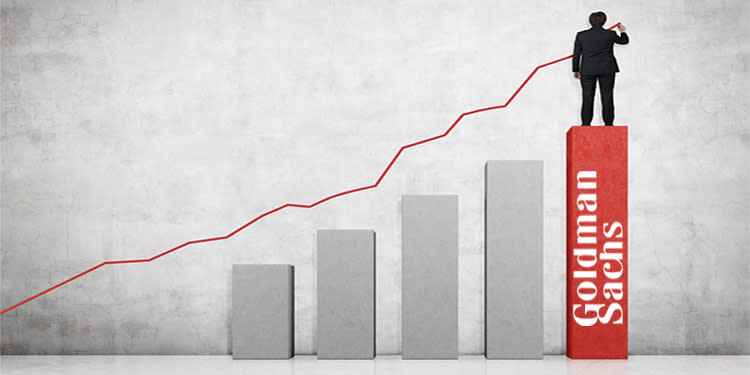 Just when it looked like time to throw in the towel, the market pulled through and delivered a win. After April turned out to be the worst month since March 2020, May kicked off in a more upbeat fashion, with investors hoping the bottom might be in sight.

Whether that is the case or not, remains to be determined, although the one good thing about a bear market is that investors have plenty of opportunities to pick up promising equities at enticing prices.

But how to get hold of the next winner? One route is to follow the lead of analysts at banking giants such as Goldman Sachs.

We dived into the TipRanks’ database to get the lowdown on two names the firm’s stock analysts see as primed for lift off – even in the current risk-off environment. These are names which Goldman’s stock pickers see surging by at least 70%; they also happen to be rated as Strong Buys by the analyst consensus. Let’s take a look at why the banking firm finds these names so appealing right now.

The holy grail for investors might be a multibagger but for a biotech company it is to get one of its candidates across the finish line, a feat already achieved by Insmed, a company focused on the development of drugs for rare diseases.

Back in 2018, Insmed has gained FDA approval for its lung disease drug Arikayce. In 2021, Arikayce generated net sales of $ 159.5 million in the US, but also brought in $ 16 million from Japan following July’s launch, while in Europe, Arikayce has now hit the shelves in Germany, the Netherlands, Wales, and Scotland.

Arikayce might already be generating meaningful revenue, but the pipeline has various other drugs in development.

It is a combination of appealing valuation, commercial viability, a strong pipeline and additional opportunities which have Goldman Sachs’ Andrea Tan in a bullish mood.

With INSM trading near its commercial base business (~ $ 20 / share), we see the name as attractive at current levels, noting strong commercial execution spurred by favorable COVID and idiosyncratic tailwinds for FY22 Arikayce sales (30% + YoY growth) and pipeline catalysts to serve as inflection points and unlock pipeline value. Separately, INSM’s fourth pillar dedicated to translational medicine will be unveiled at the upcoming R&D day in 2H22 where the goal of 1 IND / year (first one in gene therapy by YE22) is designed to deliver long-term growth across multiple indications, ”Tan wrote.

All of the above convinced Tan to rate INSM a Buy. In addition to the call, she set a $ 56 price target, suggesting a hefty 145% upside potential. (To watch Tan’s track record, click here)

Overall, the Street is unanimously on board here; the stock has garnered 7 analyst reviews over the past 3 months, and all are positive, making the consensus view a Strong Buy. There’s a bullish average target too; at $ 50, the figure implies shares will appreciate ~ 119% in the year ahead. (See INSM stock forecast on TipRanks)

We’ll stay in the biotech neighborhood for the next stock. 2seventy bio takes its moniker from the “maximum speed of translating human thought into action,” which happens at 270 miles per hour. The cell and gene therapy company aims to outpace cancer and came into being after bluebird bio spun off its severe genetic disease business from its oncology segment.

The company boasts a commercial asset, Abecma, which was developed in partnership with Bristol Myers. The drug gained FDA approval in March 2021, making it the first approved cell-based gene therapy for the treatment of multiple myeloma.

Bristol Myers reported that Abecma revenues hit $ 158 million last year, and the two companies equally split all profits and losses related to the drug in the US. 2seventy expects total US Abecma revenues will come in the $ 250- $ 300 million range in 2022, with the company recently stating it is on track to reach the “high end of the range,” driven by a meaningful patient backlog and strong demand.

The company’s pipeline boasts 5 programs in IND-enabling preclinical studies, but two other assets have already advanced to clinical studies; bbT369 is a dual targeted (CD20 and CD79a) CAR T-cell therapy in a Phase 1 study indicated for the treatment of B-non-Hodgkin lymphoma (NHL) and SC-DARIC33, an investigational, potentially first-in-class CD33- targeting CAR T for the treatment of acute myeloid leukemia is also in Phase 1 testing. Initial data is anticipated for both in 2H22 and proof of concept (PoC) clinical data should be available in 2023.

Goldman Sachs’ Salveen Richter is “constructive” on these novel engineered lead clinical-stage assets and is upbeat regarding Abecma’s commercial prospects.

“In our view, TSVT’s core value proposition is supported by Abecma, which represents a base business of ~ $ 12 / share, and centers on the pipeline where we note innovative science layering multiple technologies. Abecma has demonstrated a promising early launch where demand has outpaced supply. We monitor industry-wide supply constraints for lentiviral vectors, but view the 2022 US sales guidance of $ 250mn- $ 300mn as achievable, ”Richter noted.

To this end, Richter rates TSVT shares a Buy and has a $ 26 price target for the shares. The implication for investors? Upside of ~ 72%. (To watch Richter’s track record, click here)

Two other analysts have recently chimed in with TSVT reviews and they back Richter’s positive stance, providing this stock with a Strong Buy consensus rating. Their price projections are even more bullish than the Goldman analyst will allow; at $ 34.67, the figure suggests shares will rise 129% over the one-year timeframe. (See TSVT stock forecast on TipRanks)

Disclaimer: The opinions expressed in this article are solely those of the featured analyst. The content is intended to be used for informational purposes only. It is very important to do your own analysis before making any investment.