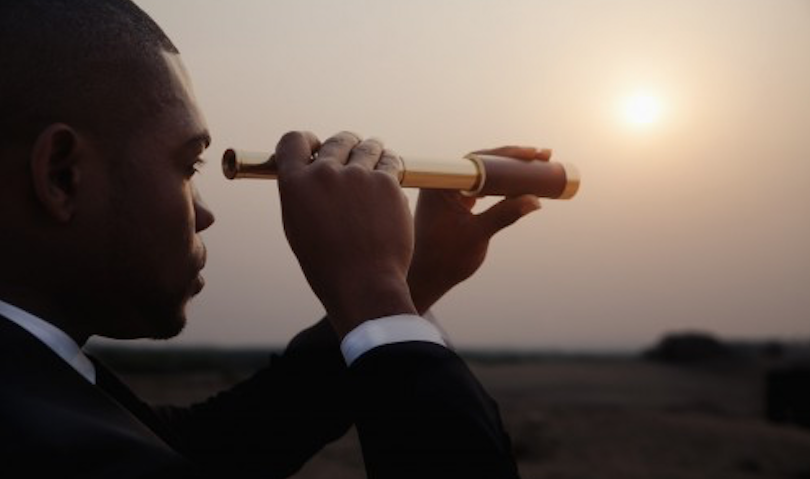 The folly of forecasting – Moneyweb

There is certainly no shortage of things to worry about at the moment – and, as with all things unknown and uncertain, it is human nature to speculate how things will pan out.

Although we have no actual control over the outcome, being mentally prepared for a certain outcome brings some sort of comfort, especially when it comes to our investments. Forecasting outcomes for life is one thing but humans are notoriously bad at correctly forecasting the markets and the subsequent impact events might have on their money.

In the words of Warren Buffett: “Forecasts may tell you a great deal about the forecaster; they tell you nothing about the future. ”

The mathematical equation for forecasting is actually quite straightforward and only consists of two factors. The big trick in this seemingly simple test is that you must get both factors right, and both forecasts correct, to succeed and capitalize on the situation:

Let’s say you are exceptionally good at predicting and you get it right 70% of the time – the odds are still the same as flipping a coin, as can be seen in the equation below:

Probability of predicting the event correctly

Statistically, the chance of you getting the right answer from speculation and forecasting (even if you are pretty good at it) is very low, 25% in fact.

At Morningstar we pay little attention to forecasting. We do not try to predict outcomes – instead, we focus on facts, we value assets to understand their worth and their price (and hopefully there is a disconnect), and then we build protection into our portfolios as an extra precaution.

Is local lekker or not?

In our opinion, local is very lekker at the moment. Even amid factors such as the invasion of Ukraine by Russia, inflation in the US sitting at over 8%, and the possibility of a global recession – things are looking up for South African assets.

At the end of 2019, a big concern for markets and investors was whether South Africa would be downgraded to junk status by all of the major rating agencies in 2020. As you may remember, shortly into the start of 2020, South Africa was downgraded to junk status by the last of the major rating agencies, Moody’s, with further downgrades into sub-investment grade territory occurring subsequent to this.

In the past two years, we have seen some improvements – for example, last month Moody’s revised our outlook from “negative” to “stable”, noting that South Africa’s fiscal position has “markedly recovered”.

Factors that contributed to the change in sentiment and the improved outlook for South Africa were driven largely by the amount of tax revenue collected as a result of strong commodity prices and increased demand for resources (of which we have a lot).

In fact, the South African Revenue Service (Sars) broke a revenue record this past year and collected more than R1.5 trillion net tax revenue in 2021/22. This is a 25.1% increase from the previous year.

South Africa is a net exporter of commodities and precious metals and has been a net beneficiary of the supply shortages experienced due to the current sanctions being imposed on Russia. Demand for what we produce has increased and supply has been cut, meaning that prices have risen to meet this new equilibrium.

In March, we saw manufacturing sentiment rise to its highest level in almost 23 years and reach the highest monthly reading since record-keeping began in 1999.

Over the first three months of the year, we have seen global equities fall by 13% in rands (5% in USD) versus South African equities, which are up 4% in rands.

That is a 17% rand differential in performance in just three months. While some of the easy money may well have been made by now, we are still seeing good value in select shares and areas of the market, and these are reflected in our client portfolios.

South African bonds are an asset class we have been talking about for some time. Our government bonds are offering investors a yield of around 9.5%. Compare this to cash, where you can get 4% in the bank, and inflation, which is currently 5.7% (and on the rise). Simply put, you are being offered a real yield of over 3.5% from SA government bonds versus an almost negative 2% real yield from cash.

Yes, government bonds are more volatile than money market instruments when looked at in isolation, however, when held in a portfolio with equities and foreign assets, SA government bonds offer a healthy yield and potential for capital gains should yields decline.

Then there is the rand. For most South Africans, it has been a one-way bet and a slippery downward slope for the SA currency against major developed market currencies.

Given the war in (Eastern) Europe, geopolitical risk being high, interest rates rising and a recession possibly on the cards, it is safe to say that most South Africans would have likely bet on the rand weakening.

We anticipate that in the long term, relative purchasing power parity (inflation differentials) will drive the rand and, based on the fact that we have structurally higher inflation than most of the developed economies, the rand is likely to weaken over the long run.

Medium-term movements are largely driven by our terms of trade; in other words, how much we export to the world versus import from the world. Right now, given the demand for commodities and the increased prices, terms of trade are in our favor and support a stronger rand. Short term valuation will be driven by politics and sentiment. Sentiment is fickle, and as for our politics – well that’s anyone’s guess.

Despite the good news on the ground in South Africa, we are certainly not immune to what is happening globally. The first and obvious impact is the rise in the price of oil and its effect on consumers’ pockets and inflation.

Being an emerging economy, we are very dependent on oil and it makes up a large portion of the Consumer Price Index (CPI) basket.

Over the past two years, we have witnessed record low interest rates and inflation. As energy prices soar, we are seeing this feed through to inflation and, in SA, gnaw away at consumers’ pockets through higher transport costs, higher food costs and higher electricity costs.

If it costs you R500 more to fill your car per month, that is coming straight out of your pocket.

The pass-through effect from higher oil prices on food and transport will mean inflation is likely to peak at over 6% this year.

We know that higher inflation will mean that the South African Reserve Bank is likely to hike interest rates, and this will put further pressure on an already strained consumer. Add load shedding to the mix and these are real headwinds that pose a threat to the good news listed above.

When inflation is high, real assets such as commodities, materials, gold and inflation-linked bonds tend to perform well.

While we can not predict where the oil price will settle and how these events will play out, what we can do is build inflation hedges and protection into our portfolios. We have done this through several channels.

Firstly, we have meaningful exposure to commodities and real assets that tend to perform well in times of rising inflation. We have a large overweight allocation to SA government bonds, which are offering investors real yields of over 3% and nominal yields of over 9%, protecting investors against adverse capital movements.

In addition, we have exposure to inflation-linked bonds in our more conservative portfolios which perform well in times of rising inflation.

Investors should remember that returns do not happen in a straight line and seldom occur when one expects them to. It’s vital to separate emotion / sentiment from an investment portfolio.

Often the most beleaguered investments turn out to be a great opportunity for future returns, as investors can access these investments at a good price.

Volatility creates opportunity and short-term underperformance can translate into a solid, longer-term upside.

A well-diversified portfolio that is designed to meet your investment goals while remaining within your risk tolerance is a far better solution, and much more likely to result in long-term investment success than trying to buy yesterday’s winners.

Investing is a marathon and not a sprint. If you have a 10-year investment horizon, remember to keep a long-term view – do not worry too much about your returns for the first three to five years. When it comes to investing, patience is rewarded.

There is certainly no shortage of things to worry about at the moment – and, as with all things unknown and uncertain, it is human nature to speculate how things will pan out. Although we have no actual control over the outcome, being mentally prepared for a certain outcome brings some sort of comfort, especially…