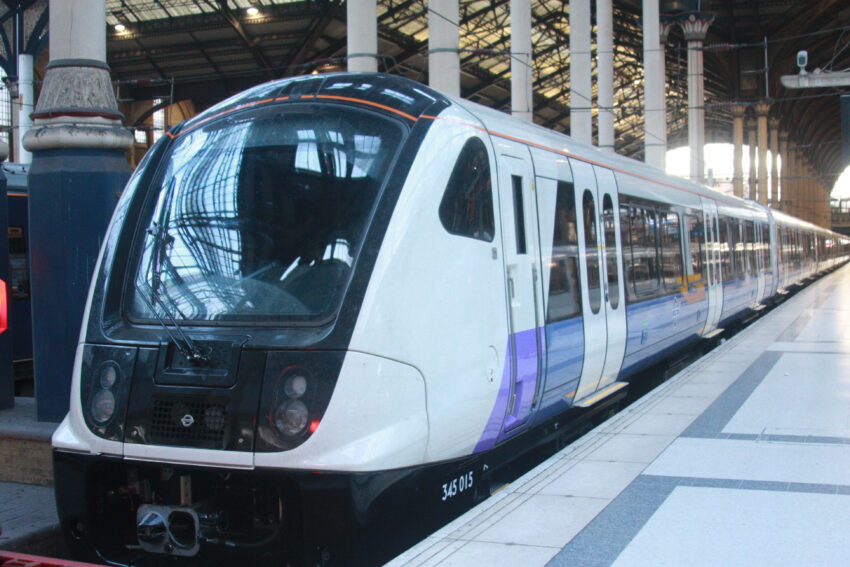 Much-delayed Elizabeth line to open on 24 May

London’s Elizabeth line is to open on 24 May, it has been announced, with the long-delayed tunneled central section of the £ 19bn Crossrail project now ready for passengers.

Transport for London (TfL) said the line would open, subject to final safety approvals, the week prior to the Queen’s jubilee celebrations.

The line will massively boost transport capacity in London and south-east England, cutting journey times, and with a number of new stations and much longer, spacious trains.

The Elizabeth line will initially operate as three separate railways, with the overground services already running as TfL Rail in the west and east planned to join directly with the center from this autumn. The new underground section will start operating 12 trains an hour between Paddington and Abbey Wood from Monday to Saturday, between 6.30am and 11pm.

Engineering work will continue through the nights and on Sundays, with testing and software updates to allow for more intensive services. Later this year 22 trains an hour are planned to run at peak times in central London.

TfL’s commissioner, Andy Byford, who staked his reputation on completing the line before the 30 June deadline he inherited after Crossrail’s construction delays multiplied, said: “We are using these final few weeks to continue to build up reliability on the railway and get the Elizabeth line ready to welcome customers.

“The opening day is set to be a truly historic moment for the capital and the UK, and we look forward to showcasing a simply stunning addition to our network.”

The mayor of London, Sadiq Khan, said the opening of the Elizabeth line would help build a “safer, fairer, greener and more prosperous city for all Londoners”.

He said: “This is the most significant addition to our transport network in decades and will revolutionize travel across the capital and the south-east, as well as delivering a £ 42bn boost to the entire UK economy and hundreds of thousands of new homes and jobs. ”

The transport secretary, Grant Shapps, accused Khan of breaking pre-election purdah by announcing the date of the opening the day before the capital votes on who will run its local councils, and said he was referring him to the Electoral Commission for investigation.

Although the line was partially funded and originally sponsored by the Department of Transport, and construction work was launched when the current prime minister was mayor, Shapps appeared to see the announcement as a boost for Labor in London.

He said: “This announcement is an act of breathtaking political cynicism by the mayor, breaking election rules on such announcements in an effort to garner votes the day before the local elections in London.”

A spokesperson for the mayor – who is not standing for election – said the announcement was made by TfL for operational reasons, and the DfT was notified well in advance, raising no concerns.

Khan accused the transport secretary of being a “sourpuss”, saying: “I’m not going to get into mud-slinging like Shapps is. He needs to grow up and join the party. ”

The mayor said: “We’ve only got 20 days to make sure that the rotas are sorted out, that the trains are ready, that the stations are ready, so that it opens on 24 May.

“The sourpuss secretary of state for transport, I’m afraid, is another example of the government’s anti-London stance.”

The Elizabeth line was originally due to open under central London in December 2018, before Crossrail’s then executives admitted the project was far behind schedule, only months before the official opening. The scheme, which includes 10 new stations and 26 miles of new tunnels, escalated in budget from £ 14.8bn to £ 18.9bn.

Part of the delay and cost has been due to Crossrail’s complicated signaling, which integrates three different systems. Trains will run automatically in the central tunnels but need to switch to different signaling systems on the eastern section of the railway to Shenfield and on the lines to Reading and Heathrow in the west.

Until that system is fully operational, passengers traveling on the existing TfL Rail outer branches will need to change at Paddington or Liverpool Street stations. Trains from east and west will directly cross the central section later this year, and services running all the way through are expected to start next year.

More signs with the purple livery of the Elizabeth line will be uncovered in the coming weeks, as well as the updated tube map showing the connections with the rest of the TfL network. Bus services will also be changed in east London to connect with the new stations.

Bond Street station, a Crossrail site that has been occupied by construction problems, will not be open for Elizabeth line services when they commence, but TfL said there had been “good progress” and it is expected to be in use by the end of 2022 .

London’s Elizabeth line is to open on 24 May, it has been announced, with the long-delayed tunneled central section of the £ 19bn Crossrail project now ready for passengers. Transport for London (TfL) said the line would open, subject to final safety approvals, the week prior to the Queen’s jubilee celebrations. The line will massively…

What a weak rand means for crypto arbitrage