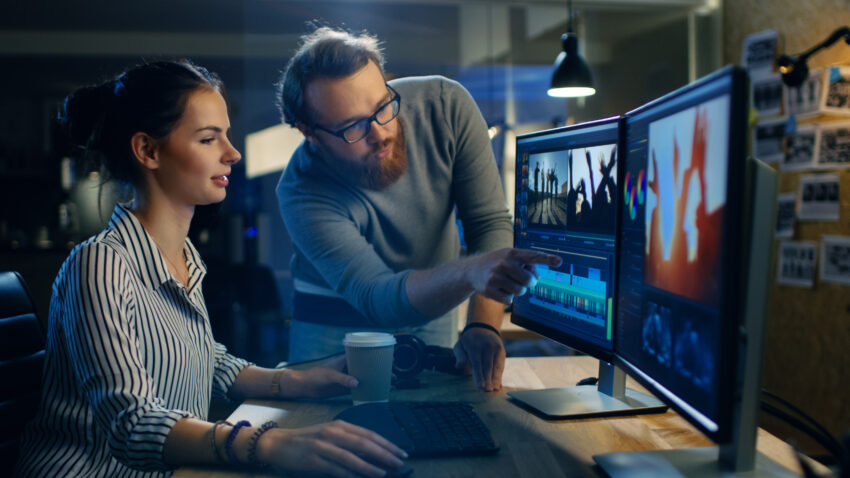 Is video production the future of marketing?

In the past decade, cultural and technological changes have resulted in a massive shift in the way we consume information. The majority of us now spend a significant portion of our day on digital platforms which center around video footage, especially on social media.

The marketing industry has started to catch up with these trends, adopting fresh approaches which have revolutionized the way the advertising industry operates. In this article, we take a deeper look into just why the future of marketing lies in working with a video production company, with a look at some of its many benefits.

An increasing number of people primarily use their phones to navigate the internet. Video is one of the most mobile-friendly forms of media, with around 90% of the public regularly watching videos on their mobile devices. The dominance of smartphones has also changed the way people interact with their surroundings. When people commute to work, they’re no longer looking up at billboards and other forms of traditional forms of marketing, they’re more often than not looking down at their phone, scrolling through social media, watching, you guessed it – videos.

Videos are engaging and have a positive effect on conversion rates and sales. Videos are especially effective with physical products. A product video on a brand’s landing page can have a massive effect on sales, with an increase of 101% in CVR in the electronics niche, and 43% in home and garden. Explainer videos also have a massive positive effect on conversion rates, helping consumers to both understand and gain a sense of confidence in the product they’re looking to purchase.

Many people may think that achieving SEO is achievable simply by using as many keywords as possible. While this used to be the case, Google’s algorithms are now far more sophisticated, and one of the many factors that Google now rewards is the inclusion of video content. A study by Moovly found that including a video on your site increases your chances of achieving a first-place ranking on Google by 53 times compared to sites without any videos.

While many people still need to engage with text-based information in their working lives, the ability to consume information passively through videos offers a chance for people to switch off a little while not at work. Videos are easy to watch, often fun and engaging. Often people will be happy to read an article, but when they are not, it’s important to have a form of media on your site which can be consumed in a more passive manner. Failure to use both can, at worst, result in actively alienating certain demographics, while at best mean you’re not engaging with your target audience to your maximum capacity.

For years, the classic approach to marketing lay in static graphics, with some catchy texts. Think big billboards, newspaper double-page spreads. In the past decade, cultural and technological changes have resulted in a massive shift in the way we consume information. The majority of us now spend a significant portion of our day on digital…