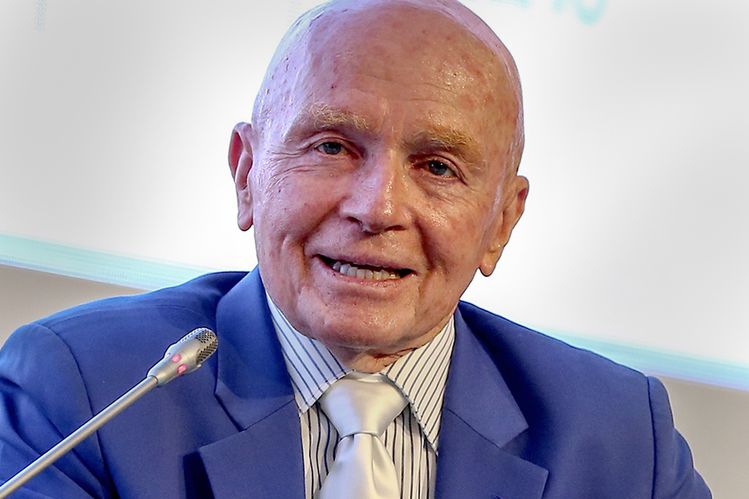 Veteran emerging markets investor Mark Mobius has warned investors not to “buy the dip” following the latest crash in bitcoin’s price, predicting a meltdown in the crypto market could drive its price to as low as $ 10,000 in the coming months.

Bitcoin has suffered huge losses over the past week, plummeting by as much as 23% between 9 May and 12 May amid a sell-off that wiped billions of dollars from the crypto market.

READ Crypto is imploding – here’s all you need to know

Ether, the second-largest cryptocurrency behind bitcoin, posted an 18% decline since May 9, while TerraUSD – a stablecoin – broke its peg to the dollar following a severe slump.

Mobius said while some crypto traders had previously been successful in practicing the ‘buy the dip strategy’ – where investors pile into an asset class when the price drops in the hope it will then rise – it was not a strategy that would pay off while the market still had some way to fall.

READ How a stablecoin crash shook the crypto market

The frenzied selloff has dented the combined global market value of all cryptocurrencies to $ 1.2tn, down from around $ 2.9tn in November, according to CoinMarketCap.

The meltdown has also hit Coinbase, the biggest US crypto exchange. Its share price plunged by more than 40% in the past week after it reported a slide in revenues and trading volumes during the first quarter. Coinbase shares are down 78% over the past 12 months.

Mobius has previously warned about the volatile nature of cryptocurrencies, claiming some investors were piling into bitcoin because interest rates being offered were far better than bank deposits.

In October, the 85-year-old investor told UN that crypto “could really blow up”, claiming it was a risk that central banks “should be paying attention to”.

To contact the author of this story with feedback or news, email David Ricketts