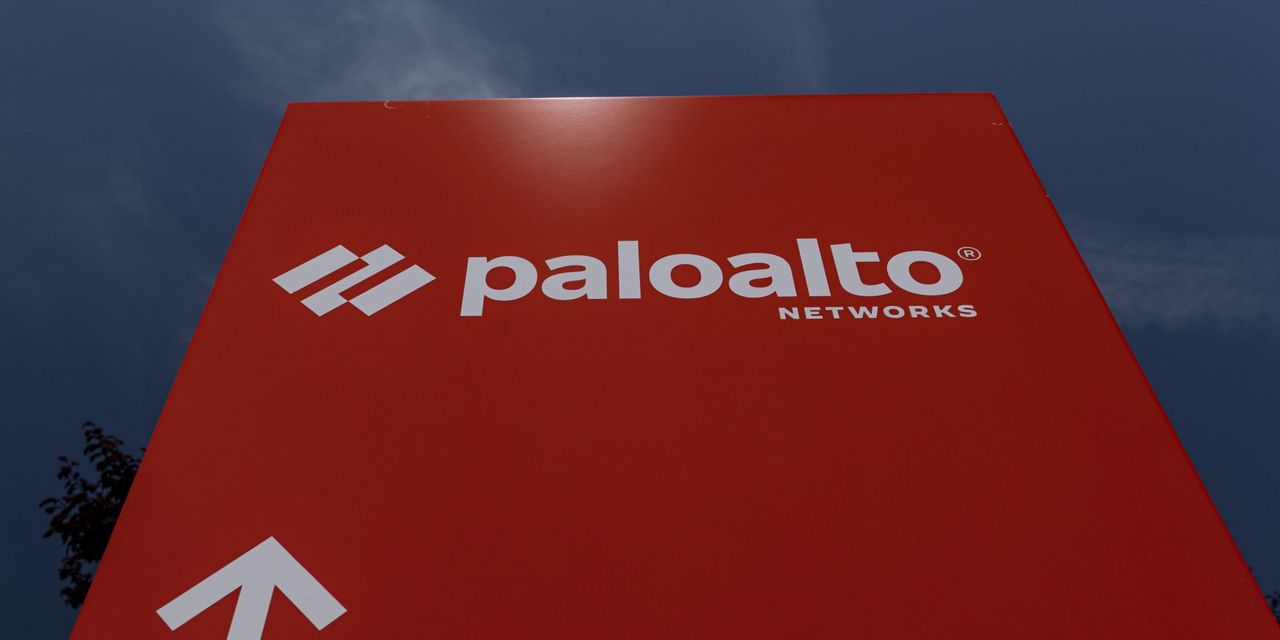 Palo Alto Networks Inc. shares rallied in the extended session Thursday after the cybersecurity company beat the Street’s expectations for the quarter and hiked its full-year guidance for a third time in a row.

“We saw strong top-line growth in Q3, which is a testament to our teams’ consistent execution in capitalizing on the strong cybersecurity demand trends,” said Nikesh Arora, Palo Alto Networks PANW,

chief executive and chairman, in a statement. “On the back of this strength across our portfolio, we are again raising our guidance for the year across revenue, billings and earnings per share.”

Revenue rose to $ 1.39 billion from $ 1.07 billion in the year-ago quarter. Billings, which reflects future business under contract, rose to $ 1.8 billion, compared to $ 1.27 billion a year ago.

Palo Alto Networks has gone more than well over a year without announcing a new acquisition, following a four-year M&A spree, having acquired a dozen companies – the largest being attack-surface management company Expanse Inc. and security orchestration, automation and response company Demisto Inc. – for a total cost of about $ 3.3 billion. In August, the company said it was not looking for any more acquisitions, a stance that Arora reiterated last quarter.

Palo Alto Networks shares are up 30% over the past 12 months. In comparison, the ETFMG Prime Cyber ​​Security ETF HACK,

is off 5%, and the tech-heavy Nasdaq Composite Index COMP,

Back in December, Palo Alto Networks joined the Nasdaq 100 Index NDX,
,
which is down more than 10% over the past 12 months.