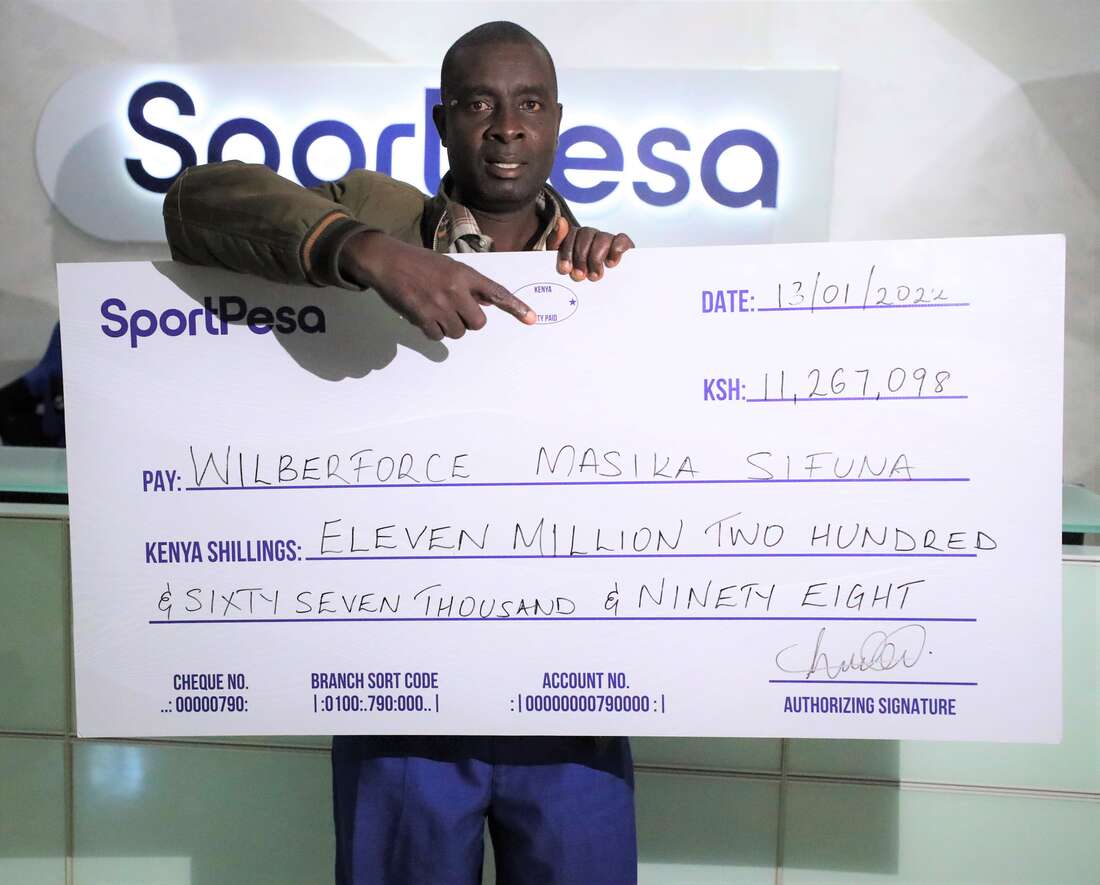 Kenyan gamblers won Sh380.53 billion in betting payouts from SportPesa between November 2013 and June 2019 when the company operated under Pevans East Africa, underscoring the scale of the prizes that are fueling the betting craze.

The amount represents 85 percent of the Sh447.33 billion that gamblers staked in the period, according to Pevans’ audited financial statements and management accounts seen by the Business Daily.

Most punters use part of their winnings to place new bets, meaning that the sums spent on betting represent the impact of recycled profits as well as growth in the number of customers and intensity of gambling.

The payouts comprise ordinary bets and jackpots where winners earn millions of shillings, pointing to the pull of the betting craze as Kenyans eye quick cash from popular sporting events such as soccer.

A small group of lucky punters has struck it rich, including winners of mega jackpots. Most participants, however, eventually book substantial losses from the activity.

The documents show that gamblers’ best year was in 2018 when their combined winnings peaked at Sh129.6 billion, rising from Sh95 billion the previous year.

Pevans’ shareholders, comprising a few individuals, reaped the largest gains as the company recorded net earnings of Sh13.24 billion in the 68 months it operated in Kenya, an amount that is similar to the current market value of Bamburi Cement.

Other big winners in the betting craze are the Kenya Revenue Authority (KRA) and mobile money operators whose platforms are used to fund the bets.

The gaming firm ceased operations in July 2019 after the Betting Control and Licensing Board (BCLB) revoked its license over unpaid taxes and penalties that the taxman estimated at Sh95 billion.

The sports betting brand made a comeback to the Kenyan market in October 2020 under a new company called Milestone Games whose business performance remains a secret.

Pevans’ records show that punters used Sh149.73 billion to bet through SportPesa in 2018, up from the Sh111.51 billion they spent a year earlier.

The disclosures show that the amounts gamblers used to stake and payouts by the firm were on a steady rise from 2014 until the company closed shop.

Gamblers used Sh1.27 billion to bet through SportPesa in the 14 months to December 2014 and received Sh977 million as payouts. Betting stakes rose to Sh15.8 billion while payouts increased to Sh12.34 billion the following year.

But the financial impact of the vast payouts remains unfelt given that most punters plow back the winnings to bet, ultimately losing the money.

While a few gamblers get lucky and win large sums of money, the activity represents missed opportunities and losses for participants as a whole.

The huge payouts and amounts spent highlighting how betting had become the preferred pastime for millions of Kenyans, prompting a government crackdown and imposition of higher taxes to stem the sector’s growth.

SportPesa was one of the 10 firms, including Premier Betting Kenya, Gameco LLP, Magic Slots and Cheza Gaming, whose licenses were revoked in 2019 over the tax dispute.

Parliament last year approved a 7.5 percent excise tax on every betting stake, adding to a 20 percent withholding tax that the KRA takes from every winning bet.

Betting firms are required to withhold and transfer to the KRA Sh7.50 out of every Sh100 wagered regardless of whether the punter wins or loses. For every Sh10,000 that a gambler wins, the KRA takes Sh2,000.

Betting firms are taxed on the gross gaming revenue – turnover minus winnings paid out – at a rate of 15 percent and a corporate tax on profits at a rate of 30 percent.

The Treasury is currently pushing for an increase in the excise tax on betting stakes to 20 percent through the Finance Bill 2022, highlighting the government’s resolve to slow down the betting craze.

The Bill is currently in Parliament and will be passed before the end of June, with gamblers likely to lose more of their stakes if lawmakers adopt the Treasury’s proposal.

But the number of betting firms increased to 100 in the year ending June 2021 from 76 the year before despite the imposition of the high taxes meant to make betting unattractive.

The SportPesa brand’s return to the market sparked controversy after it emerged that some shareholders of Pevans, including Asenath Wachera Maina and Paul Ndungu, were left out of the new operation – Milestone Games.

Owners of Milestone Games, including Ronald Karauri, controversially made moves to transfer the SportPesa brand from Pevans where they also hold shares.

The High Court has temporarily stopped Milestone Games – in which Mr Karauri has a majority stake – from using the SportPesa brand in a case filed by Mrs Maina.

Parties listed as defendants in the case include the Registrar of Trademarks whom she accused of negligence and abetting fraud in the transfer of the SportPesa trademark.