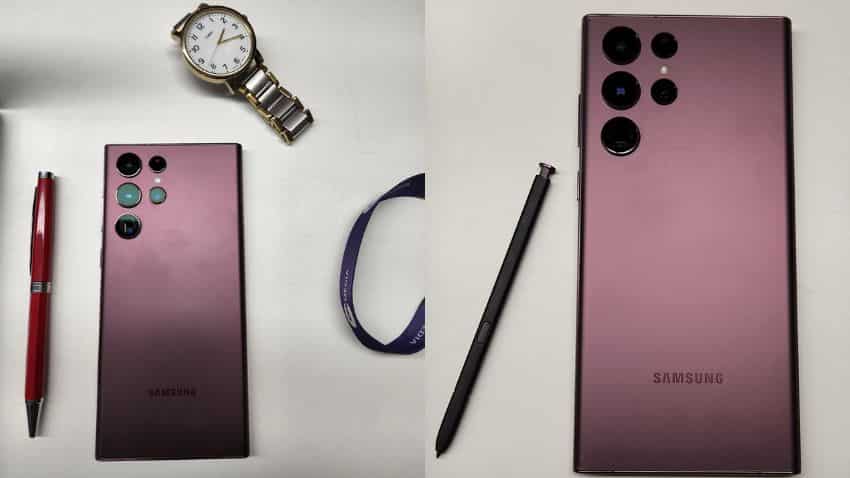 The Samsung Galaxy S22 Ultra is priced at Rs 1,09,999 for the 12GB + 256GB option. Meanwhile, the top-of-the-line 12GB + 512GB model is priced at Rs 1,18,999. Samsung offers the Galaxy S22 Ultra in Phantom Black, Phantom White, and Burgundy and brought Snapdragon 8 Gen 1 SoC for the first time in India. The smartphone is competing the Apple’s latest and flagship phone iPhone 13 Pro and iPhone 13 Pro Max. This phone is easily the most powerful and versatile Android smartphone at present. While the Note series is officially dead, With S Pen, the S22 Ultra embraces the legacy of the Note while opening up new ways to be creative and get things done.

In terms of design and looks, the Galaxy S22 Ultra 5G has ticked all the right boxes. Front and back panels of this phone also gives you premium feeling and you can definitely go for it. It feels amazing in your hands and the build quality is pretty solid this time. The good thing about this smartphone from Samsung is the back panel, which rarely attracts fingerprints. Also, the Samsung Galaxy S22 Ultra and the S Pen are IP68 rated for dust and water resistance. On the rear side of the Samsung Galaxy S22 Ultra, you can easily see a quad-camera setup with the LED flash and Samsung branding at the bottom. On the top you get an IR sensor, on the right you will see volume rockers and home button and the bottom includes the S-Pen, the S-Pen slot, speaker grille, USB Type-C port for charging and a SIM card slot . 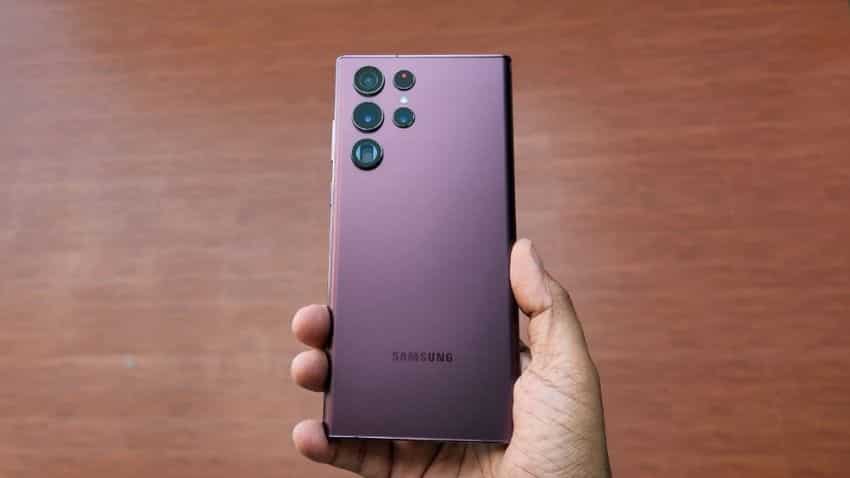 In terms of display, Samsung Galaxy includes a 6.8-inch Edge QHD + Dynamic AMOLED 2X display, with support for 120hz screen refresh rate, and also Eye comfort shield support. This panel is HDR10 + certified and has a peak brightness of 1750 nits as well. You will also see the punch-hole camera in the center top of the display with an in-display fingerprint sensor and face recognition which worked pretty smoothly and lag-free during the review period. The display of Galaxy S22 Ultra offers good colors and sharpness in various light conditions. Even in direct sunlight, the display worked extremely well. The fingerprint sensor works well too and the high refresh rate makes this phone really premium. The overall experience while using the screen was smooth and lag-free. Our multimedia experience was great, the colors came out good on the screen while playing games and watching movies. The good part is, with S-Pen that offers 70 per cent lower latency that the earlier versions, you can write and draw more naturally on S22 Ultra’s expansive screen and explore apps in new ways. 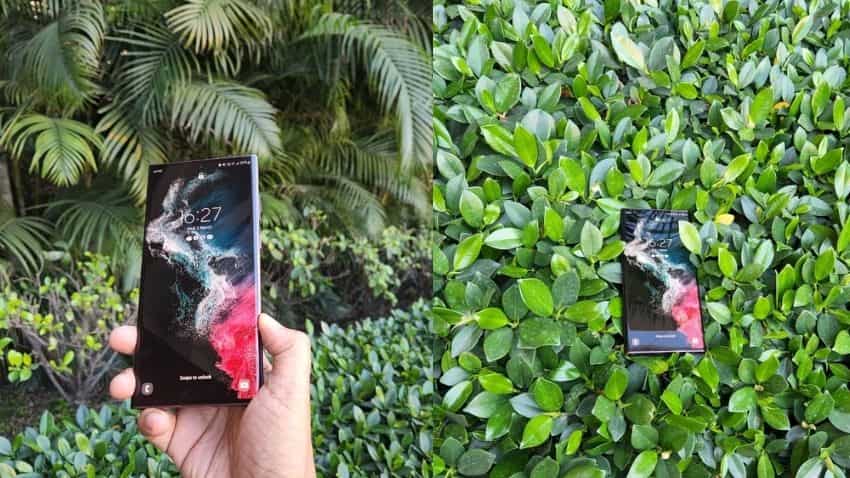 Samsung Galaxy S22 Ultra comes with a quad rear camera setup that includes a 108MP wide-angle camera, a 12MP ultra-wide angle camera and a 10MP telephoto camera and support for 3x optical zoom. The device also comes with a fourth 10-megapixel telephoto camera with an f / 4.9 aperture lens and 10x optical zoom. The camera supports Space Zoom, like its predecessor, with 10x optical zoom and 10x digital zoom with AI Super Resolution technology. Samsung Galaxy S22 Ultra has a 40-megapixel camera sensor in the front with an f / 2.2 aperture lens. For pro camera users, Samsung S22 Ultra has advanced Nightography features allow them to snap crisp, clear videos on both the front and back cameras.

The Galaxy S22 Ultra is built with a 2.4um pixel sensor – Samsung’s largest pixel sensor ever, enabling its camera lenses to capture more light and data and optimizing the lighting and detail of your video clips. S22 Ultra’s advanced ‘Super Clear Glass’ lens will help you take smoother and clearer night-time videos without flares. Meanwhile, video Auto Framing ensures your camera always captures exactly who you want, whether that’s one person or a group. While reviewing the Samsung Galaxy S22 Ultra, we used most of the modes to check the camera performance and we found that device took very sharp and detailed pictures in various light conditions. 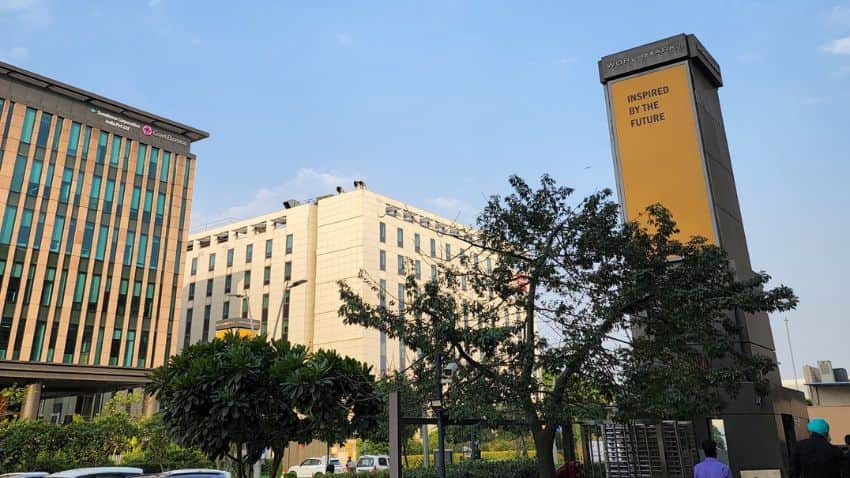 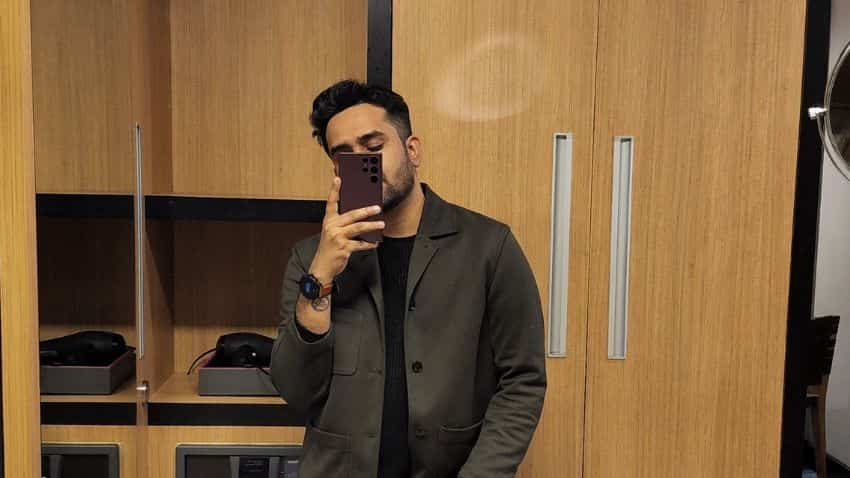 The photos we captured were colorful and beautiful. While taking multiple shots with different modes, the Galaxy S22 Ultra did a decent job here. The videos also came out good on this mobile phone. Thanks to Director’s View feature, it will take your video experience and to next new levels. If we compare the images captured with Samsung Galaxy S22 Ultra in low light conditions in normal settings with iPhone 13 Pro, this Samsung phone is giving some really tough fight to iPhone 13 series. Also, the zooming capabilities will get you 100x closer to the action. In terms of front camera performance, the smartphone captures good shots in various lights. However, I faced heating issues while taking multiple shots for long durations. The front camera of the phone is also pretty good. It captures the colors and details well even in the low light conditions.

The Samsung Galaxy S22 Ultra 5G is equipped with Qualcomm Snapdragon 8 Gen 1 processor, which ensures high speed and unstoppable performance. On the software side, the Galaxy S22 Ultra runs One UI 4.1 is based on Android 12. The new version has small tweaks throughout the interface and menus which look good. The Snapdragon 8 Gen 1 processor chipset makes the gaming experience smooth and lag-free on this smartphone. The good thing is the UI is very easy to use and users might not face any issues. 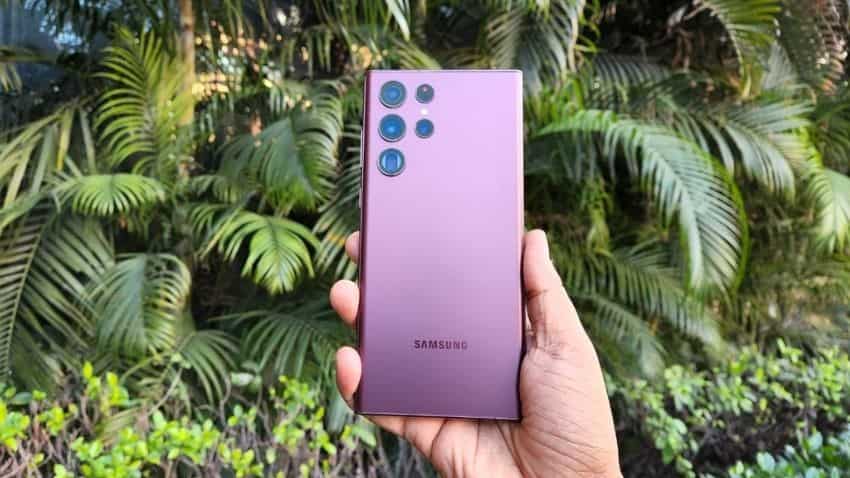 While playing heavy games and other light gamers, we saw lag-free gaming here. The graphic quality was excellent in basic settings. But, while playing games and watching videos on Netflix, I saw some heating issues. The device is equipped with the latest 4nm processor, which powers Samsung’s most advanced AI and ML processing. Also, Samsung has promised to support up to four generations of Android OS upgrades for S22 series. In terms of battery specifications and performance, the Samsung Galaxy S22 Ultra is equipped with a 5,000mAh battery with support for fast charging at 45W, and supports wireless charging at 15W along with Wireless PowerShare for reverse wireless charging. Once fully charged, the Samsung Galaxy S22 Ultra lasted for almost a day during normal to medium usage. During camera and gaming session, the battery drains quickly. Bit, the device only took 1 hour time to reach 100 per cent. As I said above, the device did heat up during video streaming for long hours. Overall, the battery size, did not disappoint us.

Samsung Galaxy S22 Ultra 5G verdict: There’s nothing wrong in saying that Samsung Galaxy S22 Ultra is the Note smartphone. S22 Ultra took the mobile experience to super premium by merging the best Galaxy features of the Note and S series. For those who prefer premium Android phones over iPhones, this Samsung might be the right choice. It comes with a flagship tag, premium features and competing with Apple iPhone 13 Pro.