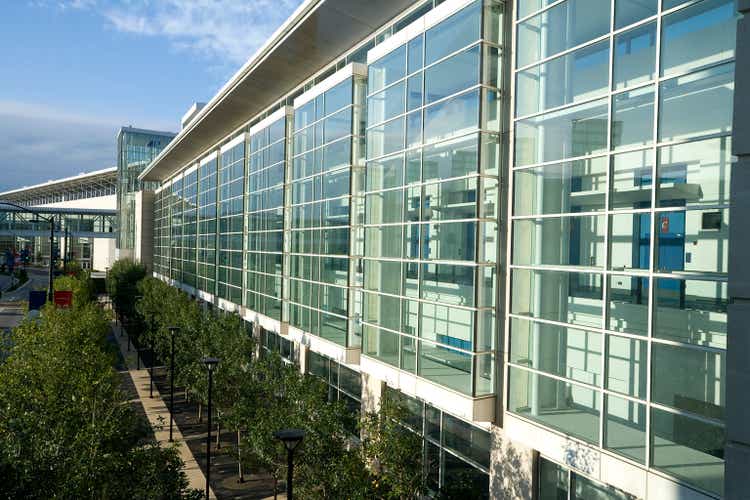 The 2022 American Society of Clinical Oncology Annual Meeting that begins June 3 is perhaps the most eagerly anticipated medical meeting of the year.

Thousands of abstracts and studies will be presented from pharma and biotech companies large and small.

Some of the results are eagerly anticipated and have the potential to materially impact a company’s stock.

Here’s a look at some presentations to look out for.

Should the data be strong in this setting, it could provide a boon for Enhertu as these patients typically cannot use other HER2 therapies. This includes Roche’s (OTCQX: RHHBY) Herceptin (trastuzumab) and Perjeta (pertuzumab), and Seagen’s (SGEN) Tukysa (tucatinib).

In February, the companies released some positive data on DESTINY-Breast-04.

Gilead’s (NASDAQ: VALID) Trodelvy for HER2-negative breast cancer. While Gilead (GILD) in March said that Trodelvy met its primary endpoint in a late-stage trial in patients with HR + / HER2- metastatic breast cancer, details were scant.

There is a question of whether the results are clinically significant. When the results were announced, Gilead filed a Q&A document on the results with the SEC, a rather unusual move. Final overall survival data is expected in 2024.

In addition, as Evaluate Vantage’s Jacob Plieth pointed out in March, Trodelvy’s target population could overlap with that of Enhertu’s.

Other indications for tislelizumab include non-small cell lung cancer (NSCLC). The US FDA is expected to act on an application for esophageal squamous cell carcinoma in the second line by July 12.

Companies presenting on anti-TIGIT drugs. Given the failure earlier in May a second time of Roche’s (OTCQX: RHHBY) anti-TIGIT immunotherapy tiragolumab in a late-stage trial for NSCLC, other presentations of anti-TIGITs will be paid attention to. Roche is slated to present further data from the SKYSCRAPER-02 trial at ASCO.

This includes Beigene’s (BGNE) ociperlimab as a first-line treatment for advanced hepatocellular carcinoma. The candidate is also in phase 3 for non-small cell lung cancer.

Though not presenting, iTeos (ITOS) is partnered with GlaxoSmithKline (NYSE: GSK) on the anti-TIGIT EOS-448 in several indications.

Also, Arcus Biosciences (RCUS) and Gilead (GILD) are expected to present a data update on the phase 2 anti-TIGIT candidate domvanalimab in NSCLC in the second half of the year.