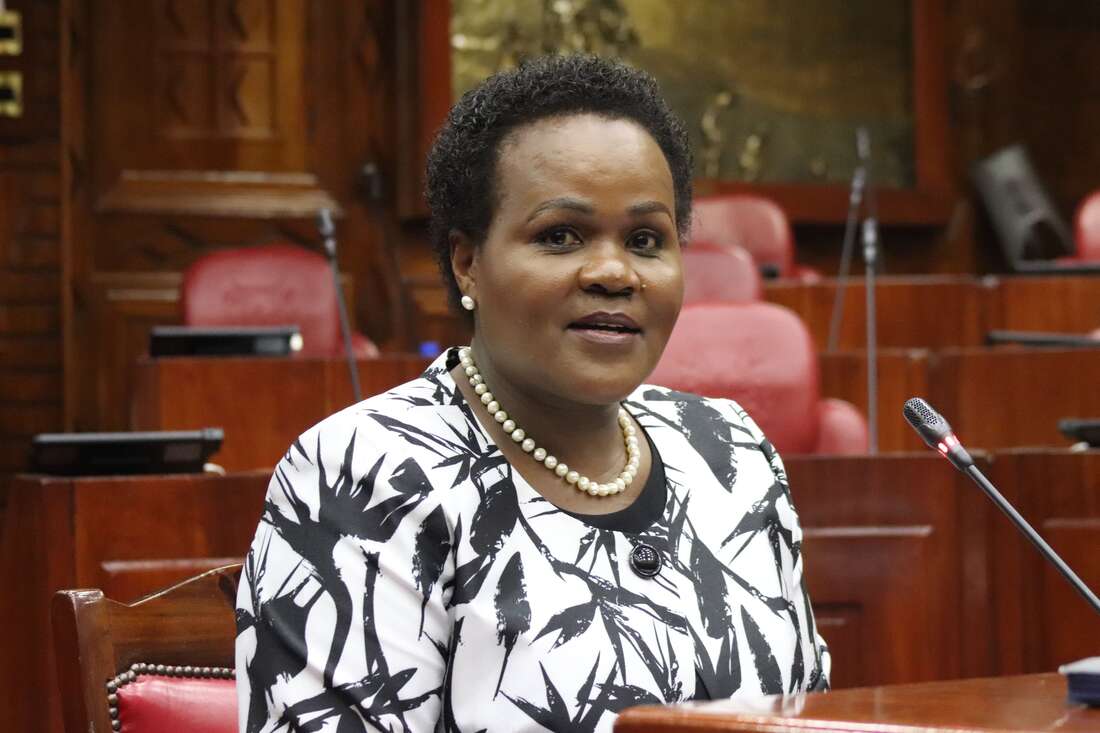 Kenya’s ambassador-designated to China Mary Muthoni is worth Sh400 million, making her the richest of the 21 envoys that Parliament approved for appointments last evening.

Ms Muthoni is closely followed by former nominated MP Amina Abdalla, who declared her net worth as Sh340 million. Ms Abdalla will take up ambassadorial duties in Oman.

Ms Muthoni, 59, is the chairperson of the Retirement Benefits Appeals Tribunal and a member of several retirement benefits schemes. She is a seasoned lawyer with over 30 years of experience and a long-serving member of the Federation of Women Lawyers (Fida).

Former Information Communications and Technology (ICT) Principal Secretary Bitange Ndemo is the third-richest on the list of nominees. Prof Ndemo, who is heading to Belgium, declared his net worth to be Sh190 million.

The report of the National Assembly’s committee on Defense and Foreign Relations on the vetting of the 21 ambassadorial nominees only reveals their net worth in block figures without disclosing a detailed breakdown of the sources of their wealth.

Outgoing National Assembly Clerk Michael Sialai (Namibia) put his net worth to be Sh151 million while Maj-Gen George Owinow (Uganda) said he is worth Sh140 million.

Gitonga Chege, who will take up his posting in Cuba, and ambassador-designated to Qatar Boniface Mwilu each said they are worth Sh150 million.

Nominees Michael Okoth (Spain) and Richard Bosire (UNESCO) each declared their wealth to be Sh75 million while Mary Kamau (Pakistan) said she is worth Sh97 million.

Mary Wangui who is going to Austria said her net worth is Sh70 million while Thomas Chepkuto (Somalia) has net assets of Sh58.6 million.

Margaret Wambui Ngugi Shava (Netherlands) and Maj-Gen Ayub Matiiri (Egypt) each said they were worth Sh50 million. The nominee for Djibouti Salim Mohamed Salim put his net worth to be Sh15 million.

Wealth declaration for those seeking top public offices is anchored in the Constitution as a tool in the fight against corruption.

The full financial disclosure is meant to allow the Ethics and Anti-Corruption Commission (EACC) to detect and prevent corruption when top public servants are serving in office.

Parliament had in 2020 proposed a raft of changes guiding the vetting of presidential nominees for Cabinet, principal secretary, and ambassadors that would have compelled them to provide a detailed breakdown of their sources of wealth across asset classes such as shares, land, real estate, and cash. At present, a nominee’s wealth declaration is not interrogated.