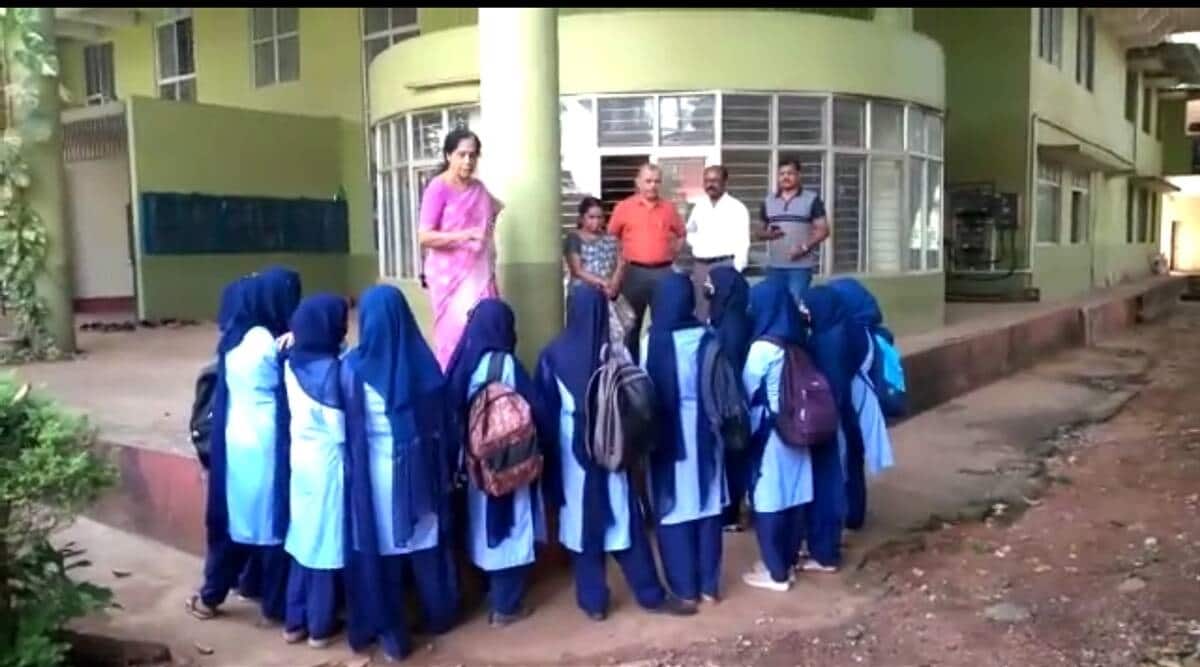 In a video that was reportedly recorded on Saturday morning, a few female students were seen wearing hijab at the Mangalore University campus. This is a day after the University issued an advisory making it mandatory for all students to wear uniforms. The video shows the Principal of the University, Anusuya Rai, trying to counsel the group of students about the need to attend classes without wearing hijab.

After deliberating on the issue in a college council meeting, the Vice-Chancellor, Principal, and other top members had decided to issue the advisory in line with the March 15 Karnataka High Court ruling stating that the students cannot protest against school uniform while dismissing the petition by a group of Muslim students requesting the HC to allow wearing hijab inside classes.

The three-judge bench had further noted that prescribed school uniforms are part of reasonable restrictions and not unconstitutional in nature.

In the case where a uniform is not prescribed by the college management authority, the HC stated that students must wear clothes that will “maintain equality and unity, and which does not disturb public order”.

Stressing the need to adhere to the HC and the government orders, Karnataka CM Basavaraj Bommai said, “There is no need to create hijab controversy (again), the court has given its order, all have to abide by the court and the government order . Majority of them are following it. The syndicate’s resolution is also that court order has to be followed… according to me, studies should be important for students. ”.

Addressing a group of reporters, VC Subrahmanya Yadapadithaya said that the prescribed dress code will in no way affect the education of Muslim girl students. “The current development will be considered as a special case for the benefit of students and some one-time measures will be taken,” he assured.

The girls who came to campus wearing hijabs were sent back home on Saturday.