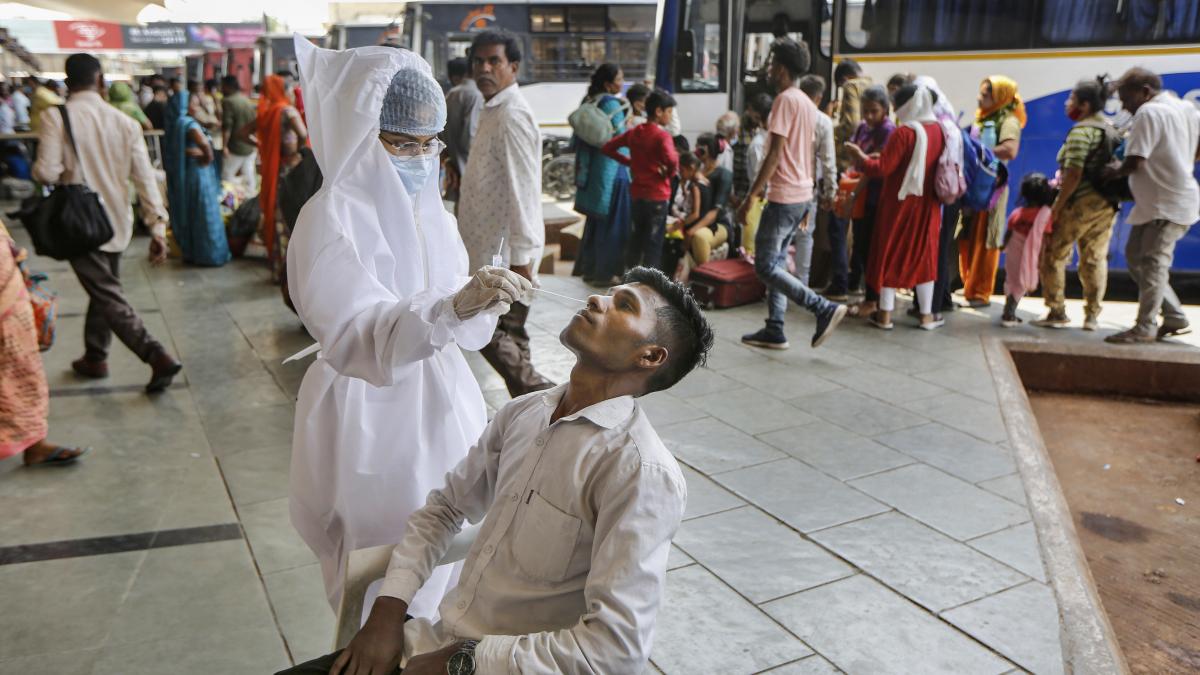 The current rise in COVID-19 cases is not a harbinger of a “new wave” but an “expected fluctuation” during endemic prevalence, experts have said, emphasizing that lack of mask-wearing and low intake of booster shots may be reasons behind the surge.

They also said the recent surge is due to increased travel, social gathering and economic activities resulting in a greater possibility of the transmission of the virus.

Noted virologist T Jacob John said the present increase in cases is not like a surge but a gradual increase that is not steady or uniformly distributed.

A few states lead, others are not involved. In those states, the phenomenon is mainly a big city picture, not widely spreading. This pattern is not a harbinger of a new wave but expected fluctuations during endemic prevalence, “he said.

“A wave must have more numbers than the previous day consistently – that is not the case for us now, he told PTI.

He said not wearing and not taking booster shots can be two main reasons for the surge.

Who gave the orders that people need not wear masks any longer. Who advised that people should continue wearing masks in places where people assemble indoors? That one behavior alone is sufficient to explain the gradual increase in cities, “John said.

The second obstacle, he said, is people not taking booster doses.

John, a former director of the ICMR’s Center of Advanced Research in Virology, said less than five per cent of those who had a second dose had taken their boosters.

Who is responsible for this low coverage? I understand people are not trusting the government regarding vaccine safety – and the government is not bothered either.

” When the threat of epidemic is no longer urging people to opt for a complete immunization schedule, people will not accept the risk of severe adverse reactions, he said.

He refuted claims that new variants are responsible for the surge.

Currently the popular feeling is that BA.5 and BA.4 are causing the increase. On the other hand, when viruses are encouraged to spread, the faster-spreading ones will show up, he said.

Then, Omicron is the predominant variant and even though two new sub-lineage of Omicron, BA.4 and BA.5 have been reported to be slightly more transmissible, those sub-lineage are barely present in India and not enough to fuel a major spike.

“There is no evidence of the emergence of a new variant of concern. Putting all of these together, it is fair to conclude that the current localized surge is not a start of a new national wave, he said.

To put the surge in context, he said there are two things to remember. One, neither an earlier SARS CoV2 infection nor the COVID-19 vaccination (at least not the ones which are being used in India) are known to prevent subsequent infection.

“Second, now SARS CoV2 is present in all settings and is likely to stay around for long. Alongside, COVID-19 being an infectious disease, the rise and fall in these cases is going to be a routine process. What we are seeing in select Indian cities and states in terms of a spike in COVID-19 cases is on expected lines, he told PTI.

A rise may be seen in additional cities and states in months to follow but with every rise “we should not jump to the conclusion that it is a fresh wave, he said.

Giridhar R. Babu, who also heads Lifecourse Epidemiology at the Indian Institute of Public Health in Bengaluru, said there is a need to stop numbering waves, especially when the UK has seen three waves within six months.

Waves result from myriad factors, including testing levels, case definition, etc. Instead, each outbreak should be promptly identified and controlled.

“Given an uptick in new deaths attributed to COVID-19 observed in a few countries (in European Union, the US, Portugal, Taiwan, New Zealand, and England.), It is important to continuously track data from epidemiological assessment and correlate with genomic sequencing, he said.

He said the plausible reason behind the surge in cases is mostly due to the newer sub-lineages, as seen in the rest of the world.

After a prolonged period of Delta dominance and subsequent omicron variant, BA.2 is overtaken by a combination of several sub-lineages (BA.4, BA.5, BA.2.12.1, etc.), it is very unlikely that this is not the same reason in India as well, “he said.

The proportion of persons covered with booster doses, especially among the vulnerable, and appropriate ventilation to ease crowds in congested spaces are key determinants of overall control of the wave, he stressed.