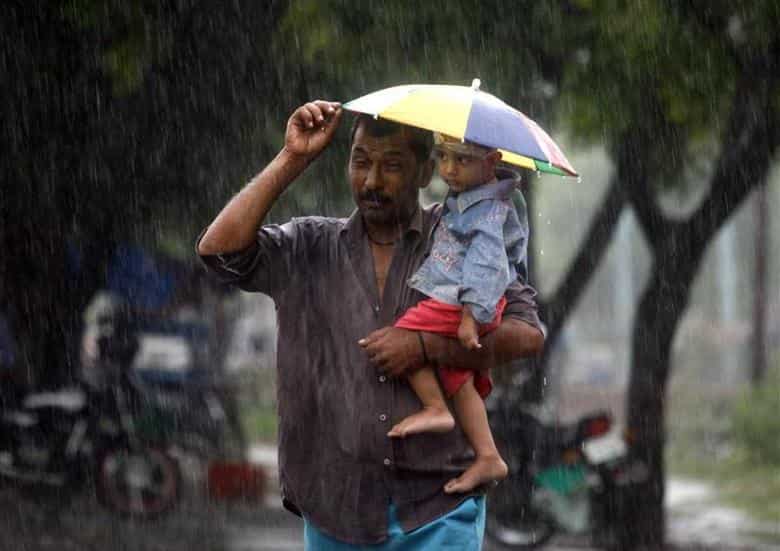 The Indian Meteorological Department on Sunday said an intense spell of rainfall is likely to continue along the west peninsular coast during the next two days. It had confirmed on Saturday that the southwest monsoon entered Konkan, including Mumbai and the central part of Maharashtra.

The weather department earlier on Thursday had said the monsoon is on its normal trajectory as expected and further stated that the current spell of heavy rainfall is likely to continue over Northeast India and Sub-Himalayan West Bengal as well as Sikkim during the next five days.

As the monsoon slowly and gradually advancing further, the department said that the heatwave conditions are likely to continue in isolated pockets over Punjab, Haryana, Delhi, and southeast Uttar Pradesh during the next two days and abatement thereafter.

Senior IMD scientist RK Jenamani said monsoon touched the Kerala coast on May 29 and covered the south and central Arabian Sea, Kerala, parts of Karnataka and Tamil Nadu and the entire northeast between May 31 and June 7.

The monsoon accounts for around 70 per cent of the country’s annual rainfall and is considered the lifeline of its agriculture-based economy.

“We have strong monsoon features – there are strong winds and clouds have started developing – for the next two days,” Jenamani added.

The scientist said conditions are favorable for the further advance of monsoon over Goa and some more parts of Maharashtra, Karnataka, Andhra Pradesh and Tamil Nadu in the next two days.

The India Meteorological Department (IMD) had last month said the southwest monsoon will be normal and quantitatively be 103 per cent of the 50-year average of 87 cm rainfall received in the entire season.

It will be the seventh consecutive year when the country would receive normal rainfall during the June-to-September period.