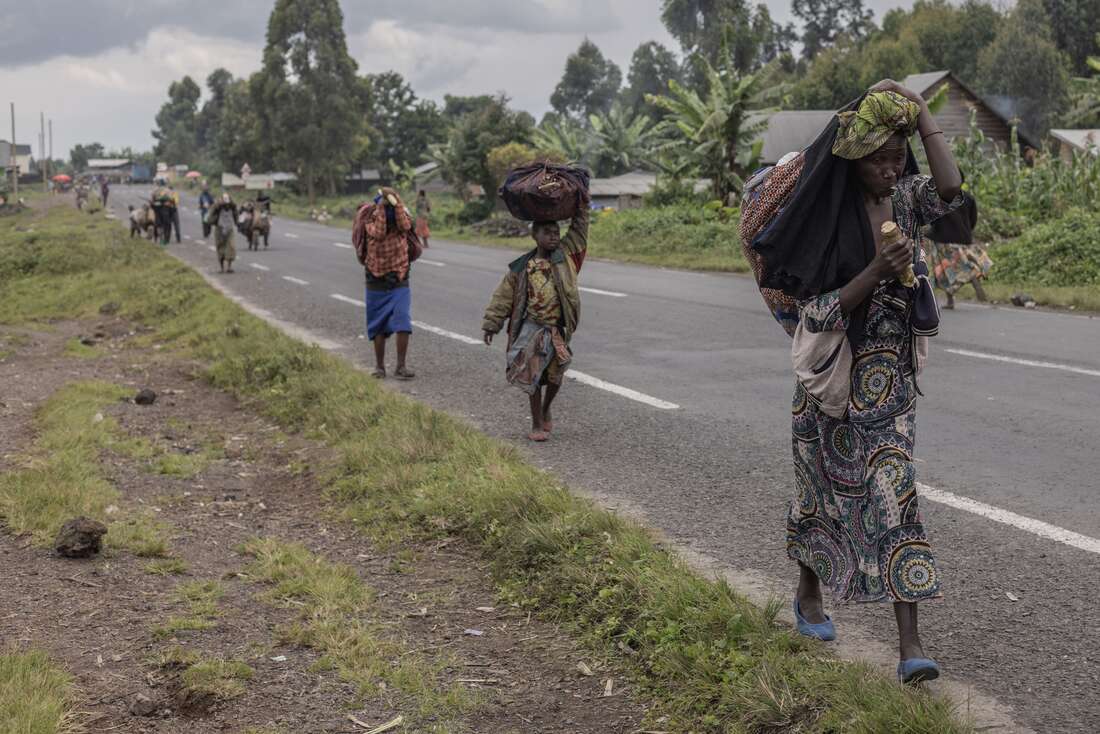 Regional authorities in the eastern Democratic Republic of Congo said Rwandan soldiers and artillery had supported attacks by the M23 rebel group on Sunday, accusing Rwanda of seeking to occupy the Congolese border town of Bunagana.

The violence pushed over 25,000 people to flee the area, with thousands escaping to neighboring Uganda, the United Nations humanitarian agency OCHA said.

Congo’s accusations are part of an escalating dispute between the neighbors that has revived old animosities. Rwanda denies backing the M23 offensive.

The office of the governor of North Kivu province said Congolese forces had repelled early-morning attacks by M23, backed by Rwandan forces, near Bunagana and elsewhere.

“The goal pursued by Rwanda is to occupy Bunagana in order not only to asphyxiate the city of Goma but also to put pressure on the Congolese government,” it said in a statement.

The Rwandan government could not immediately be reached for comment. It denies playing any role in M23’s recent attacks, but has echoed M23 charges that Congo is cooperating with the Democratic Forces for the Liberation of Rwanda (FDLR), an armed group run by ethnic Hutus who fled Rwanda after taking part in the 1994 genocide.

On Thursday, Congo accused Rwanda of sending 500 commandos in disguise into eastern Congo.

On Friday, the countries accused each other of firing rockets across their shared border. Congo’s army said one strike killed two Congolese children.